The future of Stamford Bridge: A fan's perspective

Share All sharing options for: The future of Stamford Bridge: A fan's perspective

Arguably the most important thing on display at the Stamford Bridge stadium consultation exercise this week was not the exhibition itself, impressive though I felt it was, or the opportunity for interaction with the consultants, useful though that was. It was the clear intention of the owner for Chelsea to stay at their spiritual home since their formation 110 years ago. In making this unambiguous statement of intent, he is aligning himself with the vast majority of Chelsea supporters who would prefer the club to stay at Stamford Bridge in perpetuity. It is clear that a lot of highly professional work has already taken place towards achieving this aim.

It is less than four years since the Chelsea Pitch Owners fiasco, where Chelsea attempted to buy back the stadium freehold without any real consultation with most CPO shareholders and with a lack of clarity with regard to long term intention. They paid the price for this lack of dialogue, and their lofty assumption that supporters would go along with whatever the club said, when their proposals were defeated after an acrimonious and divisive few weeks that culminated in a stormy Special General Meeting.

To move from that sorry position to the current consultation process on stadium redevelopment is a significant and welcome change of approach. It demonstrates to me that hard lessons were learned in 2011 and the hierarchy (whether it be owner, club or both) realise that supporters value, and expect, the opportunity to give input on relevant issues. Supporters are not mugs, and they are not sheep. To paraphrase Gianfranco Zola, everyone else comes and goes, but supporters are here forever. Engage with them on major issues like adults and they will respond in an appropriate manner.

The level of question, debate and discussion while I was at the exhibition showed this. Even social media, on occasion a natural home for misinformed ranters and wrong-end-of-the-stickers, has in general had a fairly measured response to what was on display.

The exhibition itself was fascinating, and I am sure the completed feedback forms reflected the level of interest. There are plenty of pictures on social media of the various displays and Chelsea supporter Debbie Coady has put together a short blog on her impressions, together with some photos, which is worth taking a look at.

The three tier, non-bowl design was certainly impressive to my eyes, and retention of the names The Shed and The Matthew Harding Stand would show a necessary respect for club heritage. The overall design and architectural features as shown look sufficiently spectacular that, if implemented, they would surely position Stamford Bridge as a truly iconic stadium far removed from the soulless concrete bowls constructed elsewhere in England in recent decades.

There was more detail on show than I feared, and, as examples, asking questions about safe standing (the design has sufficient flexibility that safe standing could certainly potentially be introduced) and intended siting of away supporters (top tier of the Shed End) drew open responses.

The thorny issue of restricting numbers on the Fulham Road, especially post-match, has been addressed by proposing a walkway from behind the Matthew Harding stand to Fulham Broadway station, which was first mooted before Wembley opened (the old Wembley, that is). Plans for a walkway towards West Brompton were not included in the plans as shown, so presumably the tube walkway would suffice.

Many supporters will have reservations about having up to 15,000 corporate/hospitality seats in the East and West stands (from the existing 4,000) in a stadium holding 60,000. If that 15,000 figure is correct then out of an increase in capacity of 18,000, only 7,000 extra seats will be non-corporates, which I would have thought is unlikely to satisfy demand. 25 percent does seem a very high proportion. The consultant I spoke to argued that that number of corporate/hospitality seats would bring in enormous revenue. Thinking about this, logic dictates such revenue could presumably mean considerably lower prices elsewhere in the ground. It also begs the question as to how you fill so many expensive seats if football goes out of fashion (unlikely but not impossible), for relatively unattractive games or if the economic climate worsens significantly. I suspect this will remain a thorny issue.

Issues about the impact on the local community were addressed, with a graph showing that the capacity of 60,000 would still be below that of the stadium up to the 1960s. It will be interesting to hear what the feedback from local residents, as opposed to supporters, was, given their different perspectives. One challenge will be to minimise the impact on local businesses (pubs, restaurants, cafes, shops) if the club moves for 2-3 years.

There are a multitude of stakeholders who need to be consulted as part of the process of planning, constructing and operating a redesigned Stamford Bridge. These stakeholders  include local residents, Chelsea supporters, two councils, the Mayor’s office, Brompton Cemetery, Transport For London,  Metropolitan Police, British Transport Police, local businesses, local landowners, local community groups, emergency services and doubtless others.

The consultation process is bound to be a lengthy one, as the club will be more than aware. It takes consummate skill and patience to successfully engage with such a multitude and diversity of interested parties but those involved certainly seem to be going about it in a professional manner. You only need to look at the confusion and resident/supporter alienation surrounding Tottenham’s proposed new ground to see how troublesome such projects can be.

Chelsea supporters won’t get everything we want in the final design and it is likely to be a case of ‘short term pain, long term gain’ for match going supporters, especially if the club has to temporarily move home for 2-3 seasons, which seems almost certain. On the most optimistic projections from what was said, Chelsea would move out in 2017 for 2-3 years while the current stadium was demolished and the new one built. It is therefore likely to be 2020 at the earliest before a new stadium would open and projects of this type are not immune from slippage.

Certainly the project management is likely to be markedly better than the 1960s West Stand and 1970s East Stand construction projects, both of which suffered overrun, especially the latter. The financing of such a mammoth project is also complex and, though detail is unsurprisingly vague, it seems clear that Mr Abramovich is making an enormous personal commitment in endorsing and driving this project.

Inevitably, feedback I have seen and heard from supporters shows there are some reservations and concerns. No single banked end (a la Dortmund) thereby arguably missing an opportunity to optimise atmosphere vibrancy, the sheer number of corporate seats and the need to properly embrace and celebrate the club’s heritage and history are just three examples. The feedback sheets will collect other concerns and the Chelsea Supporters Trust will be surveying members to get their feedback, which will be passed to both the consultants and the club.

Unfortunately, though I have asked the question of the consultant who showed me round, there are no current plans to put the displays and/or a fact sheet up on the web, or to send them out to season ticket holders and members. Many supporters were unable to attend and are relying on second hand information. Photographs of various displays have unsurprisingly appeared on Facebook and Twitter. Questions were answered pretty openly, but there must be a danger that some supporters will unintentionally misinterpret responses and put them on social media, where they will be taken as gospel by some. A fact sheet would also put all supporters on a level playing field in terms of information received.

Rebuild Stamford Bridge to a 60,000 capacity and there is a real and once-in-a-lifetime opportunity to address current supporter concerns caused by stadium constraints. The opportunity to start from scratch and build a stadium to be proud of, that meets supporter needs in the 21st Century, improves affordability for financially-stretched supporters, allows more young supporters (the future lifeblood of the club) to attend games, creates a vibrant atmosphere and helps to cement Chelsea’s position as a leading force in world football.

Effective supporter input to the facilities and services within the new stadium will clearly improve the chance of getting the fundamentals right and it is essential that this is sought. Lessons can be learned about the arrogance of hierarchies at other clubs thinking they know best when it comes to stadium design and facilities.

Further down the line, detail obviously needs to be given, and dialogue sought, on the thinking on fundamentals such as pricing structure, young peoples and senior citizens allocations, the number of Season Ticket Holders, plans atmosphere optimisation etc. It is, however, probably unrealistic to expect too much clarity on details of this type at this stage. Experience has taught that the devil is always in the detail and undue optimism possibly needs to be held in check until such information is available. 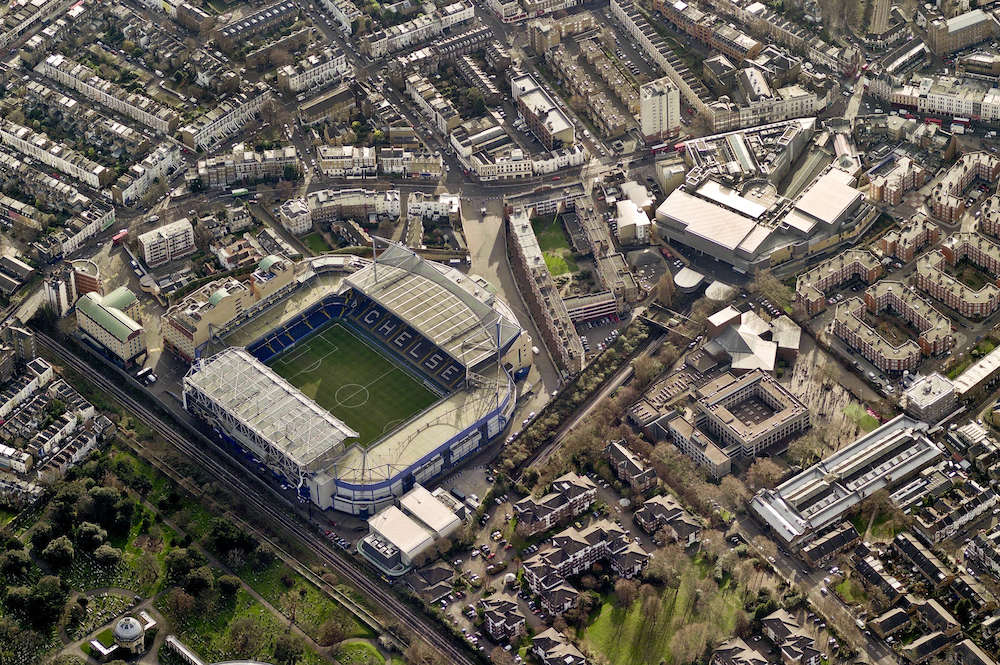 On a related issue, my personal view is that Chelsea Pitch Owners is a unique organisation that needs to remain in place regardless of any redevelopment. CPO owning the freehold to Stamford Bridge is a long-term safeguard for Chelsea supporters irrespective of any redevelopment and I, for one, would challenge any attempt to neuter or remove that safeguard. Zola’s words are, yet again, relevant here.

I understand there will be further open consultation exercises of this type in the months ahead and I look forward to seeing more detail and granularity as time goes on. The future redevelopment of Stamford Bridge is the most important issue facing Chelsea supporters and it is refreshing that a consultation process of this type is taking place, and important that this continues as the level of detail grows. There is bound to be dissension about some of the detail going forward and multi-party stakeholder engagement of this complexity is never straightforward. Trying to look at the bigger picture, and with a few caveats, overall I found what I saw and heard at the consultation process both heartening and encouraging.

Tim Rolls is chair of the Chelsea Supporters Trust but this piece is written in a purely personal capacity, and is not an attempt to reflect the views of the CST board.