Michael Ballack was arguably the most underrated piece of Chelsea’s 2009/10 double winning side. Physically imposing, technically superb and a commanding leader, the German captain gave our midfield balance. Now, five years on, we are within striking distance of securing the Premier League title despite seeing a Ballack shaped hole appear in our midfield of late. Our relentless early season tempo has markedly subsided. Over the past eight weeks both Fàbregas and Matić have looked flat: the fluidity of our midfield disappearing entirely and with that the team has struggled.

While Cesc Fàbregas has largely had an exceptional first season he has looked tired post-December. Many people will naturally say that they saw this dip coming; given Mourinho’s lack of rotation it was almost inevitable. His capacity to provide defensive stability as well as attack from deep has clearly been impacted. However, the extent that some people are trying to push this point is a little extreme. Nemanja Matić looks increasingly exposed due to the volume of work he goes through; no one can be expected to patrol that amount of space.

I wrote recently about how tiredness had impacted the squad during the second half of the season. Grant James made an interesting point in that article stating that "football is now very much a 14 man game, so if Chelsea have only 12 or 13 players that Mourinho trusts, it means the side is effectively playing with one less fresh option in every match". Of players currently at the club only Matić and Fàbregas are of sufficient quality to play in Chelsea’s double pivot. Ramires has been injured and inconsistent; Obi Mikel has barely featured, Aké seems like an afterthought and Chalobah/Romeu/van Ginkel are out on loan.

What Chelsea require more than anything next season is a starting calibre midfielder to deploy next to Nemanja Matić. Crucially that player should be someone who is both physically imposing and technically gifted. It is therefore no surprise that there are strong links to Juventus’ wonderfully talented Paul Pogba. The Frenchman may well be the best box-to-box midfielder on the planet: he truly has absolutely everything that you would want from someone in that role.

At 6’2" Pogba is certainly a robust figure. He has an outrageous capacity to play box-to-box and his grounding in Juventus’ system makes him not only a technically superb player but someone who is tactically astute. Pogba is unlikely to dally around the area and is blessed with a ferocious shot from distance. His presence would improve the entire dynamic of the team: a quicker tempo, more athletic quality in midfield and legitimate game changing ability.

For how highly I rate Pogba his potential signature presents a few problems. Given the choice of signing him for €60-70m or going in another direction I would probably opt to look at another path. Now to simply state a fact I would categorically be delighted if Chelsea were to sign Paul Pogba. Nevertheless, I am of the belief that given time we have someone who can fulfil that role perfectly already at the club. Signing Pogba essentially removes any hope of our best academy product from actually making the grade here.

Maybe I am gambling on an unknown quantity but I feel having someone at the heart of the club who has been here since they were eight years old is important. John Terry’s leadership and understanding of the club has been paramount to our success over the past ten years. To lose that connection with the supporters would be disappointing. 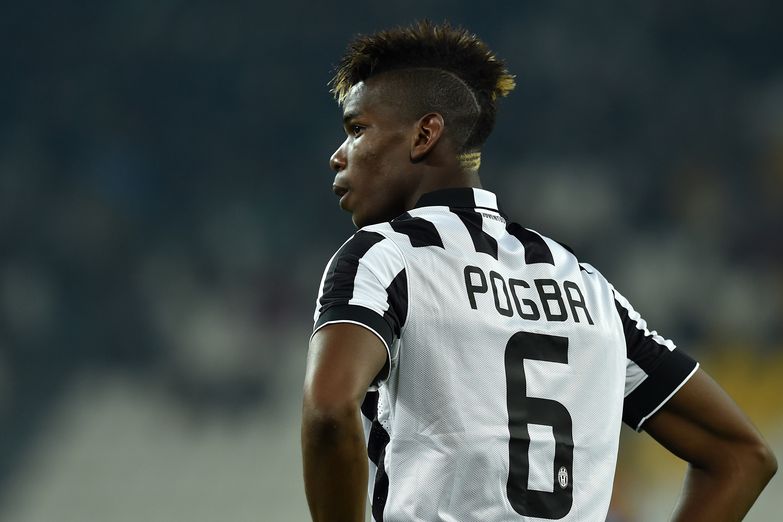 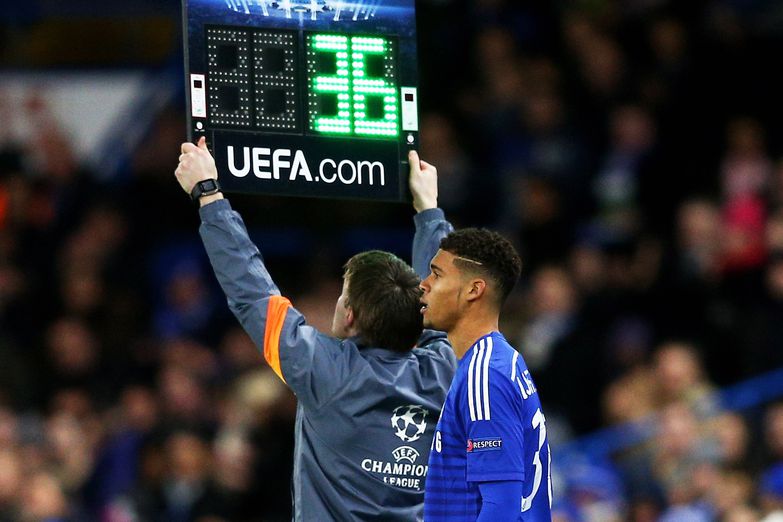 I have been a massive fan of Ruben Loftus-Cheek for a few years now: I wrote something on him in October 2013 concerning Mourinho’s comments about establishing a core who were "made in Chelsea". His development since this piece has only added to my belief that we finally have someone with the ability to simply graduate into the first team picture without the myriad of loans. From his first real outing against Yaya Touré his class and power have shone through. Yet, it is Mourinho’s own recent comments on Ruben Loftus-Cheek that suggest he may well have a future here.

Alfie Jones’ piece looked at these comments and strongly suggested that it was time to put up or shut up:

"In short, you cannot help but feel next season could be the most significant in terms of establishing whether Chelsea’s academy is genuinely there to promote youngsters into the first team and whether we have a manager, board and owner committed to that journey or whether it serves solely as a talent factory but for the benefit of other clubs"

What this apparent pursuit of Pogba patently highlights is Chelsea’s ability to simply go out and buy the best players available. We can cherry pick young players who have already proven themselves rather than provide an opportunity for a player in the Academy. Hazard, Oscar, Zouma, Courtois et al are all examples of Chelsea’s ability to source elite level young talent. Pogba would be another marked example of this strategy, albeit an extremely expensive one.

"Loftus-Cheek is to stay and to stay and play I think" - José Mourinho speaking to be press before the Paris Saint-Germain game.

I suppose the question is why would I not opt to sign arguably my favourite non-Chelsea player? It really falls into two streams of thought: (1) Ruben Loftus-Cheek is a unique talent who given time could become an elite central midfielder and (2) at €60-70m Chelsea could sign a top tier centre back and a quality creative number ten.

Ruben Loftus-Cheek is succinctly summed up by the inimitable @chelseayouth: "there simply aren’t very many players around with his combination of technique and physique". Standing at 6’4" Loftus-Cheek is already built like a midfield tank and the way he coped with Yaya Touré, albeit in a friendly, suggested that little is going to trouble him physically. However, it is what he brings from a technical perspective that really sets the expectations for him at such a high level. 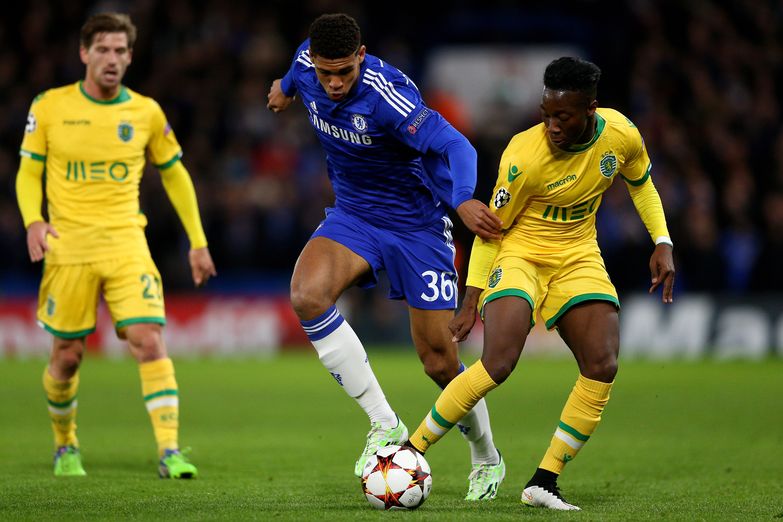 You always get the impression that Loftus-Cheek finds playing at his own age group or at U21 level comfortable. He rarely moves through the gears to the level he is capable of playing and coasts on his frightening ability alone. Whether this is because "it’s below him, it’s not intense enough or it doesn’t represent regular football" (@chelseayouth), it is clear that he will stagnate without being stretched at first team level. His cameo appearance against Sporting Lisbon, one first touch aside, showed all the qualities he possesses. Comfortable on the ball, the ability to carry play through midfield, exquisite control and vision as well as one exceptional challenge to win the ball back.

"He’s nothing left to do at U21 level now for me, and a loan has so many potential pitfalls that we’ve seen so many times before" - @chelseayouth

There has been a clear plan from the Academy staff to develop Loftus-Cheek’s fitness and mentality all season. The concern around him 18 months’ ago centred on his lack of stamina. However, he has only been substituted once or twice all season. He spoke very well in front of the media and he appears grounded and intent on learning. Small pieces of an extremely large puzzle, but all are pointing him in the right direction.

Stylistically Loftus-Cheek ticks all the boxes and in terms of complementing Nemanja Matić he seems ideal. Technically he is able to play aggressive passes through the lines and also carry the ball beyond any initial wave of pressing. Having been brought up in Chelsea’s 6-8-10* midfield policy the comfort he has in all thirds of the pitch is superb. Defensively he has made huge strides this season and will have certainly improved training with the first team every day. He is probably our only true box-to-box player who has the technical quality to control a game with the ball from deep.

* Chelsea’s midfielders are educated to play as the 6 (defined holding player), the 8 (box-to-box player) or the 10 (the creative player) from a young age. When you see the U21s/U19s/U18s play the shirt numbers generally mean which role they are playing.

Perhaps one of the most interesting anecdotes I have heard about Loftus-Cheek comes from a friend who works in football. They were speaking with a Premier League scout this season who essentially said that if Loftus-Cheek was Belgian and played for Anderlecht he would be worth £30m now and everyone would try to buy him this summer. In a clear reference to Youri Tielemans he went to suggest that Loftus-Cheek is a far superior player than the young Belgian, just without the opportunity to play. 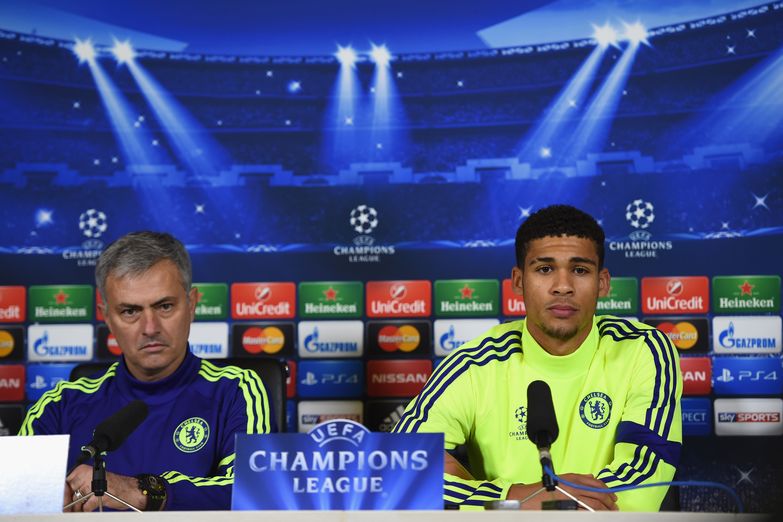 I look at Chelsea’s midfield and see an opportunity for someone of Loftus-Cheek’s physical and technical talent. A world class teenager when compared to his own age group with the ability and the desire to make that step into the first team. This season in a game against Italy you saw Loftus-Cheek turn on the style playing against a highly touted French youngster. He ran the midfield and bossed the game with ease, scoring in the process.

The club must not fail with Ruben. They need to look at the career path that Nathaniel Chalobah has faced on loan and choose a different route. Chalobah, unquestionably, should have been featuring for Chelsea this season as Matić’s understudy. Given the types of games that Kurt Zouma has seen this season, I feel Loftus-Cheek would have been able to establish himself as an able rotation option for Mourinho if given a similar chance.

Ultimately a space is available in Chelsea’s midfield and the apparent meeting between Pogba’s agent and Chelsea suggests interest is there. The question remains whether Chelsea want a plug and play type in Pogba or are willing to deliver on their promise to actually play Loftus-Cheek and see where that takes us. With regular game time and his rapid development it is not out of the question that Loftus-Cheek could establish himself as a perennial fixture in Mourinho’s team next season.

Beyond looking at Loftus-Cheek as a player the question of the reported €60-70m transfer fee is something that needs addressing. Despite our league position there are sizeable gaps in the team that need plugging, particularly if we wish to progress further in Europe and retain some freshness in the squad during the second half of the season.

€70m could quite easily buy a new full-back, centre back and either a creative number ten or right winger. If you were to run with the home grown option and determine whether he is ready over the course of a season the potential to upgrade other areas is too good to be ignored. Are we stronger if we purchase Pogba and roll with what we have or by adding quality in other areas and placing some faith in a youngster?

The signing of Pogba would be monumental, I am not saying otherwise and I would be excited at that level of ambition. He would make Chelsea’s midfield exceptional and pairing him with Matić seems like something you could only achieve in a computer game. The links to Pogba appear strong but there will be a host of clubs after him this summer. Do Chelsea break the bank? Or do Chelsea invest the money elsewhere? I think either way we will progress significantly - but I wants to see Loftus-Cheek make it otherwise what is the point of it all? At Chelsea impatience is a virtue, so we can only hope something changes in the near future.