Share All sharing options for: Chelsea one of three competing offers for Pogba, claims Spanish paper

For the amount of money Chelsea can spend this summer -- Petr Cech's sale has cleared significant room in the budget, Fernando Torres's still more and the Yokohama Rubber deal most of all -- our transfer rumours this summer have been rather prosaic. A downgrade at backup keeper? Sure, why not? An injured centre forward to back up Diego Costa? Ok!

Despite having a boatload of cash at their disposal, there's been little romantic about the club's intentions so far this summer. Unless ... 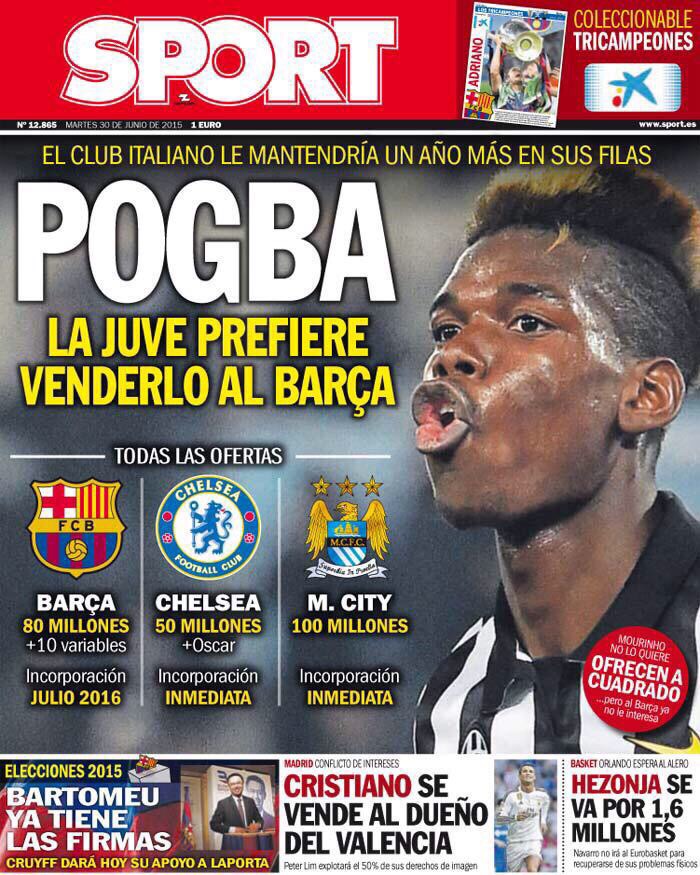 Yep, that's the front page of Sport, claiming that Juventus are navigating three competing offers for Paul Pogba. There's Barcelona with €80 million, Manchester City with €100 million ... and Chelsea with €50 million plus Oscar. Sure, there's reason to be skeptical about that bid, mostly because we rarely see deals that size with a makeweight involved (off the top of my head there's the Ibrahimovic-Eto'o deal and then ~nothing).

But it's good to have something interesting to focus on, even if it's unlikely. The Blues have the capacity and, I'd argue, the need to do something big this summer to maintain their position atop the English game and break back into the ranks of the European elite. So let's see them do it.