One of the most important names worldwide, Didier Drogba is mostly celebrated for his time with Chelsea, but we should never underestimate how brilliant player he was during his whole career. The time he spent playing for the MLS club Montreal Impact was not only of great help for the team, but also for the league and the promotion of European football in North America.

Didier Drogba – The Best in Many Ways

After signing his first professional contract at the age of 21, he finished the 2002/03 season playing for Guingamp, with 17 goals in 34 appearances. Next year, 2004, he moved to Olympique from Marseille where he scored 19 goals, was the third-highest scorer of the season, and was of crucial help for the club in reaching the final of 2004 UEFA Cup Final.

Still, Drogba is, above all else, widely regarded as one of Chelsea's best players. 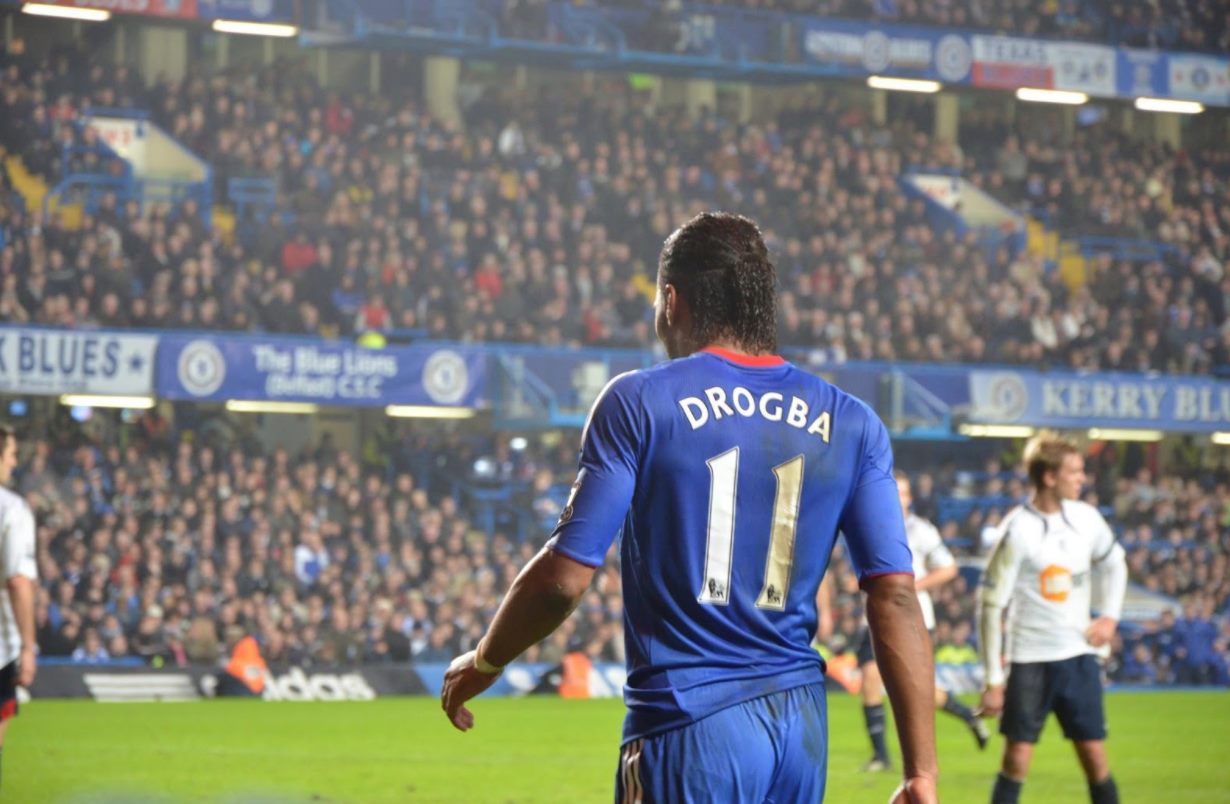 When in July 2004 he joined Chelsea, it was already an achievement: his fee was a club record of £24 million!

Although his first season in the Premier League was not the best one in his career, Drogba, fortunately, decided to stick with Chelsea and not return to Marseille. Already in 2007, he won the Premier League Golden Boot for scoring 20 goals that season. The same year, he became the first player to score for the winning side in both English Cup finals.

At the end of his career with Chelsea, he was the club’s top foreign scorer with 164 goals, as well as the player who scored most UEFA Champions League goals playing for an English club.

Before retirement, Drogba joined MLS by signing for Montreal in the summer of 2015. The first game he played was in September against Chicago, and he scored three out of four goals for Montreal. That season, he played in 11 matches and scored 11 goals.

His MLS career was quite short, but very dramatic. In 2016, it was marked with his knee injuries, and constant rumors that Drogba will return to Chelsea. That year he had an unremarkable debut against FC Dallas, and all in all, had 16 appearances and scored 10 goals.

Drogba was often on the bench, and he even refused to play in a match against D.C. United – the apparent reason being a back injury. And even though the end of his time with the Montreal Impact wasn't the pique of his career, the start of his time in MLS was much more energetic than what we are used to seeing from aging players who come from Europe to MLS: only two months into 2015, he was already the best player in MLS.

And How MLS Became a Big Business?

Major League Soccer was founded in 1995. The 1994 FIFA World Cup, held in the US, had brought with it a surge of interest in football, and the MLS was ready to use that newly found interest. But the start was very rocky. The first seasons saw the league struggle with low audience numbers, and the early 2000s were marked with a series of mishaps: the league lost roughly $600 million in its first seven years.

It’s only natural that you start wondering how MLS went from being a small league to becoming a big business with players like Drogba or Lampard joining the teams.

MLS's fortunes started to change after the 2002 World Cup. The U.S. team beat Portugal and Mexico and reached the quarterfinals. This led to an unprecedented interest of the U.S. audiences in the sport and resulted in the rise of MLS. The 2002 MLS Cup had the largest attendance in MLS Finals history up to that time.

Since then, the league has been on a steady rise, and today it can be legitimately claimed that the MLS is one of the fastest-growing leagues in the world. And one of the crucial boosts to its popularity was the arrival of football stars from Europe, such as Didier Drogba.

Best Betting Apps for MLS in the US Market

The rise of the popularity of European football (soccer) in America brought with it the rise of businesses that are somehow attached to it. And one of those businesses is certainly online sports betting.

It could be said that these two sectors are boosting each other. In recent years, we witnessed the legalization of online sports betting in different US states, which resulted in a steady stream of revenue for them.

Certainly, one of the best options for online betting on MLS in the US is the William Hill App. WSN.com has written an in-depth review of the sportsbook and aside from providing an amazing coverage of MLS games, William Hill also covers international football (soccer) leagues, such as Premier League, La Liga, or Champions League.

Other popular options for betting on MLS in the US include DraftKings, FanDuel, Bet365, among many others.

Even though we can certainly claim that the height of Didier Drogba's career was the time he spent with Chelsea, nevertheless the seasons he spent playing for Montreal had a great impact. He is one of the football stars who made their career in Europe and then moved to the US and there helped establish MLS as one of the most prosperous and fastest-growing football leagues in the world.