There has been a lot of debate about how to judge this season. We achieved our goal of finishing in the top 4 and also got to a cup final. We had a lot of fun along the way, we were treated to some sparkling attacking play at times.

There are definite improvements in where we shoot from and how often. The number of shots we concede has gone down as well. Normally this would be cause for celebration. 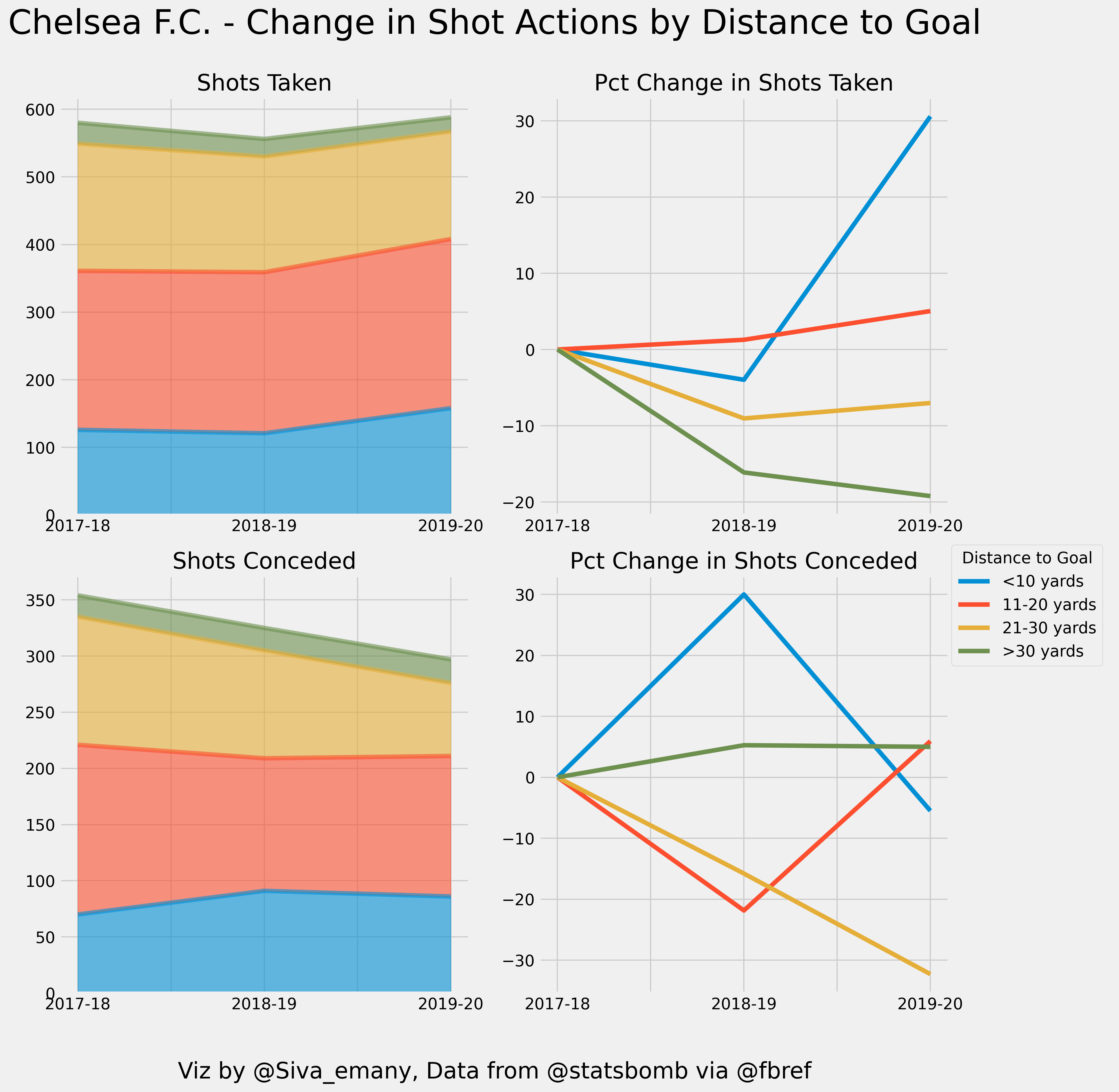 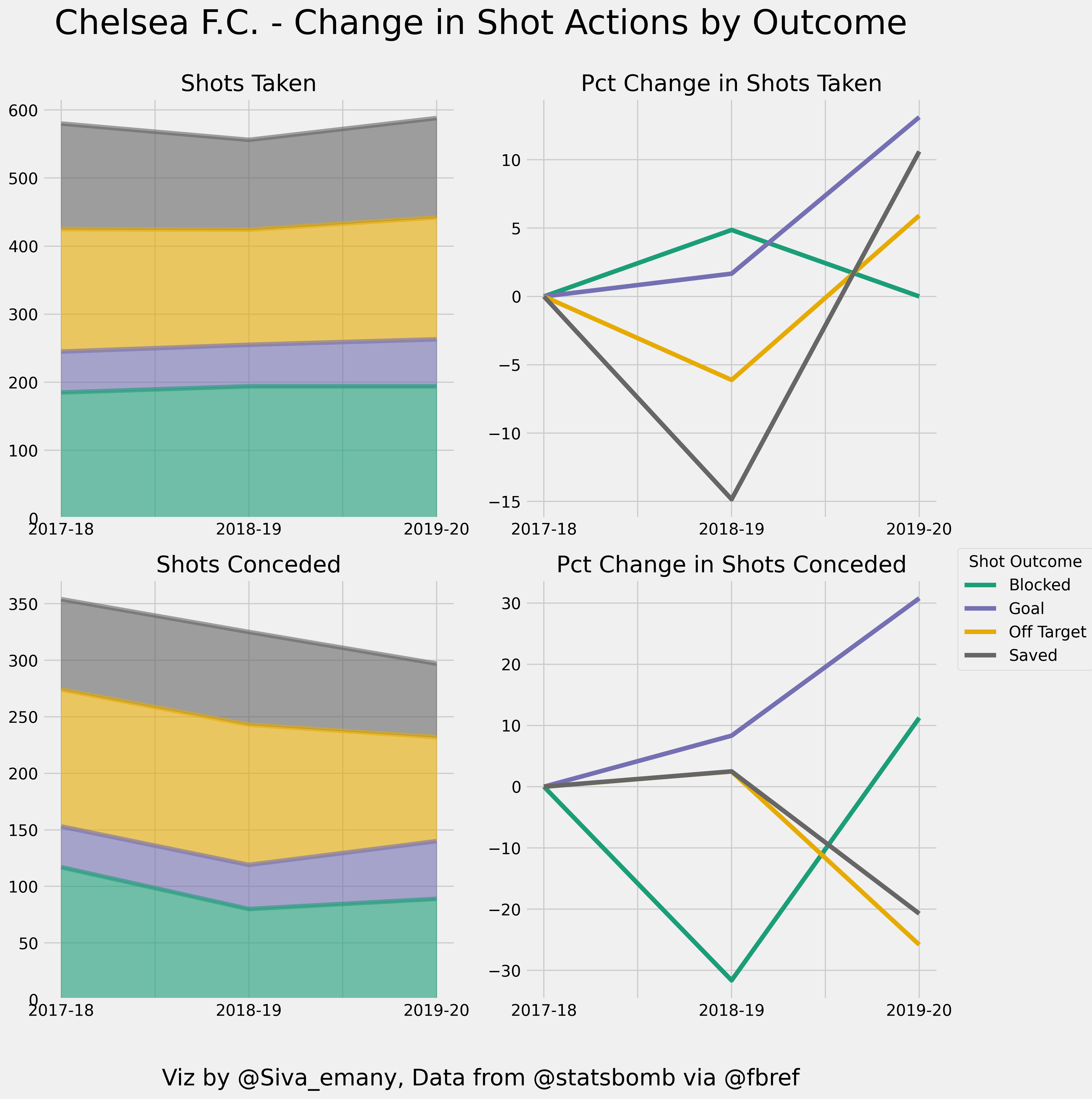 However, we also conceded a lot of goals. This stat has also been an easy stick with which to beat Lampard.

So, in order to put things into context, I looked at the shots we taken and the shots conceded over the past three seasons. The trend is roughly as expected.

We have improved in attack quite a bit as compared to the past couple of seasons. 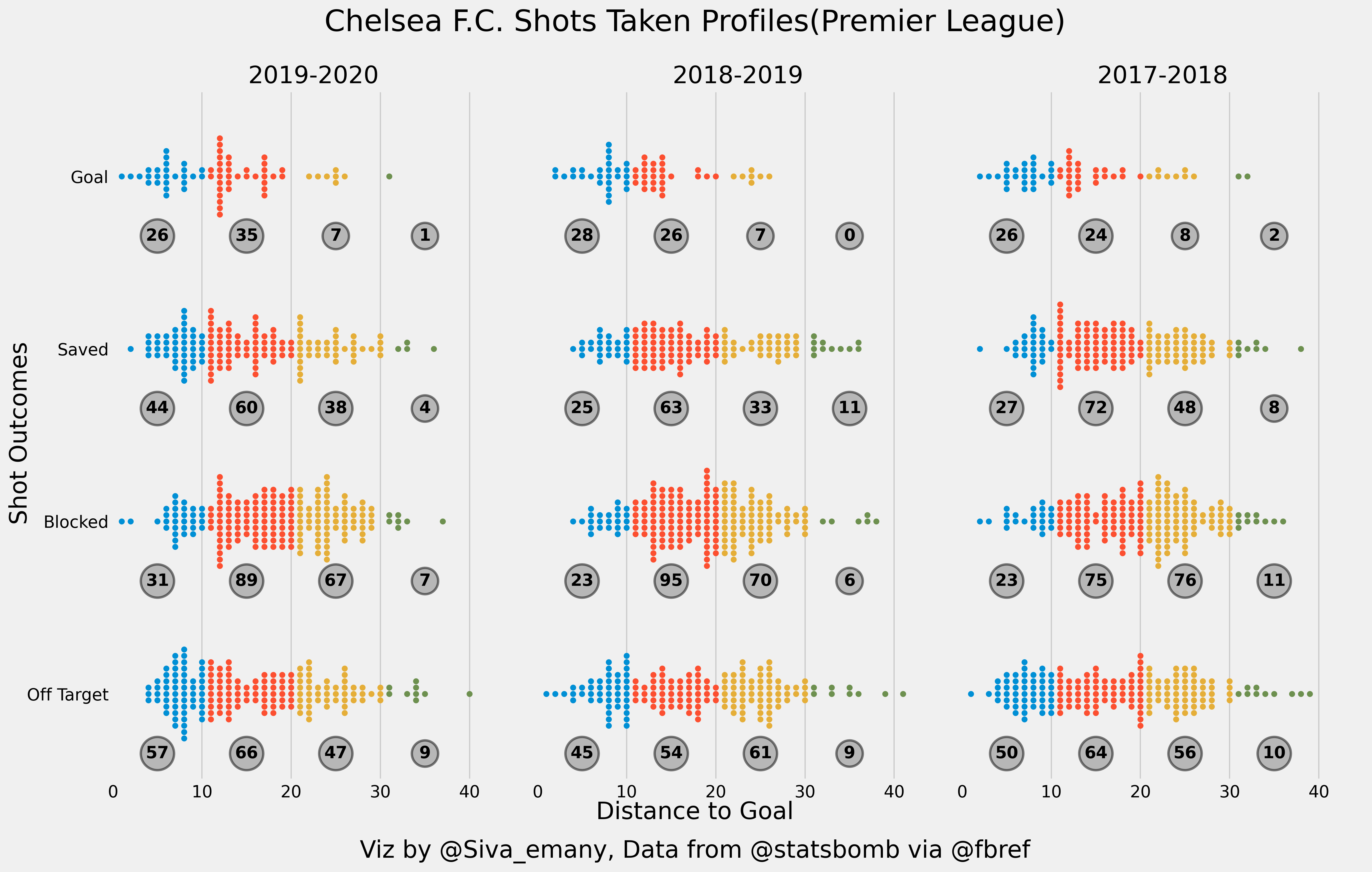 At a quick glance, the number of shots we take closer to goal has increased. There are big jumps in the numbers of saved, blocked and off target shots in the ten-yard range.

The fact that this hasn't translated to more goals scored from that range tells me that we have been unlucky at times but also, our finishing quality needs to improve.

What's significant is just how much of an improvement this is from the last two seasons. 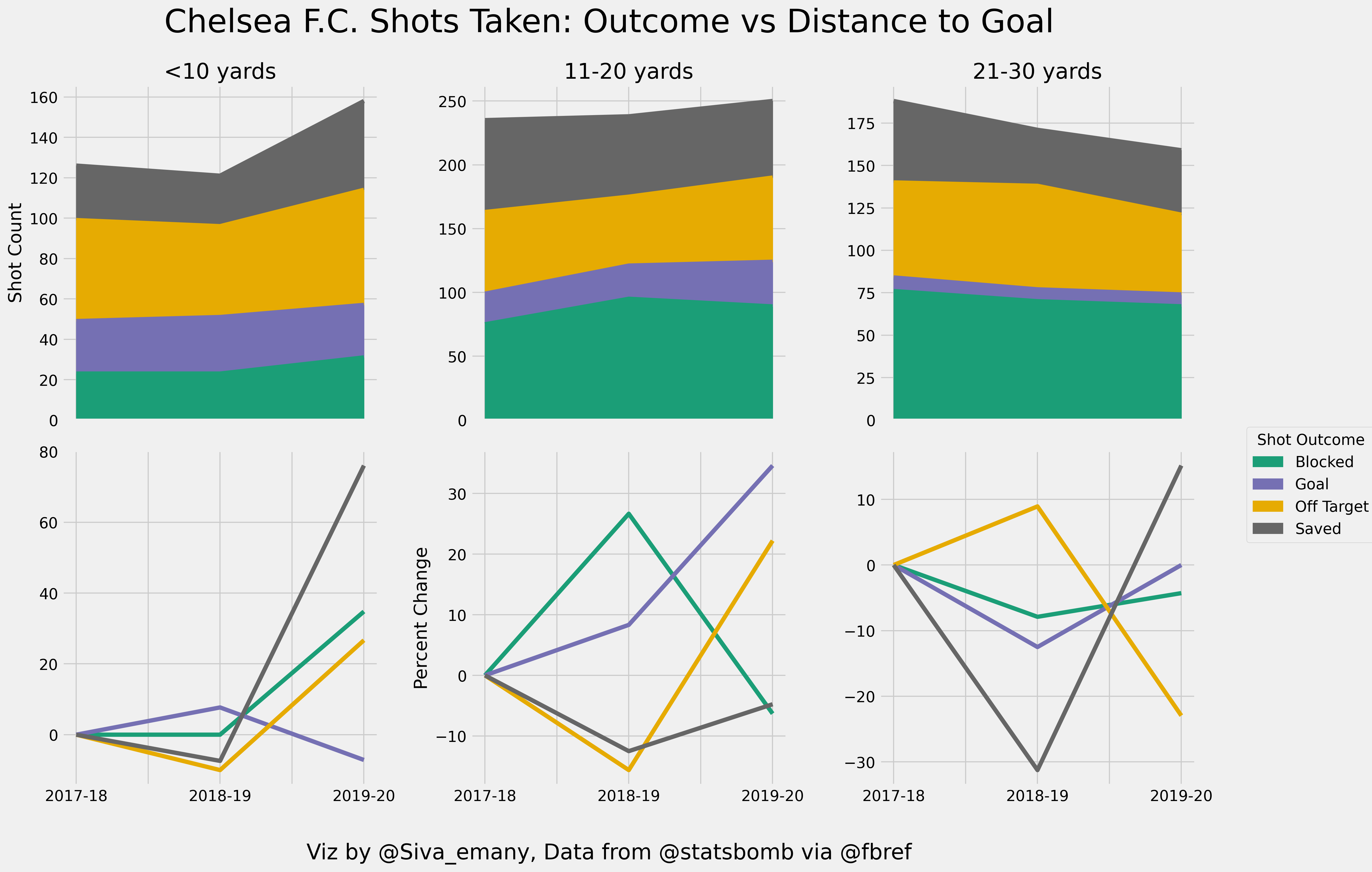 With the addition of Werner, we should be able to convert more of our chances into goals. There is also the untapped potential of Reece James as a creator, not to mention Hakim Ziyech. Things have been good on this front this season and will only improve next season.

The fact that we have conceded so many more goals than the previous season is a big problem and a question mark on Lampard's ability to fix it.

There are some mitigating circumstances: Kanté has been available only 50 per cent of the time this season and has spent a significant amount of that time finding fitness. Equally, I also don't want to downplay just how much of a disaster each member of our backline has been at various times this season.

But there is a case to be made that we were lucky not to have conceded more last season as well. 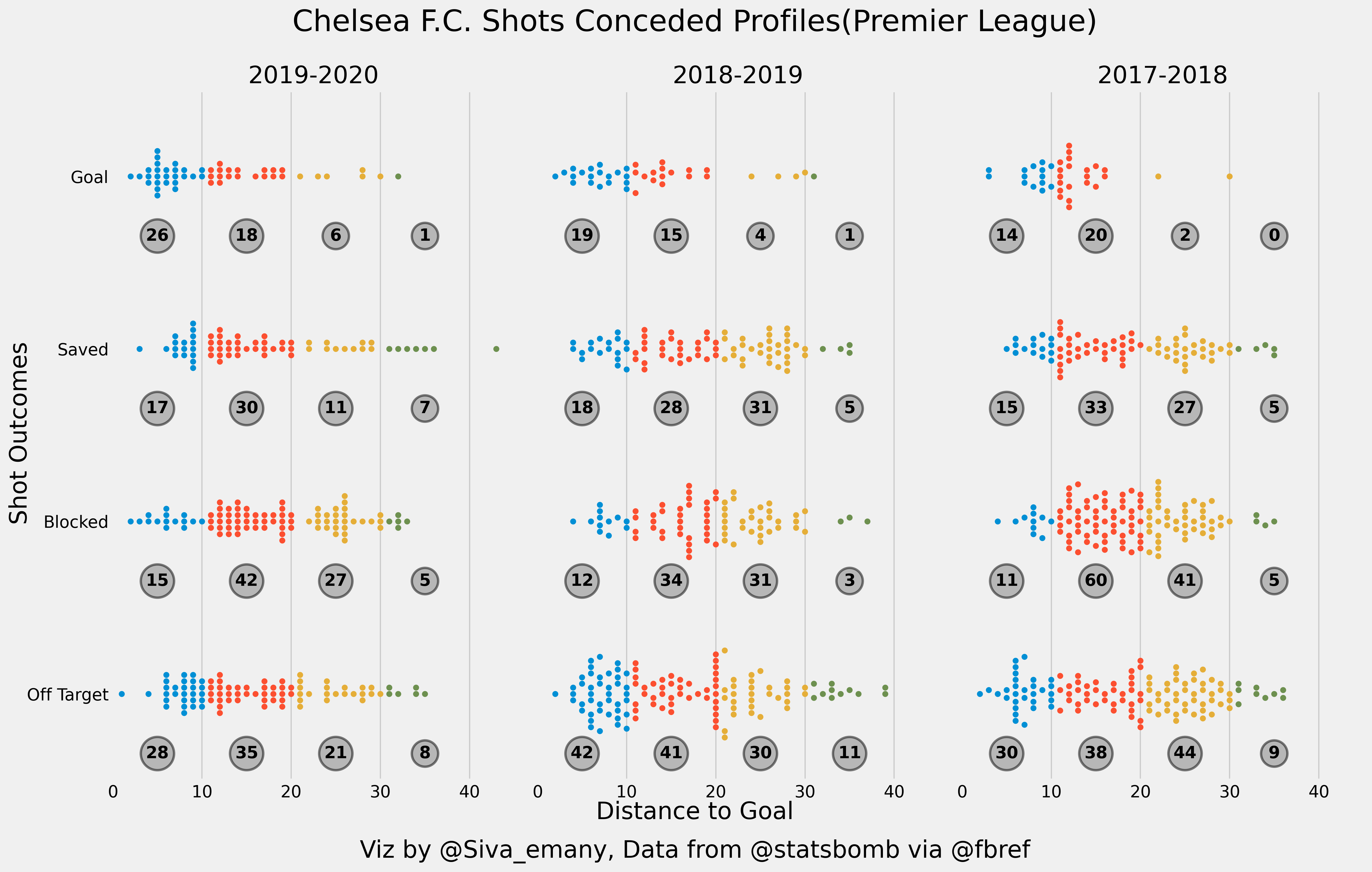 The number of shots off target in the 10-yard zone last season is well above the other two seasons.

One explanation for this could be that we were very good at pressuring shot takers inside our box last season. The only missing piece from last season's defense is David Luiz, hardly a paragon for being alive in the box.

Some of it can also be explained by the opposition just having their shooting boots on when we have faced them this season, and maybe not so much last season. 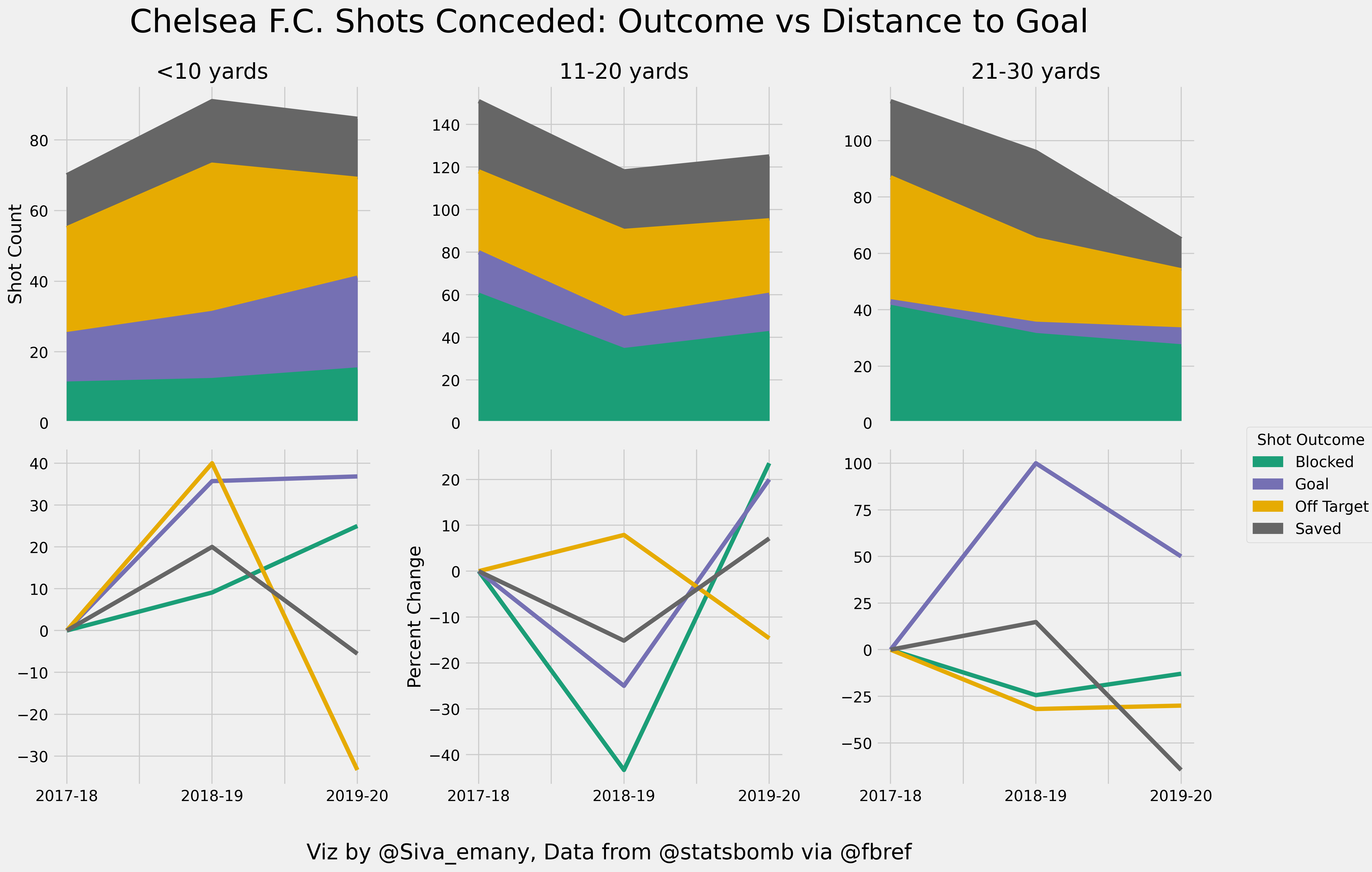 But the fact remains that we conceded more shots in that range last season, yet conceded far fewer goals. Defense dropping deeper to account for Kepa's lack of range in moving off the line is one factor. Also, there is clearly no trust in the goalkeeper.

We have consistently defended higher up the pitch than under Conte, who set up to defend deep and allow shots from range. His teams were very good at not allowing players to take shots closer to goal. We have also consistently conceded more goals from range since the departure of Courtois. We concede fewer shots for sure, but the drop in the number of saves Kepa makes from range is somewhat telling.

In any case, the fact that we tend to be asleep when shots are being taken in close range is something that needs to be fixed immediately. We need to put better defensive pressure and have better setups when defending set pieces. Both of those issues can be fixed with a mix of new personnel and better coaching.

I look forward to Lampard expanding his coaching team, and bring in people who have different perspectives to what is a homogeneous staff, full of people who learned how to coach at Chelsea. I also look forward to us having a fit Kanté, a DM who fits Lampard's needs and center backs and left backs who are suited to a back-4 and the Premier League.

To sum up, things are looking really good in attack. On the surface, things look good in defense too. We just need to get to get the intangibles of defending right, like leadership, personal responsibility and toughness. There is every reason to be excited for next season.