Share All sharing options for: Chelsea Ladies manager Emma Hayes receives her MBE from Her Majesty The Queen

In recognition for her “services to football”, Chelsea Ladies manager Emma Hayes was awarded her MBE in June in the Queen’s 90th Birthday Honors. Today, she received the actual award from Her Majesty The Queen herself, alongside astronaut Tim Peake and actor Eddie Redmayne in a special ceremony at Windsor Castle.

Congratulations to @ChelseaLFC manager @emmahayes1, who today was awarded an MBE from Her Majesty The Queen at Windsor Castle! pic.twitter.com/FaJIsUxdbp

True to style, Hayes then retweeted this, adding “Me and my new signing” with a wink. The Queen may be an Arsenal fan, but she would no doubt add a few leadership qualities into that dressing room.

“I won’t lie, I got emotional after she had given me the medal. It seems bonkers to have been given an award for something I love doing. I can’t think of my passion as a service, it is just my passion. I’m in a privileged position but to meet the Queen at Windsor Castle with my parents – it really doesn’t get any better than that.”

Congrats to Emma Hayes, one of our favorite people in football! 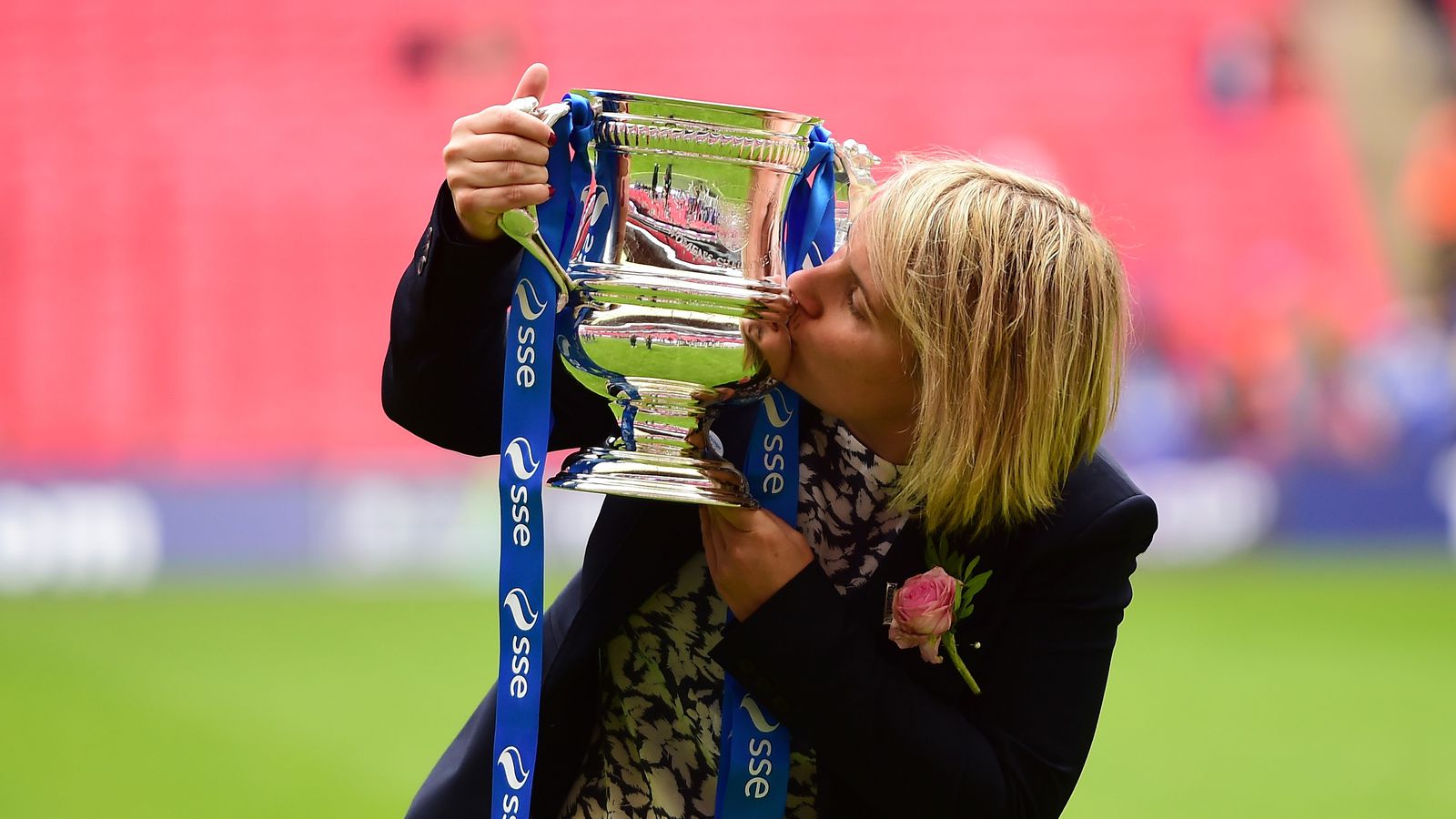 Moulding Chelsea into winners is only the beginning of Emma Hayes's masterplan...