Saturday's performance against Arsenal was important for many reasons. While the term "make-or-break" seems melodramatic to utter at this point, the game certainly felt like one that Chelsea had to win. José Mourinho, again, stuck to his guns and was rewarded with a performance that had a lot of positives. Even perennial whipping boy, Branislav Ivanović, had a fairly decent outing.

It was another game that Arsenal fans had plenty of excuses to rely upon when trying to explain Wenger's continued failings against Mourinho. One particularly deluded member of #ArsenalTwitter suggested, without any hint of irony, that Mike Dean was part of an elaborate match-fixing scandal. In truth the two red cards simply clouded over the fact that Arsenal were second best even with eleven men.

Ten years after Patrick Vieira left Arsenal their transformation into the antithesis of a title winning side was complete. Santi Cazorla, that renowned defensive midfielder, lining up as a lone holding player with Arsenal down to ten men was farcical. How Arsenal fans continue to put up with Wenger is frankly absurd. Chelsea, on the other hand, looked more like a side that can win football matches. 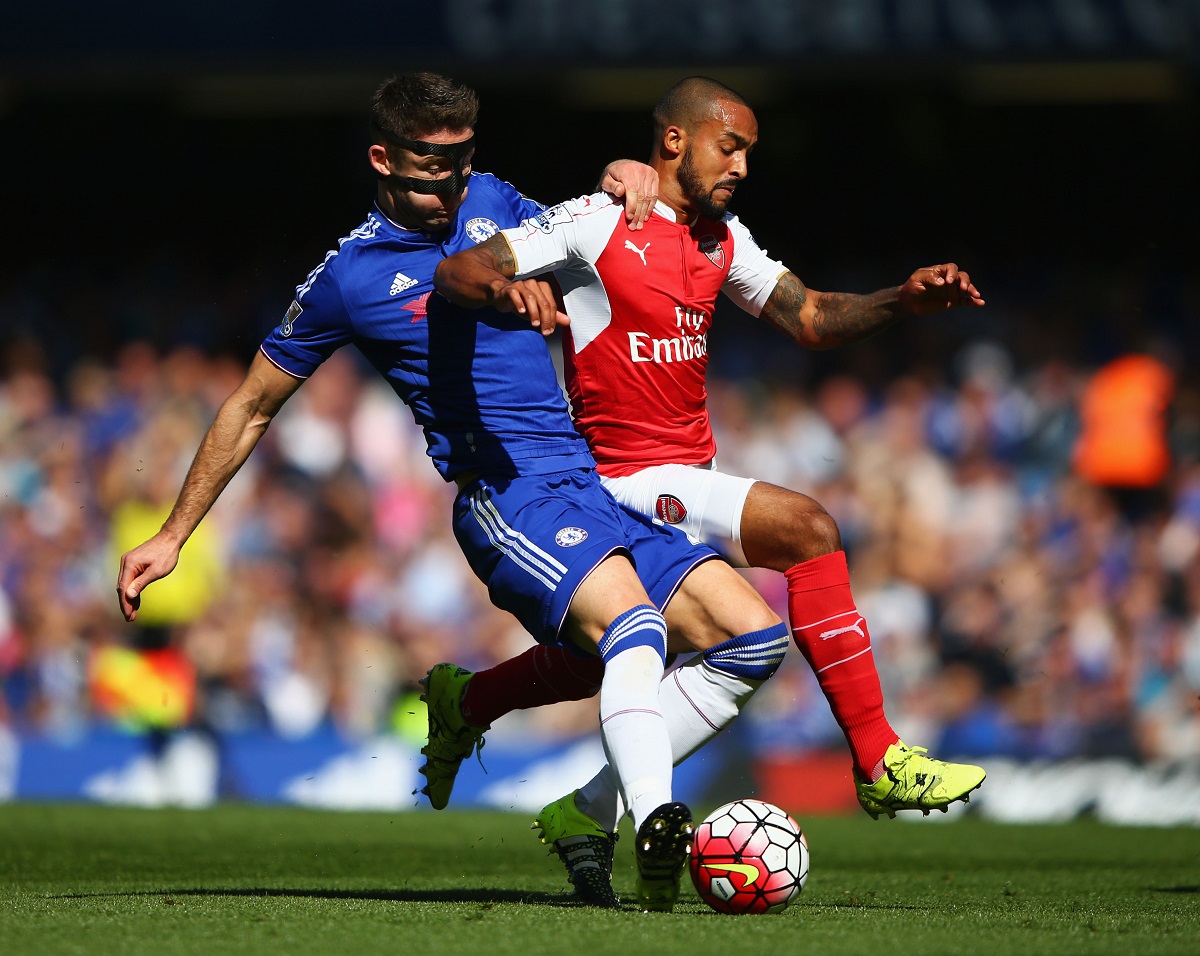 John Terry's omission from the starting line-up certainly raised a few eyebrows. Tactically Mourinho made a rational point. Theo Walcott, for whatever reason, seems to perennially play out of his skin against Chelsea. His electric pace troubles even the quickest of centre backs and Mourinho gambled on him starting ahead of Olivier Giroud. Playing a higher line allowed Chelsea to squeeze the game: we were the better side throughout.

In Kurt Zouma Chelsea have the archetypal Premier League centre back. Built as if José Mourinho hand carved him from granite infused with freakish athletic ability, the improvement he is making is frightening. As a defender, first and foremost, he looks wonderful. The technical side of his game can greatly improve; even so, he will never be a ball playing centre half. This is where a long-term partner for him must be sought and the pursuit of John Stones purchase looks conceptually perfect. Mourinho having a defender who can play out from the back changes the entire dynamic of how he can initiate attacks.

When I look at Kurt Zouma I see an important player in the formative part of his Chelsea career. Humble, brave, selfless and fearless, the young Frenchman will do anything for the cause. I personally feel that Chelsea's number five will eventually captain the side one day. The way he charged up the pitch when things were kicking off and manhandled Gabriel was brilliant to see. Arsenal's centre back made a huge song and dance after being sent off, pushing every (smaller) Chelsea player he could, in an attempt to seek retribution for Costa's antics. That was until Zouma squared up to him, hand around his throat and with a look that dared the Brazilian to take one more step forward. He didn't - who would? Oscar pulled Zouma away, but young Kurt was still keeping an eye on Gabriel.

Zouma's rise to arguably our first choice centre back aside, it is the turnaround of Gary Cahill which has been the most intriguing development this season. The England international has his limitations, of which we are all aware of, however he may be playing his best football for Chelsea at this very moment. A popular punching bag for his infuriating tendency to back away from anyone running at him, his partnership with Zouma flips his responsibilities and he looks a different player.

Cahill's switch to the left centre back role, where John Terry plays, has allowed him to play to his strengths. No longer is he required to attack a central striker and be drawn into space where he is uncomfortable. Kurt Zouma engages strikers fantastically well and at the very least makes them shift the ball away from goal. Cahill now sweeps and reads the game behind Zouma, using his ability to block and challenge in the area in case anything gets past the young Frenchman. Bar a mix-up that allowed Alexis Sánchez a chance at goal the pair were immaculate. (There is probably something to say about not playing next to Branislav Ivanović as well, but the Serb has had enough rubbish recently).

It is difficult to see where John Terry re-enters the equation. The popular opinion would be to slot him in alongside Zouma or at Zouma's expense. However, it is no coincidence that Chelsea look more solid when playing this higher line that sees Zouma partner Cahill. Even Ivanović looked markedly improved from his early season showings, albeit that was not something difficult to achieve. There will be games where the structure absolutely suits Terry and I believe he can still operate at a high level. However, we may need to adjust our perception of Terry as Mourinho's de facto starting centre half. For now Cahill deserves the adjusted plaudits coming his way. 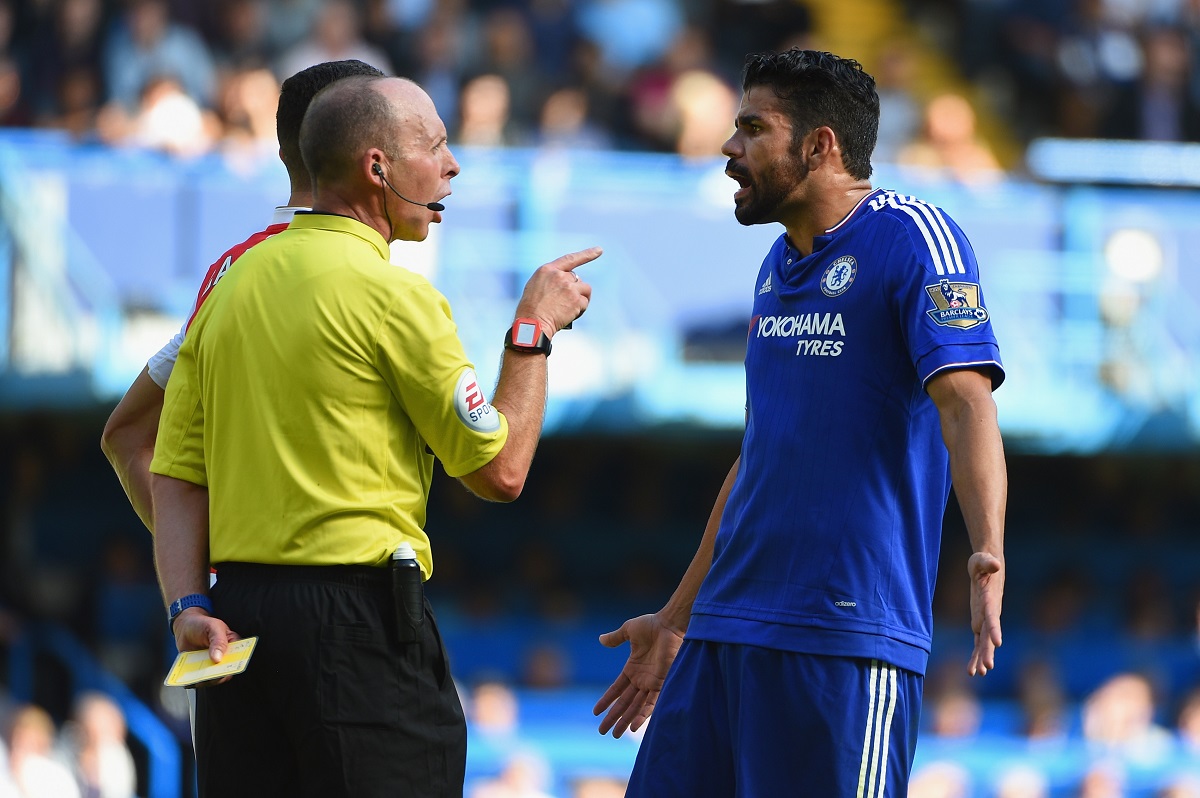 The Master of the Dark Arts™

Game of Thrones' inimitable precursor to the arrival of the White Walkers seems to fit perfectly with the persona of Diego Costa - the Shadowy Sith Overlord of Stamford Bridge, Master of the Dark Arts and Sworn Enemy of the Footballing Moral Arbiters. In Chelsea's centre forward the game has its perfect outrage vehicle - the embodiment of the #NoClass movement propagated by a series of people on social media who were the last pick in everything at school.

Diego Costa cuts an immensely frustrated figure right now - trudging off against Arsenal, visibly annoyed, he is just not himself. Costa does not look like the player who scored a non-penalty goal every 108 minutes in the Premier League during 2014/15 (Agüero scored a non-penalty goal every 120 minutes by comparison). Costa's success was inextricably linked to our tempo of play during the early part of the 2014/15 campaign. His excellent runs in behind defenders and ability to find space in the penalty area relied on quick incisive passing. This type of football is not something that we have seen for a while and Costa has suffered largely because of this.

In the first half against Arsenal Costa peeled wonderfully off the back of the Arsenal defence as Pedro sprang forward with the ball. The opportunity to slide Costa in was not an obvious pass, but Pedro is not your average Premier League player. Instead of attempting to play the through ball Pedro doubled back and opted to retain possession. Costa's pinpoint run went to waste and that has been a microcosm of his season thus far. He is making the runs, creating the space but we lack the confidence to play him in. His touch and sharpness are certainly not at the level of last season, but the movement is definitely there or thereabouts.

The pace of our play has probably impacted Costa the most. He is an excellent penalty box poacher, capable of creating space where others would struggle and he is efficient enough to consistently work the goalkeeper. However, those cutbacks and crosses that seemed to be plentiful when he was scoring freely are no longer there. Instead when the opportunity is finally open we seem intent to recycle the ball back across the pitch. Allowing defenders and holding midfielders to completely entrench themselves in a positional sense alleviates any advantage Costa's movement holds.

I am a huge admirer of Costa and believe he is a fantastic striker, but he is a finisher rather than an architect. Costa relies upon the creativity and guile of those around him so he can apply the finishing touch. Playing the ball to him in and around the penalty area with his back to goal is a waste of his talent and frankly a waste of time. He cannot impact the game in this manner and as such he is drifting wide to the left more and more regularly. Unlike some forwards we have had where this usually signifies hiding away, I think it is just genuine frustration with Costa.

I have lost count of the number of times I have seen him barracking a teammate for slowing the game down this season. He knows how he can hurt teams and be successful - playing at a walking pace is not conducive to that unfortunately. The question therefore is if Chelsea are not playing freely and Costa is finding it difficult to score, is his style of play a hindrance rather than a help? Undoubtedly his winding up of Arsenal led to a sending off and subsequently allowed us to win the game, but is the added scrutiny worth it?

Costa is regularly targeted by opposition players. The notorious incident involving Seamus Coleman last season seemed to overlook the fact Coleman spent the game elbowing Costa in the ribs and provoking him. However, when Costa dished a little back it kicked off and Costa was the villain. Mangala's "best" performance for City was against Costa last season - this was largely due to the referee allowing Kompany et al. to kick him from pillar to post without so much as an eyelid being batted. Fernandinho's blatant elbow this year? Ignored. For whatever reason Costa can take an entire season's worth of abuse in one game, leave it on someone a bit and become the pantomime villain.

Are we at a point where Costa's obvious frustration with the side (and maybe life in London) is tipping the fine balance he had last season? Is his street fighting style making him more involved with opposition defenders than they are with him? Last year Costa did enough to wind up defenders to gain an emotional edge. They were so concerned with what he was doing they forgot to be concerned about where he was. This season with things not entirely going his way his mind is elsewhere; Mourinho must refocus his star striker and harness his aggression in the right manner.

While I, admittedly, loved his role in the Arsenal game his card is marked (once again). Costa takes time to gain full sharpness and another three games rest is hardly going to help. Costa plays with a welcome edge, something we have missed for a while, but ultimately we need him to pick his fights intelligently rather than be part of an incessant war. As we hit our stride we need Costa at his best if we are going to mount something akin to a title defence. Yes, I do not think it is over.