Notes on the New Stamford Bridge

Notes
on the New Stamford Bridge

In early July, Chelsea Football Club initiated a consultation with locals and club supporters about the possibilities and rationale for expanding Stamford Bridge. Followers of the complicated saga that was Chelsea’s search for a new home over the last decade will have understood what a momentous moment in the history of our football club this was. The limitations of the Stamford Bridge site, penned in by railway lines and some of Europe’s most expensive real estate, had quagmired the club in a kind of footballing ‘development hell’, unable to significantly expand its capacity and therefore revenues in a new era of UEFA enforced ‘Financial Fair Play’. Meanwhile its direct rivals in England - Manchester United, Arsenal, and more recently Manchester City, Liverpool and Tottenham - successfully set to work expanding the capacity of their own stadia.

This led the Chelsea hierarchy to consider moving away from Stamford Bridge, itself a perilous pursuit at a time of unprecedented property price rises in London, caused by affluent investors from around the world seeking to shelter their money in the capital’s residential properties.

At various stages under the ownership of Roman Abramovich, the club had considered moves to Old Oak Common, deep in Queens Park Rangers territory yet with impressive proposed transport links via its new Crossrail/HS2 railway station, and also the Transport for London (TFL) controlled Lillie Bridge site in Earl’s Court, itself a former site for a football and athletics ground. In fact, the now defunct Lillie Bridge ground was the home of ‘Wanderers’, a famous club from the amateur days of Association Football in England, which had dissolved in 1887 after falling on hard times. This was not necessarily a positive omen for an aspirational football club seeking a new home.

After much negotiation and discussion, both sites were considered unworkable.

From 2008, Chelsea’s interest turned to the site of Battersea Power Station, a decommissioned coal station on the River Thames made iconic by its ‘brutalist’ architectural style and soaring chimneys. It also won fame when it featured as the imposing backdrop on the cover of the prog rock band Pink Floyd’s seminal 1977 LP ‘Animals’, with a flying pig rising from its interior. Notorious in London for attracting an apparently endless string of overly optimistic developers, Battersea Power Station was put on the open market for the first time in 2012. In anticipation of the auction, Chelsea’s executive team sought to strong-arm Chelsea Pitch Owners (CPO), the supporter organisation empowered by Ken Bates at a time when the future of the club was itself under threat from predatory property developers.

To this day, CPO owns the Stamford Bridge pitch and the rights to the name Chelsea FC. Reluctant to leave Stamford Bridge, Chelsea’s only home, on the basis of vague promises, the CPO members voted to refuse a transfer of a ownership of their freehold to Roman Abramovich and his executive team. In spite of this, Abramovich’s Chelsea bid for the Battersea Power Station site, and were defeated by SP Setia, a Malaysian property giant, who were the preferred bidder of the site’s creditors.

With hope receding, the club released visual concepts for a stadium at Battersea Power Station. These were developed by HOK Sport (now known as ‘Populous’), best known for their work designing the new Wembley Stadium.  Although undeniably impressive, many Chelsea supporters were relieved that their club remained ‘stuck’ in its ancestral home.

Few wanted to imagine a Chelsea divorced from Stamford Bridge. Opened in 1877, and later leased by the entrepreneurial brothers Gus and Joseph Mears, Stamford Bridge played a direct role in the formation of Chelsea Football Club in 1905. After Fulham FC refused the offer of a leasehold, Chelsea was invented in the Butcher’s Hook Pub to give the second largest ground in England a profitable occupant.

The stadium maintained its bowl like design until the 1970s, hosting crowds of up to 100,000, memorably for a 1945 friendly match versus the Russian side Dynamo Moscow that offered welcome entertainment after the end of World War II.


In the 1970s the club’s owners embarked on an ambitious plan to transform Stamford Bridge into a state of the art 55,000 seat stadium, but the costs of building the East Stand nearly bankrupted the club and led to a decline in the team’s fortunes throughout the 70s and 80s. Taking advantage of the club’s financial misfortune, an opportunistic property developer called Marler Estates acquired the freehold to the ground.

This freehold was only recovered by the club’s then owner Ken Bates in the 1990s when a major market crash led Marler to go bankrupt. The Bates legacy to the modern Chelsea was the construction of the current incarnation of the stadium, not to mention the rather hideous hotel complex that surrounds it, work which was completed in the late 90s. Far from universally loved as a result of his irascible nature, Bates should, however, be held responsible for divestment of the freehold of the Stamford Bridge pitch to a company run by  Chelsea supporters. This unique arrangement in English football protects the future of the club, even though some younger supporters decry the opinionated entitlement of a small minority of CPO members.

Subsequently, Stamford Bridge has grown intrinsic to the identity of its host club like few other club venues in world football. This is why so many Chelsea supporters were excited to attend the initial consultation for the redevelopment of the ground a couple of months ago, and much was learned from the presentation.

It opened with a introductory note from June Osborn, the Dean of Salisbury Cathedral, commending the concept for a ‘Cathedral of Football’ which ‘expresses our longing to reach up beyond ourselves.’

The presentation also stated that the architectural concept for the new Stamford Bridge paid tribute to the gothic architecture of Westminster Abbey, which had a historic connection to the borough of Chelsea, whose coat of arms contains the crozier, a hooked staff, of the Abbott of Westminster, as well as the Earl of Cadogan’s lion rampant, which many Chelsea supporters will recognise from their club’s crest.

‘This is not simply a building in which matches are to be played,’ wrote Osborne. ‘It is the place where fans will remember and reverence their past. It’s there to imagine and create a glorious present. It’s about the future of London.’

The opening consultation on the future of Stamford Bridge not only signalled a more consensual attitude from the club towards its supporters and locals, but also demonstrated an apparently heartfelt respect for the history of the Stamford Bridge Grounds.

‘Our future revealed from our past’ was the headline of one poster outlining the internal shape of proposed new stands for the stadium, which followed the parameters of the Stamford Bridge of 1939.

Meanwhile, we were told the club intended to reimagine the ‘Stamford Bridge’, or ‘Samfordbregge’ as it was known in the 15th century, as a small, illuminated viaduct, with the suggestion that several businesses might find a home in its arches.

Although we only saw glimpses of the new stadium design at this first presentation, we learned a few key details from secondhand reports.

The club were said to be aiming for a capacity of 60,000 spectators, which might rise to 65,000 if possible, pushing the available site to its absolute limits. They would achieve this by ‘digging out the basement’ of the ground, as is the modern fashion in west London, and do so by at least 4m to accommodate larger, apparently steeper stands.

The architects of the site were also confirmed as Herzog & De Meuron, the Swiss firm famous for their work on the Tate Modern and Bayern Munich’s Allianz Arena.

Discussing his studio’s neo-gothic design, of which very limited and partial black and white illustrations were released to the public, Jacques Herzog told the Guardian that this stadium would have the feeling of "a castle, or a medieval walled village… something you wouldn’t find anywhere else."

"It is beyond beauty or ugliness," Herzog continued. "It’s about creating something unique."

In other words, we were not to expect another faux-futurist ‘spaceship’, where shiny steel and glass surfaces rise from a generic concrete bowl like a 1970s vision of a utopian settlement on Mars. The latter is very much the design hallmark of modern Premier League stadia: Ashburton Grove (‘The Emirates’), The City of Manchester Stadium (‘The Etihad’) and the New White Hart Lane (‘The Yuppie Toilet Bowl’ - ok, I just made that one up, but let’s hope it sticks).  This new building would be very different, and more connected to the past and present identity of the football club and its locale. Or at least that was the promise.

Yesterday though, the design of the new Stamford Bridge was finally revealed in full, and so we can now, at last, judge for ourselves.


The presentation for the second consultation on the future of Stamford Bridge took place on September 1 and will last two more days. It consisted of video displays of commuter traffic patterns and the historical evolution of the four stands at Stamford Bridge; three scale models of the past, present and future of the stadium; survey responses and proposed solutions to prior concerns; and several Herzog and de Meuron concept illustrations, contrasting current and proposed future appearances of the stadium.

In between taking pictures like the ‘self-facilitating media node’ I aspire to be,  I was fortunate enough to have a conversation with a lady called Lisa, who was one of the main representatives for the project.

"Do you work for Herzog and de Meuron?" I asked.

"No I report to Mr. Abramovich directly," she said.

What became clear talking to her was that Roman Abramovich has taken a very active role in the redevelopment of Stamford Bridge, and that comments, suggestions and objections from both Chelsea supporters and locals are not only being considered, but rapidly transmitted to the top of the club. For this reason alone, I’d urge any fellow Chelsea supporters to attend the second consultation if they can, and share their thoughts and suggestions with the team there.

In a short period of time, Lisa also revealed some key details about the new stadium, many of which I hadn’t heard elsewhere:

Anyway, hopefully this fills in some of the gaps in our knowledge, and gives you all - especially those who live overseas - an idea of what the presentation was like, and also some sense of the importance of these fantastic proposed changes for our club. 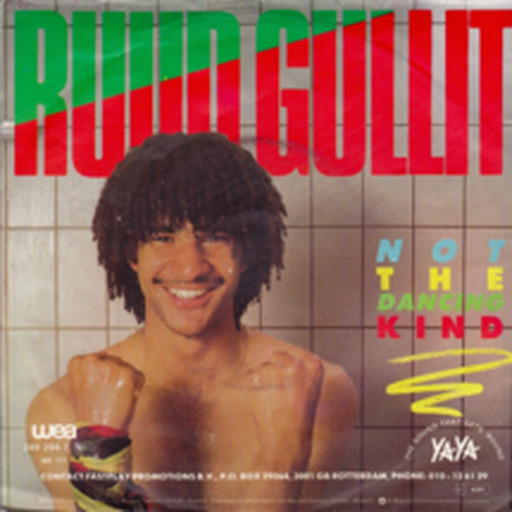 Westway to the world.