As y'all hopefully know, Thibaut Courtois is battling to be on the FIFA 16 cover in the UK, trying to beat out Sergio Aguero, Jordan Henderson and Harry Kane for the honour. If you didn't already know that, hopefully the above video gives you some background.

The nice thing about these campaigns is that sometimes it gives you a chance to actually talk to the players. So, without further ado barring a legal throat-clearing, here's Thibaut Courtois, speaking as he joined the race to partner Lionel Messi on the EA SPORTS FIFA 16 UK Cover, answering some of our questions:

What has been the biggest difference between La Liga and the Premier League?

I think the biggest difference is the intensity of the game. There are more duels and stronger duels in the Premier League than La Liga as well as more long balls and there are more really tough games for goalkeepers.

If you had to choose a five-a-side team for Chelsea, including yourself, who would be in it?

What has been your favourite or best save this season?

I think I have made some nice saves but it is hard to choose one because sometimes one is maybe less beautiful but more important, like against QPR for example where we won 1-0 and the save I made at the end was maybe not the best I made but the most important. Then against Liverpool and PSG I made some nice saves, but I cannot really choose one.

Technically what do you feel you need to work on to become an even better goalkeeper?

I think I need to improve on my footwork and my kicking. I think that's what I need to work on the most. The rest, I will keep on learning because I am still young and learn more every year so that's what I try to do. 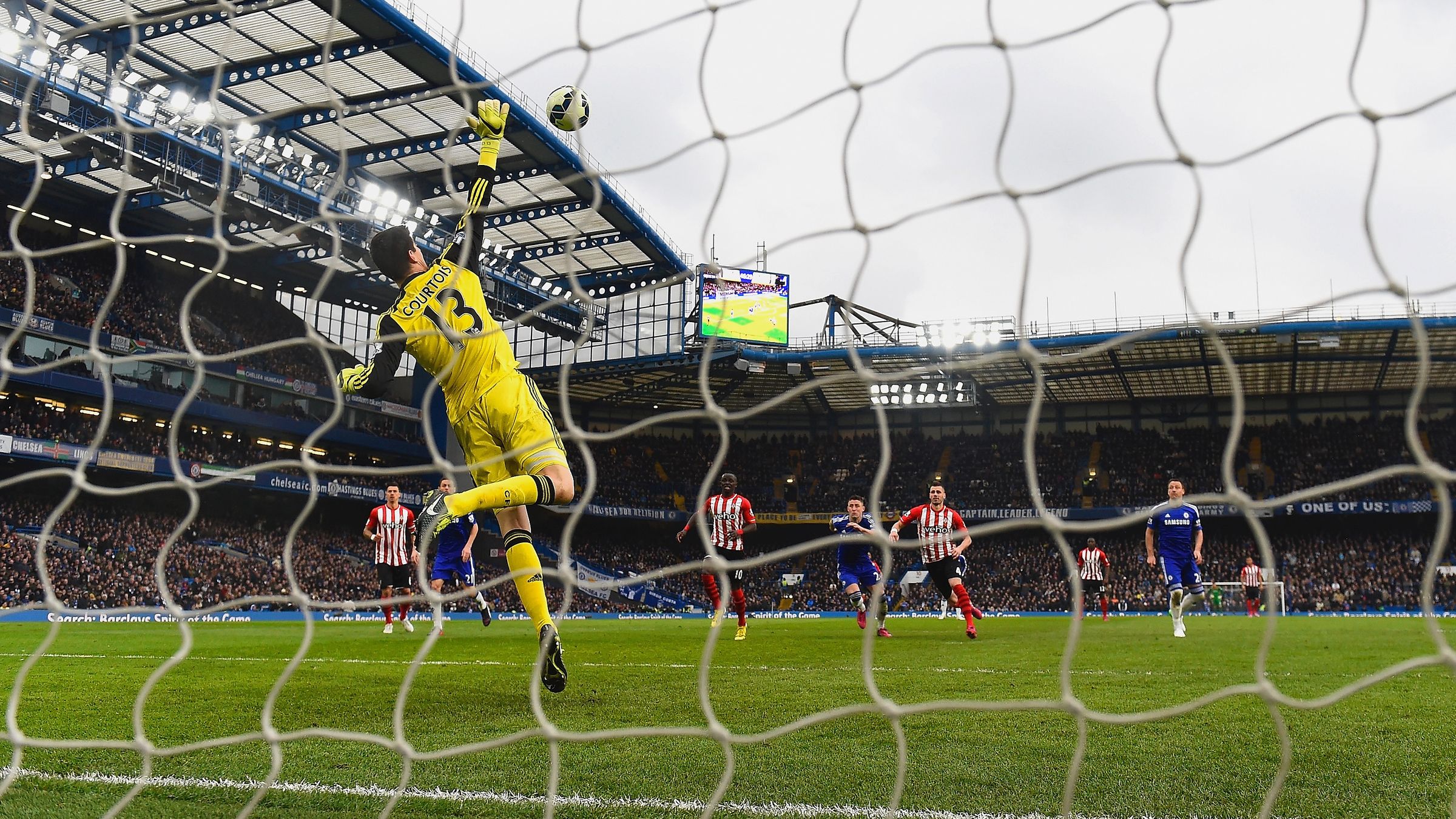 What has been the best and worst thing about moving to London?

London is a big city and like Madrid there are a lot of things to do. It is good to go for dinner and to go shopping. The worst differences between Madrid and London are the weather and the traffic!

It is possible. There are teams who have done it already but it's hard, the Premier League is a tough league and to go unbeaten for a whole season is difficult because you will always have one match where you won't be at the top of your game and even against a smaller side you can lose.

Who is your best friend in the Chelsea squad and why?

I don't really have one best friend. Eden for example, I know him very well from the national team and I sit next to him in the changing room but as well, the Spanish players who I played with, and in general like Azpilicueta and Fabregas, I speak a lot with them. Because I knew Filipe Luis and Diego Costa from Atletico we are still very close, so I don't have one but I think this team is very good together with everybody.

Who is the biggest joker in the dressing room? Have there been any good practical jokes?

There are some funny guys. Everybody jokes around at the training ground or at the hotel. But I think Diego Costa, even though he cannot speak English he is funny and everybody has to laugh at him! He makes jokes on the pitch and has a lot of fun on the pitch.

Who is the worst dressed Chelsea player?

That is a good question! I wouldn't say Loic Remy is the worst dressed but he just has a different style to how others dress. I don't think he's badly dressed but sometimes he may wear strange jeans or a strange t-shirt - but I think it is his own style and it's nice as well. I think everybody in general is well dressed at Chelsea.

Of all the young players who have played and trained with the first team is there anyone who has particularly impressed you and you think people may see a bit more of next season?

I think Ruben Loftus-Cheek. He played in the last few league games and played well. I think he made the most progress but also there is Izzy Brown, Dominic Solanke, Charly Musonda, Andreas Christensen and Nathan Ake. All of them trained really well last season and I think next season they could have more playing time in the first team as Ruben has started to do so well.

Thibaut Courtois is battling with Sergio Aguero, Jordan Henderson, and Harry Kane in the race to join Lionel Messi on the UK cover of EA SPORTS FIFA 16. This year, for the first time ever, fans will dictate which player lines up alongside the Barcelona and Argentina ace. Vote at www.fifa16cover.co.uk #FIFA16UKcover