This is a post outlining the status of our squad and the players, it will be looking at the squad restrictions that include home-grown player status in the Premier League and the Champions League. First, we need to look at the rules.

Here are the new rules for the Premier League, set out recently by Greg Dyke:

So for the 2015/16 season we will still be allowed 17 non home-grown players. We are also allowed any number of Under 21 players. A player will qualify as Under 21 for the 2015/16 season if he was born on or after January 1st 1994. So now we have the information about how the player statuses work, let's look at our squad situation (the statuses applied refer to what they will be next season): 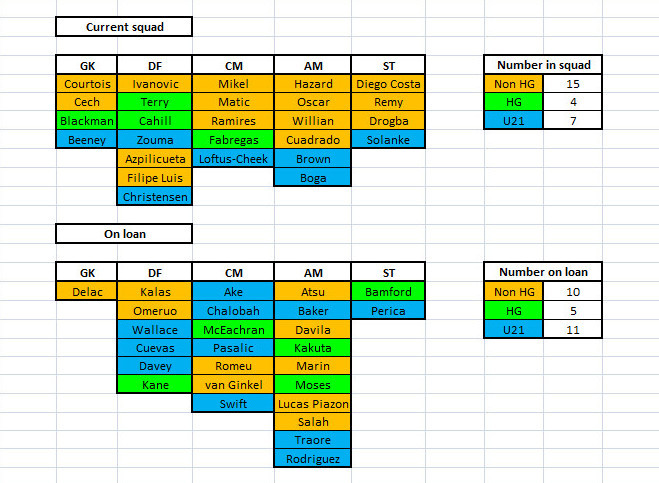 So with our current squad of players, we have 2 free non HG slots in the Premier League. We need to look at the Champions League rules before deciding how we stand, though.

The Under 21 rules are different too. Here, you have a B List of an unlimited amount.

This means that Kurt Zouma, who qualifies as Under 21 under Premier League rules, must be placed on List A as a non HG player because he has not been registered at the club for two years. Let's take a look at the whole squad: 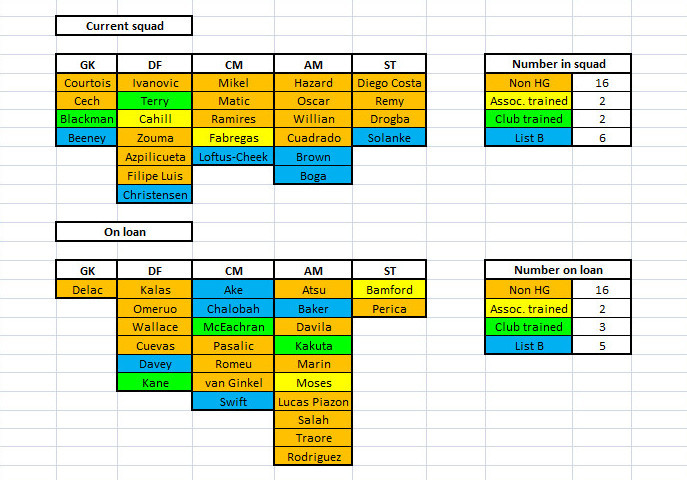 From this, we can take that our squad situation looks pretty healthy at the moment, especially when you consider our tough position last summer. With Cech leaving, we can add two non HG players and we will be within all rules.