Holland: Ramires out, squad to be rotated for Bolton match

Share All sharing options for: Holland: Ramires out, squad to be rotated for Bolton match

Is Wednesday's Capital One Cup match against struggling Bolton very important? No. One of the ways you can tell is that Jose Mourinho didn't even turn up to the press conference, sending assistant Steve Holland in his place. Indeed, so uninteresting is this presser that Chelsea have apparently forgotten to turn on the video on the stream, leaving the internet audience with the following: 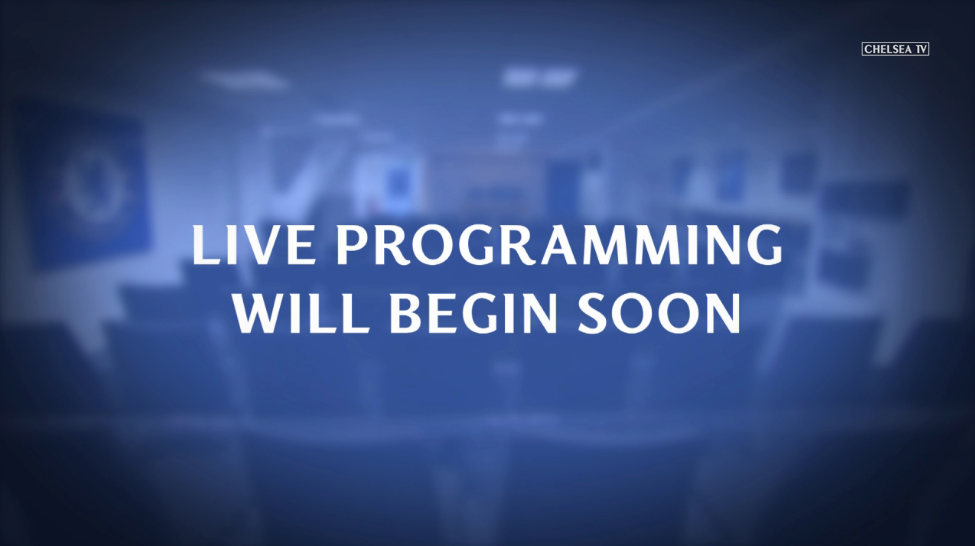 So that's nice. Fortunately Twitter exists, and Chelsea are releasing information there as well.

Holland says the management haven't finalised the squad for tomorrow's game but it will definitely be rotated. #CFC

Holland reports Ramires has a problem with his abductor and will miss the game but the hope is that the injury is not serious. #CFC

My guess is the problem Ramires has with his abductor is that he got kicked in the thigh several times during the Manchester City game, but fortunately his absence for tomorrow's match won't be too big a deal. Instead, it's a chance to see the kids in action. Hopefully the likes of Lewis Baker, Nathan Ake and Andreas Christensen are considered for the rotated squad. While we can't take the Trotters too lightly and hope to progress, I'd love to see some of the youth and fringe players mixed in to get valuable first team experience.

Capital One Cup, 3rd Round: Chelsea vs. Bolton Wanderers