Anatomy of a goal: Diego Costa vs. Leicester

Share All sharing options for: Anatomy of a goal: Diego Costa vs. Leicester

Chelsea's winner against Leicester wasn't nearly as pretty as the one they managed at Turf Moor, but it was just as important (timing-wise, it was probably more so) and just as interesting. While Andre Schürrle's strike against Burnley demonstrated the four phases of play that the Blues will use to break down slightly more defensive setups, Diego Costa's represents a far more direct attacking solution: the Branislav Ivanovic wrecking ball.

Our story begins with an innocuous-looking throw-in deep in the Chelsea half. 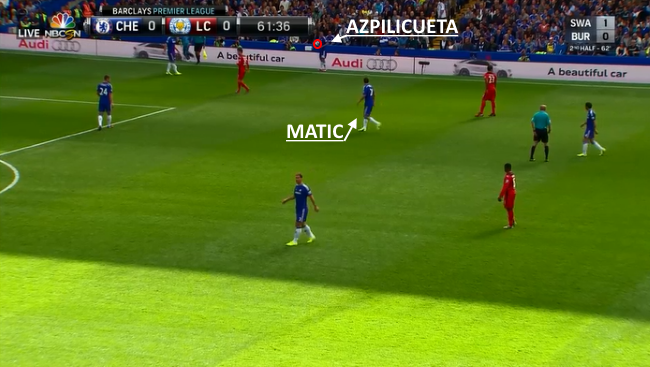 Defensive throw-ins represent one of the more dangerous situations in football. For the team out of possession, they represent a chance to set a pressing trap that can be fiendishly difficult to escape from, leaving the team with the ball having to extricate themselves from a position deep in their own half. I mention this because Leicester did the opposite of setting a pressing trap here, letting Cesar Azpilicueta lob straight to Nemanja Matic without any pressure. Matic duly found Ivanovic on the other side of the pitch.

Leicester start hinting at applying some pressure at this point. 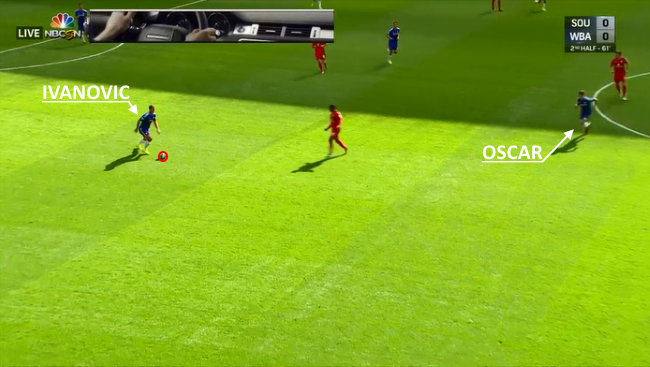 The only pass on here is the safe one back to Matic in the centre, but Oscar is in the process of offering himself for a more aggressive option, and Ivanovic takes it. Then he takes off. 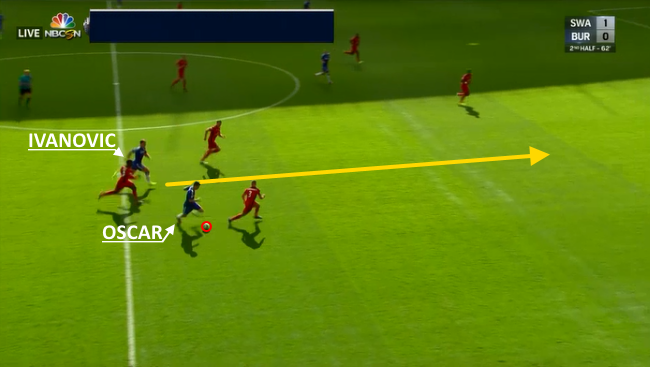 Oscar isn't under immediate pressure, which gives Ivanovic a chance to burst up the pitch. The fullback has the jump over everyone around him and if Oscar can find a way to get the ball into the space in the right channel, Ivanovic is suddenly in an enormously threatening position. The problem is that Paul Konchesky is blocking off the passing lane -- Oscar needs to find away around him to create the chance. And he does. 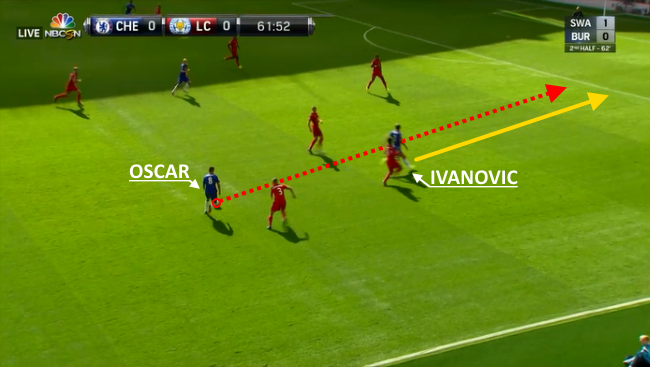 Oscar slows down and cuts inside, and with Konchesky slow to react Ivanovic is free to break into the box. 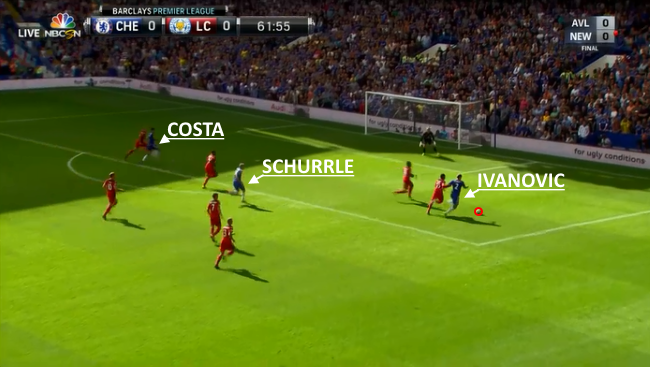 A chance, at this point, is inevitable -- essentially the best Leicester can hope for is that Ivanovic tries a snapshot under pressure from Liam Moore or Jefferey Schlup and misses at the near post. Chelsea, meanwhile, want Ivanovic to find a way of feeding either Schürrle, crashing into the box, or Diego Costa.

Ivanovic isn't a particularly technically gifted player, but against Burnley it was his clipped pass that set up Cesc Fabregas for that assist, and he provided an equally surprising moment here, sending both covering players to ground with a fake shot: 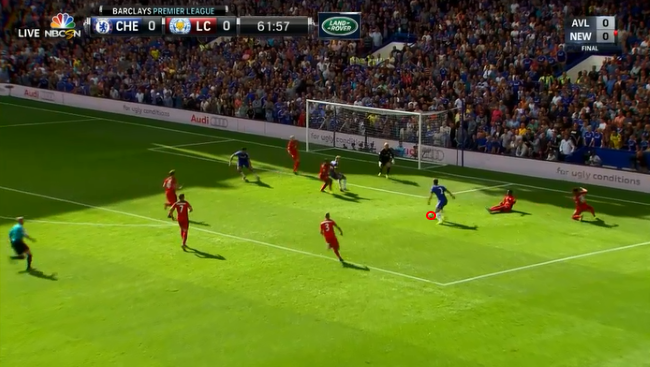 At this point a goal looks inevitable. Much of the hard work done, Ivanovic makes a bit of a mess with his pass, but he does enough to force it through to Diego Costa, who opens up space by checking back (he did this more than once in the match, and it's the sort of movement that creates chances), takes the deflected ball on his chest and beats Kasper Schmeichel to the loose ball to make it 1-0 Chelsea. The lead, once established, was never under threat.

Oscar and Ivanovic combined down the right to turn innocent possession into a game-winning attack. Oscar's movement to open the passing lane was extremely clever and the pass itself was inch-perfect, while Ivanovic's use of his physical gifts combined with a smart fake was enough to create the chance. Both players came in for criticism of their attacking abilities from open play last season, but they're more than capable when they do what they're good at, which is what happened here. Well done all around.