Share All sharing options for: Chelsea release 2014/15 away kit

No surprises here: Chelsea's away kit for next season is yellow. Very, very yellow. The club and adidas have now officially released the kit as part of their 'Forever Blue' campaign* and it's not any different to the leaked photos and mockups that have been floating around the internet for the past few months. Here are a few detail shots to check out: 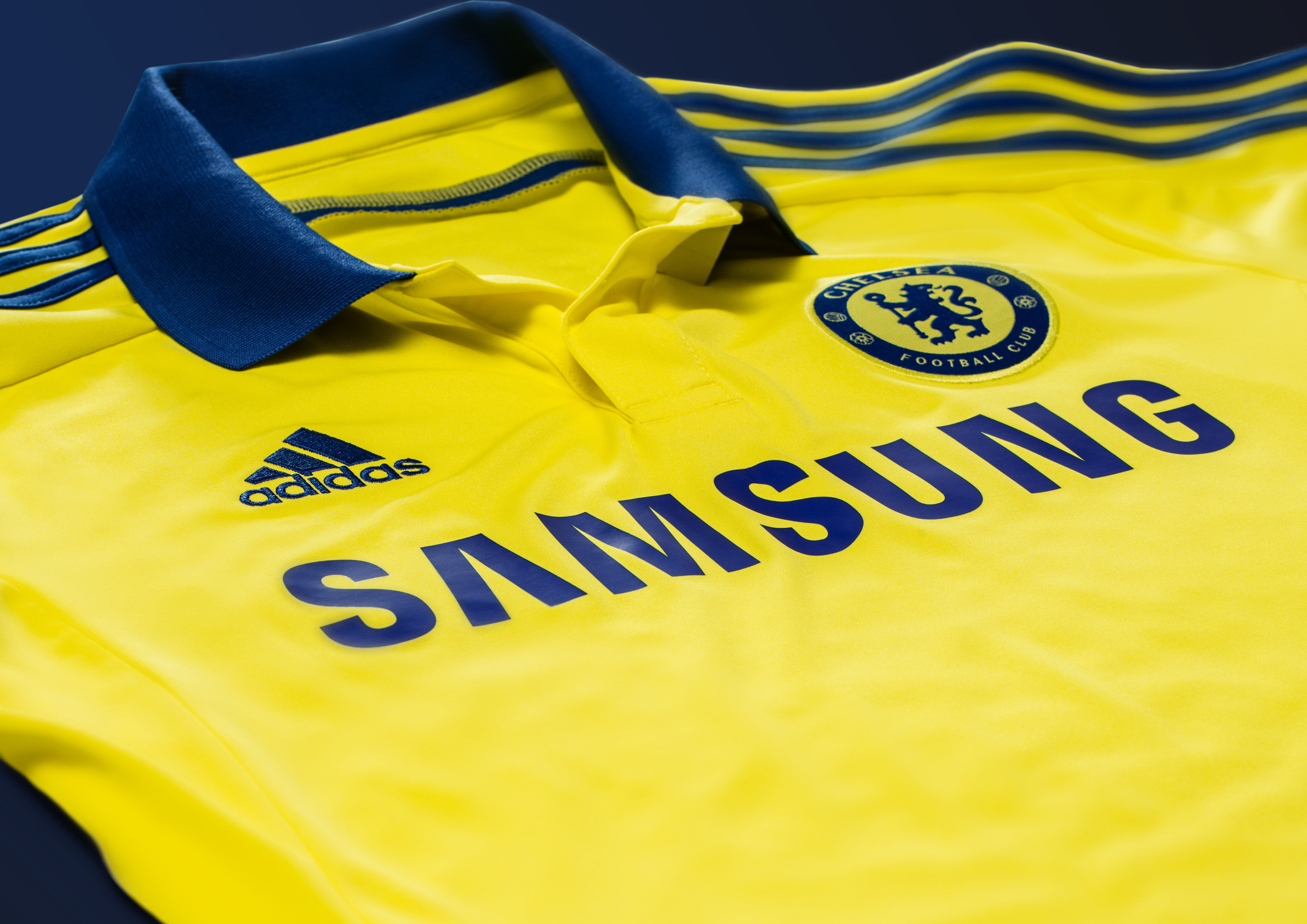 I quite like the collar here -- as far as I recall the last time we had a collar on any of our kits was for the 2008/09 season, which also featured a yellow kit (as our third) -- and the shade of yellow goes, I think, really well with the blue.

The detailing is very adidas: And the whole kit looks fairly clean, at least to me. The colour scheme is mercifully consistent for the shorts and socks: What does everyone else think? Last year's white was pretty good, especially when the players were wearing it -- is the new edition any better?