The Daily Hilario: How long until next season again?

Share All sharing options for: The Daily Hilario: How long until next season again?

Oh, somebody asked me if I went to see the Tour of California yesterday.  I did indeed!  Stage 2, the individual time trial was right by my work, so a few of us put up our canopy and lawnchairs and watched them speed along at 30mph.  Bradley Wiggins had the biggest entourage, and rightly so as he destroyed the whole field by almost a minute.  Here's my homeboy Peter Sagan (if you can see him) who's one of the overall favorites: 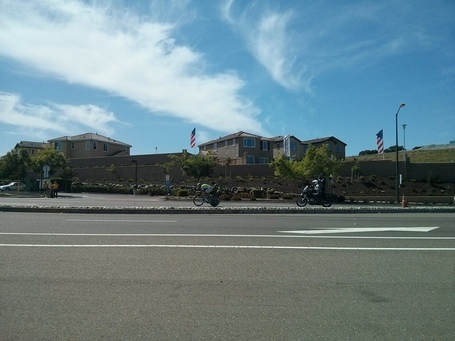 Apparently two guys managed to crash into each other at the finish line, too.  Here's a short vide of the aftermath on Ten Dam.  If this sort of stuff interests you, by the way, do check out SBN's cycling blog, Podium Cafe.  I met Chris Fontecchio once; cool dude.

Men in Blazers World Cup 2014 Preview | Grantland
The first of a series of daily videos is up from the two funny gentlemen who are always worth listening to.

The 30-man preliminary roster for the USMNT | SB Nation
Come on the Von Trapps!

QPR are still alive | SB Nation
Only Derby can stop them now.  COME ON YOU SQUIGGLY RAMS!

More NFL draft grades | SB Nation
The four best teams with the four worst drafts.  That's how the system's designed, after all.