Chelsea have six days until their next match: yet another London derby, this time against Crystal Palace. Coincidentally, we have six goals to break down thanks to the wonderful party thrown by Arsene Wenger in celebration of his 1,000th game in charge of Arsenal. In honour of the great man, let's begin this week of festivities with Samuel Eto'o's fourth minute goal.

Strange as it might sound now, it was actually Arsenal who had the first chance of Saturday's match. Olivier Giroud raced onto a pass between our centre backs only to scuff his shot, allowing Petr Cech to save well and the defenders to scramble clear for a throw in. From said throw in, Alex Oxlade-Chamberlain picked up possession in the middle of the park. 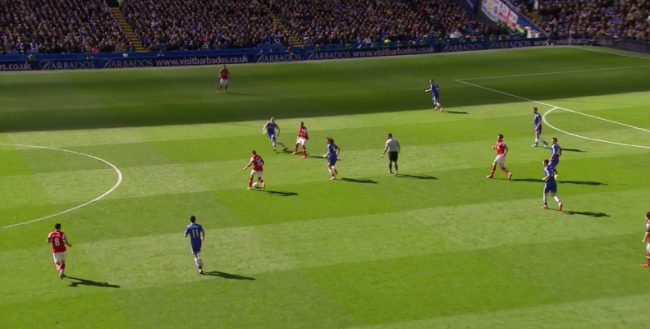 Observe Kieran Gibbs in space to the left. With Andre Schurrle cutting inside, the Gunners left back is free to attack Branislav Ivanovic, assuming Oxlade-Chamberlain can get him the ball. And so he tries. 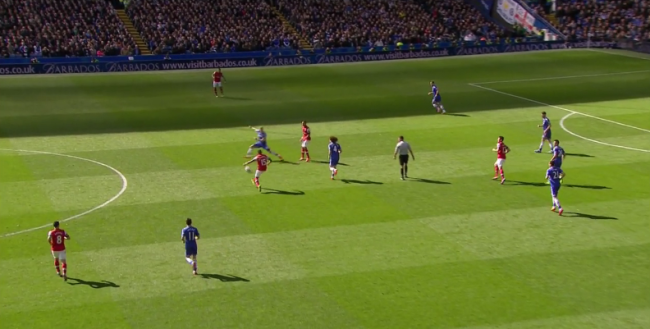 Whoops. Oxlade-Chamberlain's not really a central midfielder -- prior to the last couple of months, he's only ever been deployed on the wings, and his lack of experience shows here. Schurrle easily reads the ball, and assuming he can control, Chelsea can counter. With the space behind Gibbs, there's plenty of room to attack. 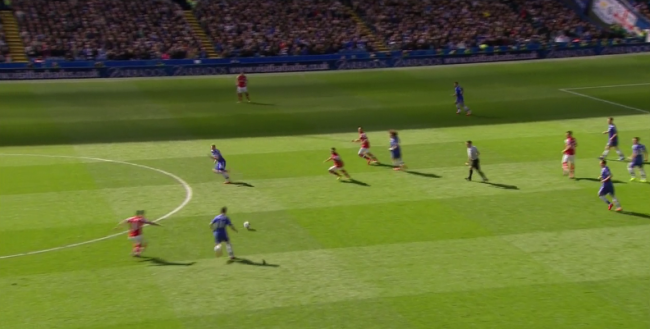 Schurrle's touch is perfect, guiding the ball straight to Oscar and forcing Mikel Arteta into a challenge. With Oxlade Chamberlain at a standstill while Schurrle is on the move, all Oscar needs to do is flick around the corner to take Arsenal's midfield out of the game entirely. Counterattack 101, in other words. 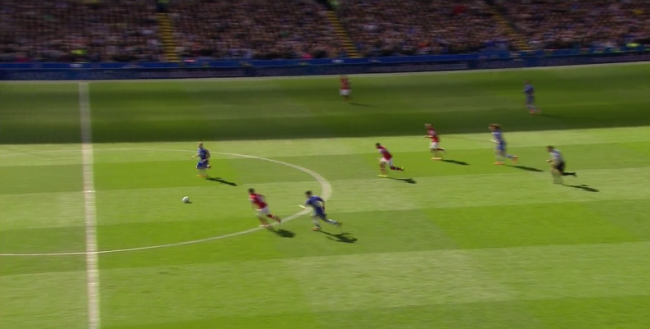 And now we have a two-on-two break. Samuel Eto'o, Laurent Koscielny and Per Mertesacker are off the screen to the left -- Eto'o is driving at Koscielny and Schurrle has a lot of space to run into. In this situation, it tends to be better for the striker to go to the outside of whichever defender the ball-carrier's attacking (or vice versa). Doing so makes it very difficult for the centre backs to both close down the man in possession and keep the striker marked closely. What does Schurrle do? 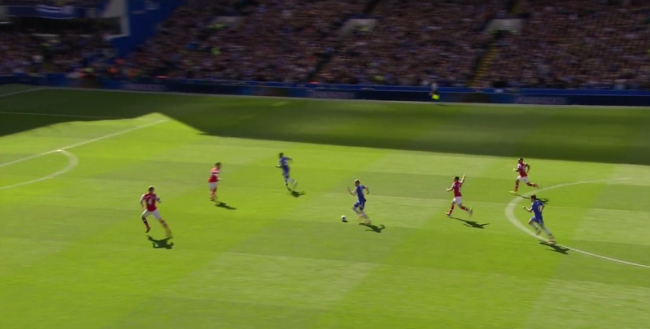 He baits Koscielny into a challenge... 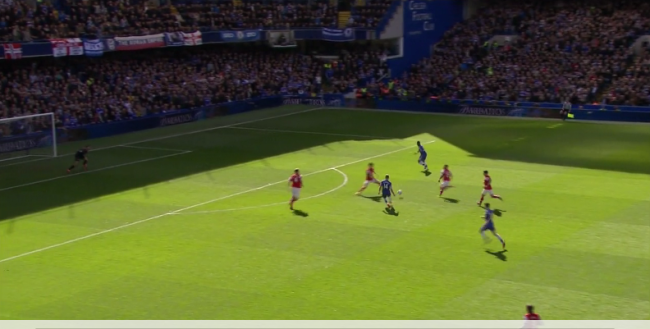 ...and then slides right for Eto'o to pick up. And now Chelsea have a free shot in the box, if Eto'o chooses to hit it first time with his right foot. Which he doesn't -- bear in mind that the pass was a fairly conservative one in order to avoid interception, and doesn't catch the centre forward in his stride -- instead choosing to cut back and dance around Oxlade-Chamberlain, who has used his raw speed to get back into the play.

No matter though. Samuel Eto'o might be getting old, and he might have lost a step, but he knows more about scoring and winning than the entire Arsenal side put together. 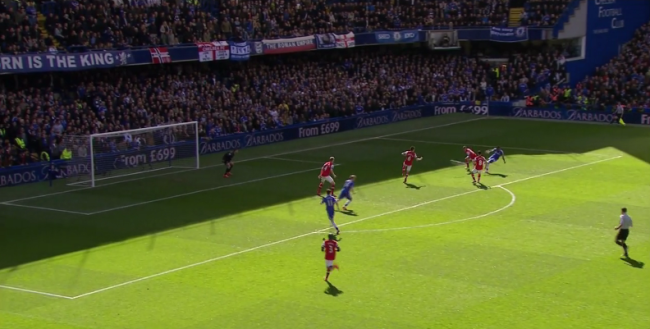 And, for further amusement, here is Arsenal's third-choice goalkeeper trying to keep up with Chelsea's old man. 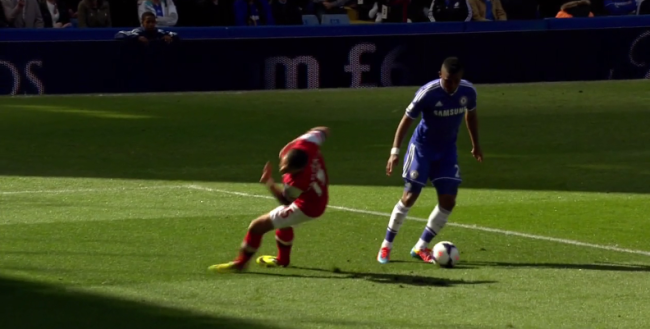 Maybe he tried to get himself sent off instead of Gibbs in order to preserve his ankles?.