It's hard to be humble when you're Captain Awesome Villas-Boas

Share All sharing options for: It's hard to be humble when you're Captain Awesome Villas-Boas

Were you worried that our favorite Portuguese Boy Scout's self-confidence may have been hurt by back-to-back failures in the Premier League?  You shouldn't have.

"In my first year at Spurs, the team achieved its highest ever points total in the Premier League.  In regards to my second year with Spurs, I cannot comment on this due to contractual reasons."

"When I left Chelsea the previous season, they went on to win the Champions League.  You have to give the players credit, but it was me who constructed that team."

That's right, all y'all unbelievers.  Or did you forget how - captained not by Frank Lampard in the final - we won the Champions League playing free-flowing, short-passing football with a high defensive line in a 4-3-3 formation?  How could you; you make AVB very sad!  And you shouldn't make someone who's lead armies across the Delaware sad. 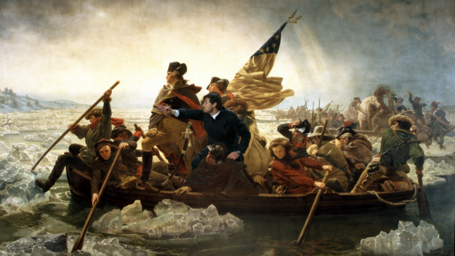 So, just three months after getting the boot in North London, (General of the) Armies Villas-Boas has dusted himself off, picked himself back up, and has gotten back on that horse.

For (Try-Try) Again Villas-Boas needs no time for reflection; he does not want your free paychecks as pity severance from Spurs (or from Chelsea earlier).  He wants to prove himself, gosh darn it, and prove himself is what he's going to do.  If not now, then at the next job.  And if not there, then at the one after that.  And if not there, then at the one... well, you get the point.  We all assumed Joe Hollenbeck was the last boy scout, but it is in fact Andre Villas-Boas.

NB: Here's somebody on Reddit who invested way more time into this than AVB's words ever warranted - under which manager were all the players signed who played a big role in our Champions League 2012 run? Unsurprisingly, Mourinho leads the way and it's not even close.