Share All sharing options for: Goal analysis: Eto'o vs. Galatasaray

While Didier Drogba was the man of the moment at Stamford Bridge on Tuesday, he was upstaged by another legendary African centre forward. Samuel Eto'o scored in the fourth minute to set Chelsea on their way to a routine 2-0 victory and a place in the Champions League quarterfinals -- let's break down his goal. 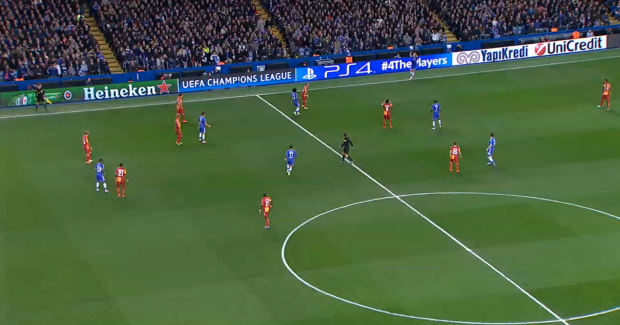 Wesley Sneijder conceded a throw-in for no reason, but it's deep in the Chelsea half and so there shouldn't be any real danger. Or, at least, there wouldn't be if not for one crucial little detail: hilariously, Galatasaray have forgotten to mark Eden Hazard, leaving him in acres of space right in the centre of the pitch.

Forgetting to mark Hazard is a fairly eccentric mistake to make, but it's slightly more understandable when you remember that the Belgian started on the left wing and was being tracked by Galatasaray's right back, Emmanuel Eboue. He wasn't comfortable following Hazard clear over to the other half, and with Felipe Melo marking Oscar nobody was around to pick Hazard up.

That leads to an unhappy chain of events for the visitors. 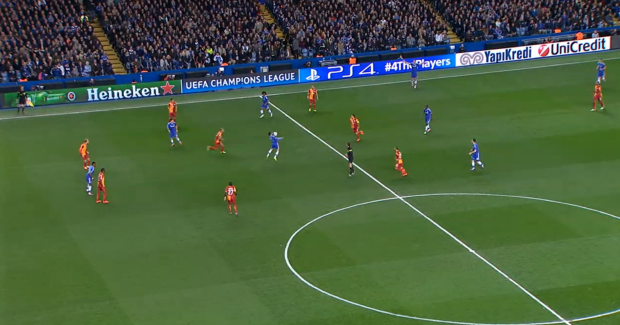 Branislav Ivanovic throws to Hazard, who controls expertly. By now, Felipe Melo has realised that he's the only one able to pick the Belgian up, and so dashes away from Oscar in a desperate attempt to win the ball and/or injure Hazard. This leaves Oscar in space, and if Hazard can turn... 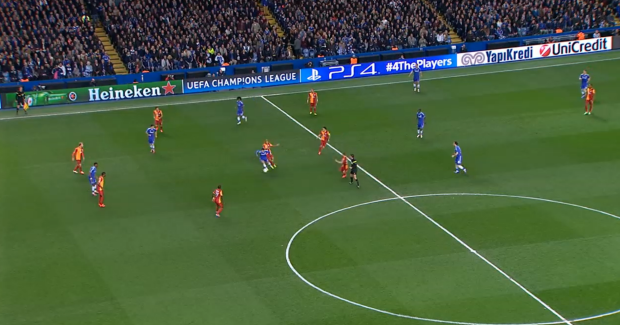 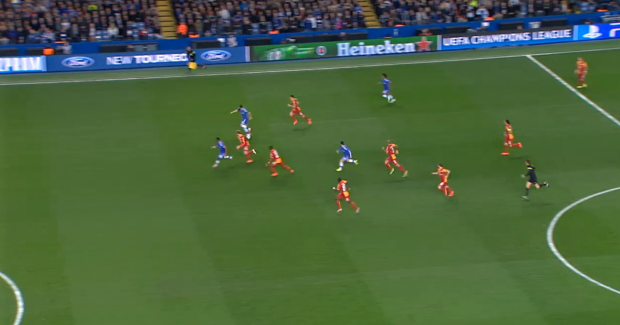 ...yep... there's a two-on-two break on. In this screenshot, Eto'o is offside, but since Galatasaray centre back Semih Kaya is being dragged deeper by Oscar, the striker just needs to angle his run to get back onside. 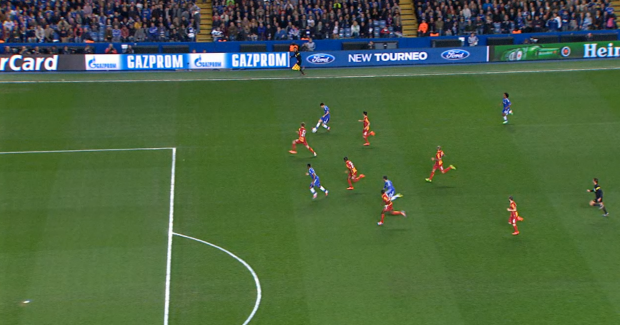 This he does, leaving Oscar to find him with a perfect pass between Semih Kaya's legs. From here, the Eto'o of seasons past would have gone clean through and beaten the goalkeeper, but he's not quite as fast as he used to be -- the defenders catch up and make things a little bit more difficult. 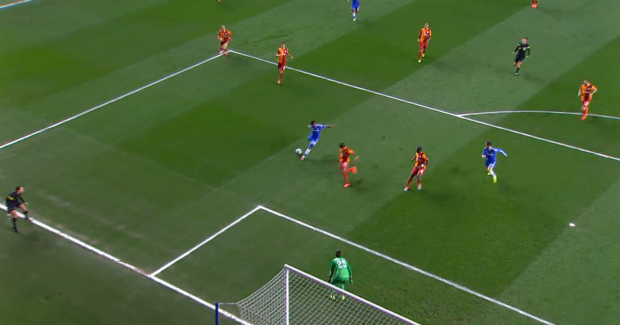 He's still just as good a finisher as ever, though. 1-0 Chelsea.

Champions League, Round of 16: Galatasaray vs. Chelsea