The genie has left the bottle: The atmosphere debate is here to stay

Mourinho's comments have brought the Chelsea atmosphere debate into the open. It's not going away

Share All sharing options for: The genie has left the bottle: The atmosphere debate is here to stay

The reaction to Jose Mourinho's post-match comments about atmosphere from the home crowd at Stamford Bridge are interesting for a number of reasons, and the continuation of the story in the media all week an indication of the identification of a wider malaise, at Chelsea and across top-flight football.

I don't personally think the manager of a team full of indulged millionaires should criticise people who pay good money to watch them play, but I appreciate that some other supporters have a different view and Mourinho is of course entitled to express his opinion by any means he chooses.

Mourinho was clearly not speaking with the approval of the club

Mourinho is a deeply intelligent man who clearly understands the power he holds both with supporters and in the media, and I am sure he expected a reaction to his comments. Whether he expected what has actually happened -- the curtailing of his post-match press conference when questions on ticket pricing started; voluminous media coverage of the original comments; the use of his comments as a catalyst for a much wide media and supporter critique of pricing, ground design and stewarding policy; the intervention of John Terry; the creation of a media star in Joe Davies; gently mocking chants by the uber-loyal Maribor travellers etc -- is another matter.

Twelve months ago Mourinho raised the issue of atmosphere and the club responded by saying it would be discussed at the next Fans Forum. A year on and it seems little has been achieved. Why should anyone believe this year will be different?  The Fans Forum contains representatives of a number of supporter organisations, websites, fanzines, podcasts etc -- it is clear these individuals care about the club and its supporters and genuinely want to make a difference. Sadly, it seems the forum largely focuses on housekeeping issues, and seems to have little or no influence on club strategic thinking on key issues that really matter such as ticket pricing.

Mourinho was clearly not speaking with the approval of the club, as it is evident from the press conference transcript that the journalists immediately latched onto ticket pricing, challenged him on this and the dialogue was immediately stopped by a member of the media department. It does not take a genius to realise that experienced journalists would immediately link complaints about atmosphere with ticket pricing and the changed demographic of football support. It is also well known that many journalists at the press conference use social media and have personal contact with a number of Chelsea supporters, so the story was always going to spread very quickly.

Club reaction (as quoted on the BBC website) is worth examining. "We've worked closely with supporters as regards improving the atmosphere at games and we'll continue to do so." This issue has been raised at Fans Forum meetings by representatives of supporters groups for years but to little avail. Groups and committees have in the past been set up to try and improve the atmosphere, and the current one, Shed End Atmosphere, certainly deserves support. The reality, though, is that little has changed in terms of atmosphere in Stamford Bridge, certainly not for the better. The fact that Mourinho feels the atmosphere has got worse since his first period in charge underlines this.

"We work hard within the constraints of the current stadium to keep ticket prices down, and have frozen those prices in seven of the last nine seasons." It is a fair point re the price freeze, though the inflation-busting price rises in the fifteen years before that have priced out a generation of potential support, so keeping prices at a steady level doesn't redress the issue. The key challenge if/when Stamford Bridge is rebuilt is to ensure the design of the stands and the ticketing policy encourages more young supporters to go to games and is conducive to creating a volatile atmosphere.

"The club's ticketing policy is due to be discussed with supporters at a forum later this month." See above. Don't hold your breath. I would love to be proved wrong, and that the club start a genuine in-depth dialogue with supporters on these issues, both in the current ground and any redevelopment, but we'll see. 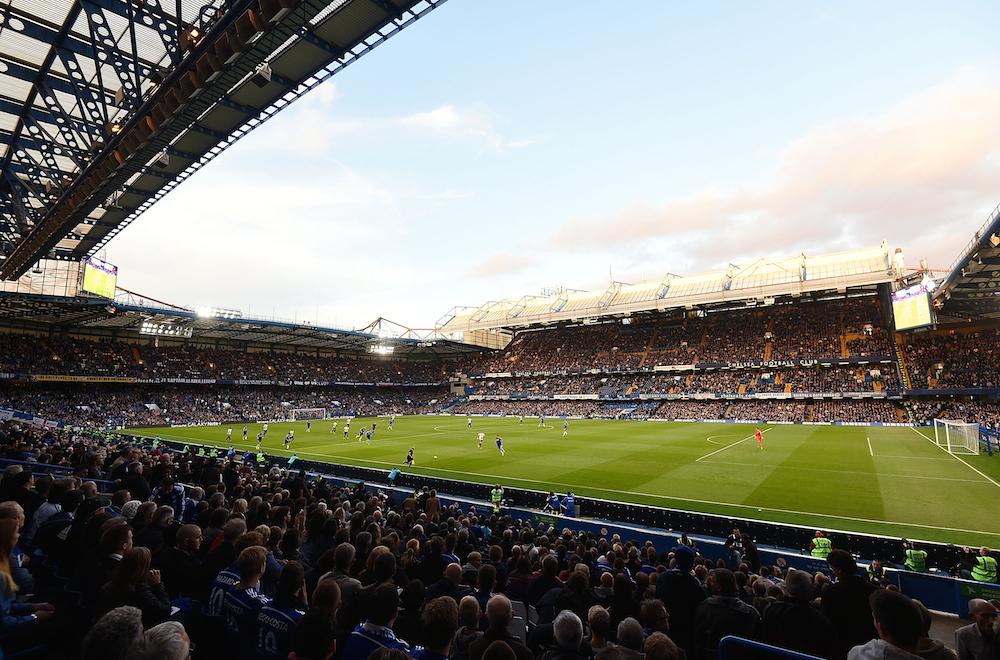 The intervention by John Terry, calling Joe Davies and promising to talk to the board, has raised the stakes further. Engaging with a committed young supporter and saying that he, the squad and the manager want to raise issues with the board such as cheaper tickets for young supporters, a singing section and the positioning of the away section makes the matter much hard to ignore, given his profile and status and the fact that Joe went public about this dialogue. The assumption has to be that Terry was acting independently, as opposed to with club encouragement, and if that is the case then fair play to him.

Prohibitive ticket pricing which excludes young supporters, the positioning of the away section, over-zealous stewarding and the ‘persistent standing' ban threat at Stamford Bridge have now caught the attention of our supporter base, the club, the media and the wider football world. It is clear that diminishing atmosphere within grounds and the negative impact of pricing strategy on that atmosphere are recurrent themes across the Premier League. The Premier League talk about their unique brand, and how the atmosphere in grounds is an integral part of this, but do little about addressing the conditions that inhibit this, let alone do anything about creating an environment to improve crowd vibrancy.

The club and the Premier League need to decide what they want. Do they want vibrant grounds, or do they only want those who can afford top-dollar prices, thereby optimising revenue. The two are not incompatible but a balance clearly needs to be struck. Over the past quarter century, those with the passion but not the money have in many cases been replaced by those with the money but not necessarily the vocal passion.

The seemingly increasing number of visitors with little or no feel for the roots of the game, for whom half-and-half scarves, filming the game on their iPad and/or taking endless selfies seem appropriate behaviour certainly does not help. I fully understand the desire of the club to attract a global supporter base and use the revenues resulting from this, but there is a growing danger that, at home games, this will be at the further expense of an atmosphere that intimidates opposition teams and inspires ours.

The club may assume the fuss will die down, but to me it seems that the genie is out of the bottle. The issue of ground atmosphere, and the underlying reasons behind the lack of it, sit firmly in the public agenda. How the club respond, and what actions they take to improve atmosphere, will say something to supporters about the post-Gourlay world at Chelsea.

Tim Rolls is chair of the Chelsea Supporters Trust, but this piece was written in a purely personal capacity.