This weekend Chelsea lost one of its greatest servants. John Neal took Chelsea from the brink of relegation to the third tier of English football into the First Division. In a time where Chelsea's away support was revered, Neal worked to restore Chelsea's standing on the pitch. He had a wonderful eye for talent and a knack of getting the best out of his players - qualities that transformed the club's fortunes.

Neal radically rebuilt the Chelsea side: signing Kerry Dixon and Pat Nevin amongst others on his way to winning the Division Two title. An intrinsic part of Chelsea's history, his name should be woven into the tapestry of our club for what he achieved. Without people like John Neal the likelihood of Chelsea being in the position we are today is remote. I am sure the club will remember him in the correct manner 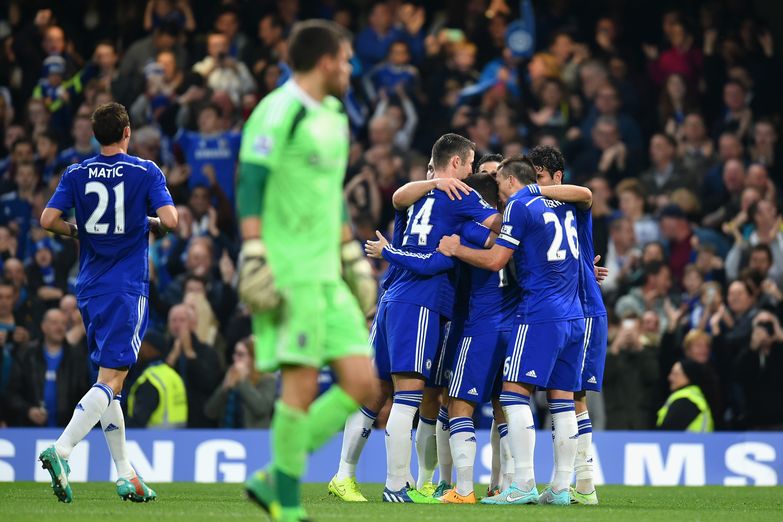 With that being said we move onto last Saturday's game against West Bromwich Albion. There is a commanding air of authority developing in this Chelsea squad. I cannot recall a game so well controlled and one sided. The first 30-40 minutes were as good as anything Chelsea has played. Not since Chelsea blitzed to a 3-0 lead against Barcelona under Mourinho have we looked that good.

One of the beautiful things about this Chelsea squad is the flexibility it has within it. We can outplay teams, we can counterattack, we can mix it up or we can park the bus. Such was the surgical precision of our summer transfer dealings that this is arguably the most balanced squad in the Roman era. From an opposition standpoint the way to cope with the variety in our play is proving almost impossible to deal with.

Last season you could sit deep against Chelsea and frustrate the life out of the team. There was little imagination or a creative outlet that did not involve Eden Hazard dribbling past four players. Everything has changed this season and teams are finding it increasingly difficult to play against us. Psychologically we are developing a fear factor; Stamford Bridge is becoming a stadium you do not want to visit.

Teams will eventually realise that coming to Chelsea and sitting back produces a loss. Ben Foster was effusive with praise about Chelsea after the game. There is an inexorable feeling about Chelsea in possession, a case of when not if. That wave of inevitability can be crushing for sides to battle against. West Brom's apparent happiness to only lose 2-0 reflected this entirely.

Cesc Fàbregas has been a superlative acquisition - he changes the entire dynamic of Chelsea's midfield. The unpredictability of what he is going to do in possession keeps opponents permanently in a state of flux. If they switch off for half a second he is playing 40 yard passes in behind for Diego Costa. If they sit deep then he is circulating the ball, probing with his passes and inevitably finding teammates quickly and in space. He is the master locksmith with a key to any defensive door. How Arsenal let him come here remains one of modern football's great mysteries: thank you Arsenal.

Nemanja Matiæ, Chelsea's midfield fulcrum, has added subtle power back into the spine of the team. He is like the eye of a magnificent storm, bringing a level of calm and control that we have lacked for so long in an otherwise chaotic area. Matiæ is a Rolls Royce of a midfielder and the way he goes through the gears to reclaim possession before distributing the ball crisply is a wonderful sight. The beauty of having him paired with Fàbregas is that even when sides press the Spaniard, Matiæ can take the initiative and push forward with the ball.

Ahead of our midfield duo are the wonderfully creative talents of Eden Hazard and Oscar. The Belgian can still certainly improve his finishing, I am not sure anyone would debate that, but he is an absolute joy to watch at the moment. It seems like everything is clicking for him under Mourinho. His work rate is exceptional; seeing him chase back to win tackles or to press the ball is outstanding.

If his work without the ball is earning him plaudits, when the ball arrives at his feet Hazard is an animal. He ghosts past defenders, gliding effortlessly above the grass as if his boots barely register on the surface. The way he skips and sidesteps around tackles has to be one of the best things about watching Chelsea. His goal had a touch of fortune about it, but it felt like WBA could do absolutely nothing to stop him on Saturday. The corner that Fàbregas and Hazard took that Terry almost converted was like watching a computer game with someone taking liberties against their 5-year old cousin.

Perhaps the most pleasing thing this season has been the realisation of Oscar's considerable talent. Like Hazard he has things he can improve upon, but he has been playing phenomenally well this season. The perfect modern number ten in many ways and we are beginning to see more of his creative side as the season progresses. His pass for Costa's goal was magnificent, but it his intricate link-up play with those around him that's joyous to witness. Him switching with Fàbregas, Hazard or Willian drags players out of position and into areas they do not want to be in. Oscar may well be the embodiment of Mourinho's philosophy in his Chelsea 2.0 project.

If all the above provide a variety of passing, movement, skill, aggression and creativity that teams struggle to contain then Diego Costa is the impressive cherry on the top. How do you actually stop him from scoring? You know he is going to try and find space in the box, so why can teams do so little about him? It was a question I always asked about Lampard. You know he is going to make a run from deep to get into the box, so why did no one ever see him? Costa has an innate perception of space. You cannot teach what he has nor can you replicate what he brings to this team. On another day he might have had a hat-trick, but for some excellent goalkeeping from Ben Foster.

For the goal he gambles on the last line of defence and when given the ball his finish is perfect. There is no finesse with Costa. While the chest control was actually magnificent his only thought is to maintain focus on the ball and get a good connection when it drops into his path. It looked incredibly simple, but Costa has a knack of doing that. He rarely overthinks a finish. The run across the defender where he managed to open his body and direct the ball agonisingly past the far post was world class. He was also unlucky not to net when put through on goal due to Foster's quickness from his line.

Is Costa the difference between us winning the league or not? Again, I try not to be sucked into this hyperbolic anointing of champions this early into a season, but he might well be. He will have a fight with you, he will run behind you, he will spin off your shoulder, he will get in front of you, he will come deep and he will run at you. Crosses, slide rule passes, clips over the top or just being in the right place - he will get to the ball and when he does the ball is going on target. 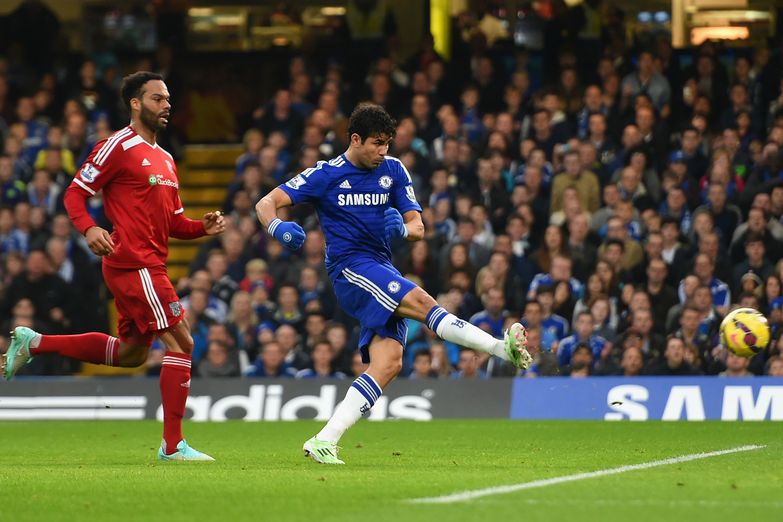 So how do you stop Chelsea? Apparently by trying to break Diego Costa's leg. Within the laws of the game? Sitting deep and defending does not appear to be the answer. If teams realise this they might actually come and have a go when they play us. Sadly, WBA showed in the second half that they would rather lost 2-0 than actually try and salvage something from the game. That is the ultimate compliment and a sign of the exalted echelon that this current side are gravitating towards.

I must admit that I left the ground on Saturday wondering how we had not scored 6 or 7. Undoubtedly Ben Foster played the game of his life and there are still salient issues with the quality of our finishing. Was the final result "disappointing"? I use the term disappointing loosely, if only because I would have hoped we could go on and score more. However, attempting to be rational I think the second half makes a lot more sense.

The Premier League is potentially the most competitive in the world. By that I mean that every team will make it difficult for you and the level of effort needed in each game to win is significant. West Brom effectively allowed us to stroll around for 60 minutes and over the course of the season that might be important. If you read about sports conditioning then accumulated fatigue is one of the biggest causes of injury. The fact we have almost been given a "free" win is therefore positive. We go to Schalke having only really played for half an hour.

The league is a marathon and not a sprint. There is little value in obliterating opposition pre-Christmas and having the likes of Hazard, Oscar and co. fizzle out when it really matters in the New Year. We should be good enough to not worry about inflating our goal difference. The goals will come as we continue to progress. Sometimes you take what is on offer. On Saturday, particularly in the second half, West Brom offered us the chance to walk our way to victory. Sure, we could have gone for it and tried to rack up a cricket score. In the circumstances and the fact we are playing on Tuesday I would much rather us stroll to victory than need to go flat out for 90 minutes to grab a victory.

What I would like to know is how do we realistically improve this squad? Who would you like to sign in January? Are we currently good enough to make a run at the European Cup?