Yet another international break

If you blink this season we automatically head into another international break. There seems to be an unerring correlation between blinking, breathing and moving that triggers some bout of international qualification. Thankfully Spain have finally seen some sense in resting Diego Costa, but Cesc Fàbregas’ injury apparently needs to be verified by their own medical team. Given that their last diagnosis meant Diego Costa was out for a month, this does not bode well.

Things seem rosy at the moment. However, given the nature of the Premier League we are only a lapse of concentration away from letting things slip. I read an interesting piece by POA friend Rik Sharma surrounding the notion of complacency. Rik draws similarities between Pep Guardiola’s Bayern last season and us this year. The idea being that Bayern (or now Chelsea) is so far above 95% of their domestic rivals that it gets difficult to motivate the players on a week-to-week basis. Rik concludes that “competition is healthy; it keeps teams on their toes. The challenge for Chelsea is to stay at their best when they are so clearly more advanced than their domestic rivals”. 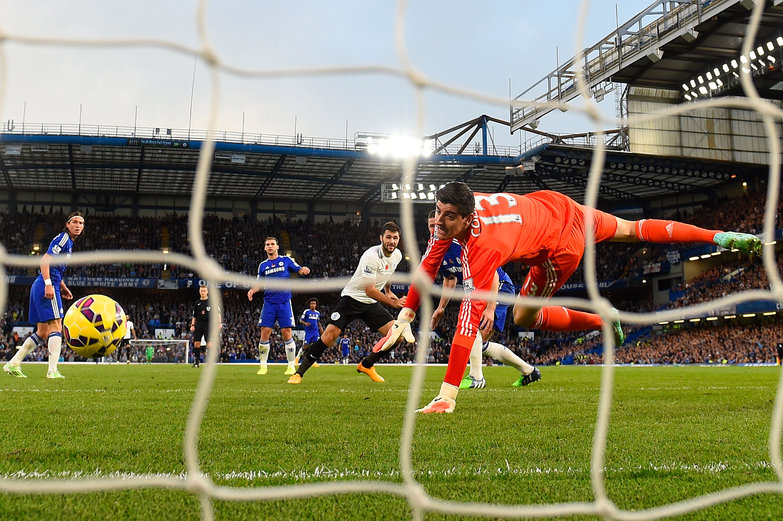 It is unlikely that Chelsea can play sparkling football every time they touch the pitch. It is even more unlikely that Chelsea will go through the season unbeaten. Nevertheless, the level of expectancy surrounding the team at present is astronomically high. The almost hysteric overreaction after beating Queen’s Park Rangers was surreal. We won the game in second gear. Manchester City, who was incredibly lucky to get a point at Loftus Road, quickly provided context for Chelsea fans. There are no easy games. We do not have the right to turn up and play wonderful football. Teams will make it difficult for us and in that moment we have to simply get the job done.

In José Mourinho we have someone who will not accept his side strolling through games. The way he handled things in Maribor, particularly from the technical area, was a stark reminder of his standards. I will touch a bit more on this later, but Mourinho expects those playing to work for the team regardless of the opposition. The experienced players within the squad should also now be able to step up to the plate and help. John Terry, Didier Drogba and co. need to motivate their younger colleagues.

Should we be worried going forward? Possibly. It is not an arrogant thing to suggest that at this present moment our biggest enemy is staring back at us in the mirror. This will likely change over the course of the season, but we must continue to build upon our cracking start. Manchester City will come good and when they do we need to make sure this buffer we have engineered is still comfortable. We will go deep into Europe again this season. City may therefore have the advantage of not playing twice a week. They can catch us as the season reaches its conclusions; we have already seen the advantage Liverpool had last season in this respect. 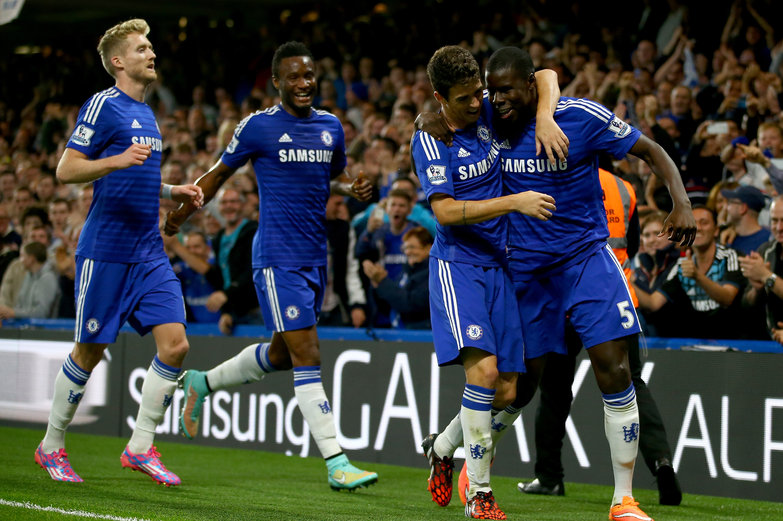 Squad Depth – Is It A Worry?

One of the weaknesses of this Chelsea squad is the lack of depth in certain areas. While Eden Hazard and Oscar are playing as well as they ever have done, no one seemingly wants to take the third berth. Willian, a personal favourite of mine, works incredibly hard and helps circulate play really well. However, his attacking dynamism seems to have fallen away from his game. Oscar has seemingly found a balance that works here. If Willian can be more direct and shoot more (he is a great finisher) that position should be his.

Beyond Willian, who has been playing well this season, there is no one to really challenge or rotate with. André Schürrle has been the definition of underwhelming. When he has featured this season he seemingly wants to shoot at any opportunity. The problem being that he has purportedly borrowed John Obi Mikel’s boots. Wayward shot after wayward shot, an infuriating tendency to dwindle on the ball and a complete lack of awareness for those around him when in possession are the hallmarks of his game this season. Even worse is his inability to defend at all. If Eden Hazard is getting back and winning possession in his own defensive third, André Schürrle should be breaking his neck to help out.

Similarly Mohamed Salah continually looks as if he has never played football at times. He has electric pace, but absolutely no end product. Those familiar with Jepser Gronkjaer will see stark similarities. I am sure there is a footballer in there somewhere, because he was very good against us. Maybe the complexity of Mourinho’s philosophy stifles what he is capable of producing, but again the benchmark is Hazard’s development. If Eden, one of the most talented attacking players on the planet, can track back and support his full-back then Salah can as well. If we wanted someone with sprinter speed then Alex Kiwomya (who is unlikely to ever play for the club) has all that and more. He also would not have cost upwards of £15 million.

I have been really pleased with Kurt Zouma’s progress. He still looks raw, but the polish being applied since pre-season is tangible. Mourinho clearly trusts him as he is playing regularly when the opportunity is there. He seems to be trusted in the Champions League and will likely play the majority of domestic cup games. John Terry’s influence is very salient in his development. There are shades of the early Terry in the way Zouma attacks the ball in the air. He is timing his leap much more effectively now than in pre-season. Once he becomes accustomed to his own freakish athleticism then I think we will see him win almost everything in the air. He has impressed and can rightfully be viewed as Chelsea’s third choice centre back now. Patience is crucial, but his burgeoning defensive instincts will form a potent cocktail allied with his physical traits. 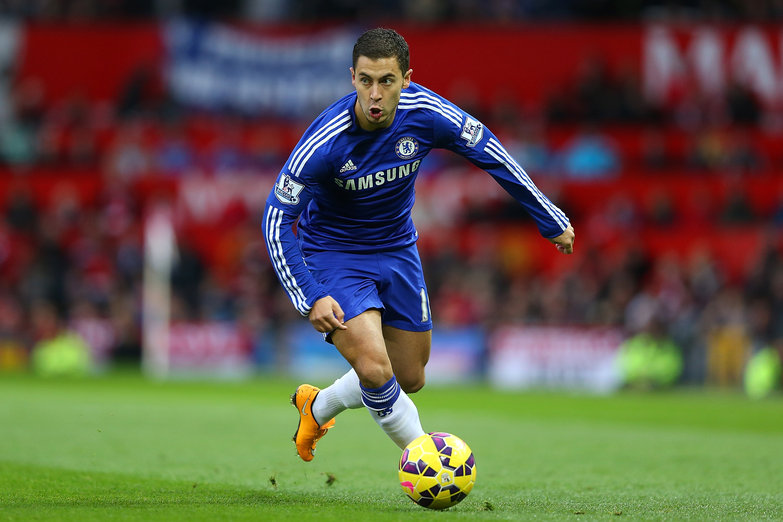 Greatness on the Horizon

It would be safe to say that Hazard has moved up another level again this season. I could wax lyrical about his development from a mercurial winger to a complete forward. His work rate is insane for someone so talented. Towards the end of the Liverpool game he chased back some 30 yards just to put pressure on the ball. This was after tormenting Glen Johnson all game long and making Steven Gerrard look like a statue in the first half after one wicked turn.

There is one glaring ‘weakness’ at present though and it will not be a surprise that I mention it. Eden is not the most consistent finisher. He is becoming more direct and more confident in his abilities when he has the ball. However, what is separating him from entering that upper echelon of greatness is erratic finishing. I think Hazard is a more creative and skilful player than Arjen Robben. Nevertheless, Robben is a world class finisher and evidently more direct. Robben guarantees goals in a way that Eden does not quite match at present. That directness and finishing ability are what makes Robben unplayable at times. You know he wants to come in on his left foot, everyone in the world does. Stopping it and then stopping the shot are entirely different matters.

Forget the penalty in Maribor for one moment. Hazard played out of his skin in the last 30 minutes of that game. It is the chances that he creates for himself or where he is put through on goal that we need to see converted. The most accomplished finishers I have seen at Chelsea were Eidur Gudjohnsen and Hernan Crespo. Whenever the Icelandic forward was through on goal it would be unbelievable to see the ball not go into the net. He had the composure to dink the keeper, the ability to slot the ball into the corner and the technical quality to smash the ball in a controlled fashion into the net. Similarly Crespo was absolutely clinical in a way that not many centre forwards are in the modern game. Equally adept in the air or on the deck, he could score from 30 yards or arrow a shot into the bottom corner from an acute angle.

This is the one area that Hazard needs to work upon. He may not be a natural finisher, not everybody is, but I do feel that it can be improved. Thierry Henry (only referenced for his views on finishing, never again) often spoke about having a picture of a finish in mind when receiving the ball. He would work on the same finish from the same area repeatedly in training. This repetition makes it almost second nature. If receiving the ball at a particular angle Henry would know that he was going to open his body and side foot it into the far corner. I feel with Hazard that he overthinks things at times. Considering how natural he is everywhere else on the pitch, it must frustrate him a lot. If he works on this and he improves then there is little doubt Eden will get to that next level of greatness pretty soon. 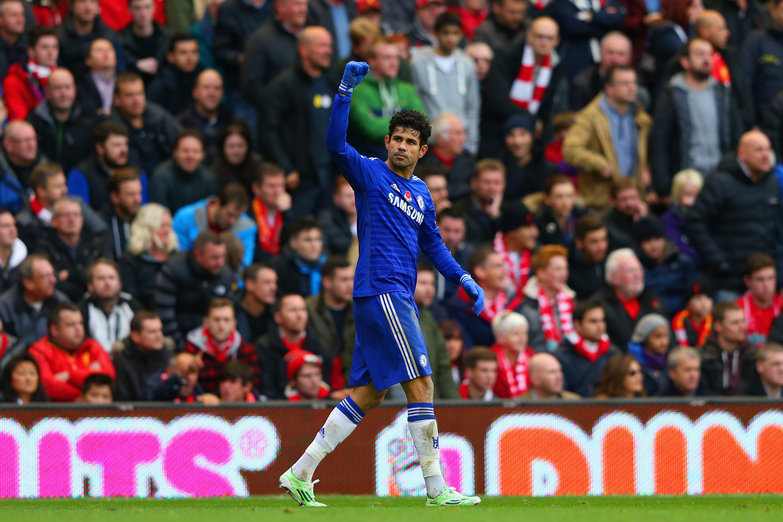 Having navigated Manchester City (a), Manchester United (a), Liverpool (a), Everton (a) and Arsenal (h) in a positive fashion are we now ready to kick on and win the title? All this media talk of going unbeaten and talking us up on every level needs to be put to bed by our supporters pronto. They want to push a narrative that means when we lose they can talk about “pressure”, “crumbling” and “have the wheels fallen off”. Try not to get sucked into the hype, we have not even played a third of the season yet.

There are going to be plenty of twists and turns to navigate as the season unfurls. Teams will improve and January will be another chance for City, United and Arsenal to strengthen. City will buy, United will buy and if Arsenal listened to Claude a little more (if you know, you know) they can all mount charges down the second half of the season.

Keeping Diego Costa fit is paramount. He changes the way we can play and his progression towards becoming a complete centre forward is brilliant to see. Costa can peel wide, go in behind, come short and hold play up well. He is improving his ability in the air and won some crucial balls against what is a physical Liverpool centre-back pairing. Costa’s ability to continually find space and locate the ball in the area is exceptional. Nearly all of his goals have come from him using an array of feints, dummies and movement to find a pocket of space in the area. He invariably works the keeper when he has a shot as well. Costa is crucial and hopefully his injury problems lessen as we rotate and rest him where possible.