This Gerrard video from Saturday is both instructive AND hilarious

Share All sharing options for: This Gerrard video from Saturday is both instructive AND hilarious

Steven Gerrard might not have slipped this time around, but he didn't exactly have a great time of things on Saturday. Not only did he lose to Chelsea at home, but he put in an awful performance on top of that, a veritable cavalcade of enthusiastic incompetence that the Blues exploited at every opportunity. Observe:

NSFW video for LFC fans: Gerrard hopelessly out of depth as a CDM vs. Chelsea. https://t.co/IL1Vit3cKG (via @Marco_A21)

This, of course, is just a slightly worse version than every other game Gerrard's had as a DM. He doesn't have the positional discipline to avoid chasing out after the ball, nor does he have the athleticism to recover once sucked out of position. It's all very amusing.

I'm not just posting the video to laugh at Gerrard, however. Within this performance is embedded a real warning to managers and analysts: understand the sources of your problems before moving to address them. Liverpool's defence was a mess last season, and so they spent vast amounts of money 'upgrading' it this summer. And, as if like magic, their new defenders are just as bad as the old, because they're being hopelessly exposed by the midfield.

While it's quite nice that Liverpool didn't bother looking too closely at what would actually fix their defensive concerns, Gerrard's woes being transmitted to the rest of the team are a stark reminder of the problems of treating players in isolation. The defensive unit in particular needs to be coherent, and failure to build an effective screen produces catastrophic results in the defensive line. 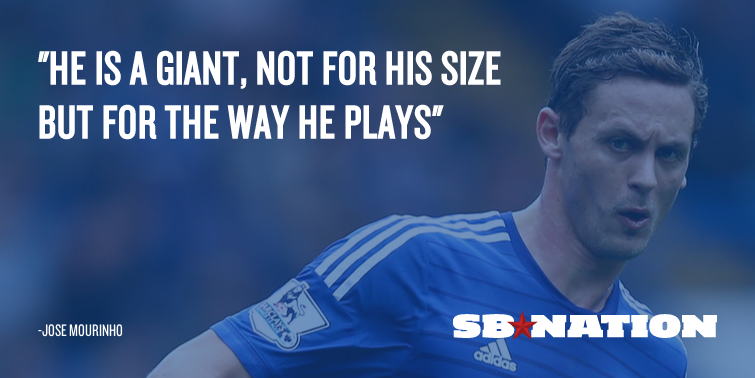 Where did that photo of Nemanja Matic come from?!