It's mid-July, which means the return of the Premier League's official fantasy football game. It's something of a tradition for We Ain't Got No History to host a private league in the wider competition. That hasn't changed this year. Our official league is back for 2013-14! If you want in, it's very, very simple.

First, you go to fantasy.premierleague.com 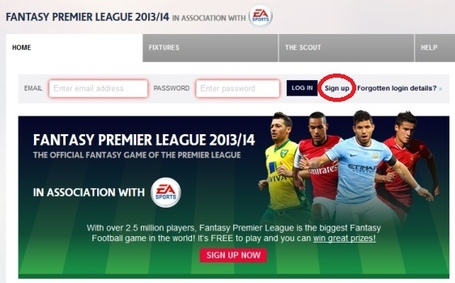 If you have an account already, enter your details, enter your account as normal, and skip to the end of the article for the league code.

If not, click the sign up link circled in the first photo above, click "register" on the next screen, as circled in the second photo, and, finally, enter your details in the next few screen. Now you've successfully registered your new account, you're ready to go. 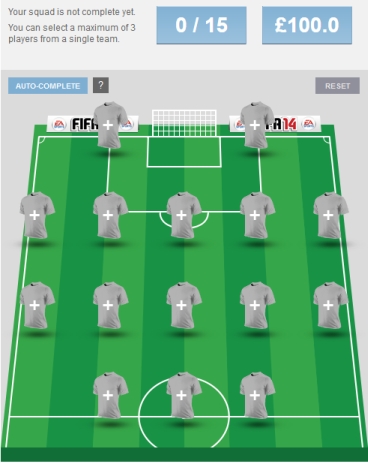 If you've done everything correctly, you should now see the screen above, where you select your team. One is allowed to select 15 players for your squad: 2 Goalkeepers, 5 defenders, 5 midfielders, and 3 strikers. Before you go hog-wild and select Robin van Persie, Luis Suarez, and Sergio Agüero as your forwards, you've only got £100 to spend on all 15 players. You may also only select three players from any one club. Once you've selected your squad, choose a name for your new team, and enter it into the competition, as can be seen in the photo below. 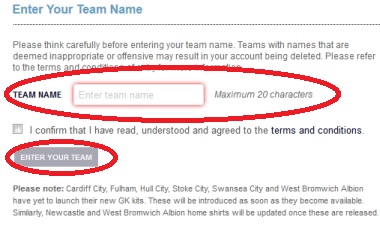 Got that? Good, now we can move on. 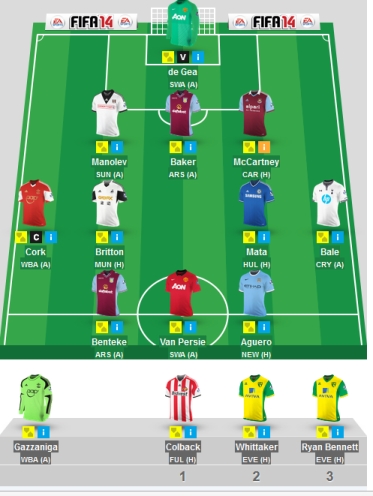 As you can see from the photo above, this is where you choose your team. You have to choose a first XI, and four substitutes. You're required to field a goalkeeper, and at least three defenders, two midfielders, and one striker. How you allocate your other four players is up to you. Once you have a starting XI, your remaining players will appear below, on the subs bench.

Your substitute keeper will only play if your first doesn't. Likewise, your subs will appear if one of your primary players doesn't. There are some rules to keep in mind, however. Your subs will come in in the order they appear from left-to-right on the screen. If, however, a substitution would bring your team below the minimum number for any position, only a player in that position can replace him. [Ex: If you have only three defenders, the first of your substitute defenders will come in before any other substitute.]

Have you got all that? Yes? Okay, let's scroll down a bit. As pictured above, this is where you choose your captain. The captain of your team will get you double points in any given week, and the vice captain will too, but only if your first captain doesn't play.

Right. Click "Confirm Your Team" so we can move on.

In this photo, you can see the various tabs in the game. "Points" shows you how you've done every week and "Pick Team" is where we've come from. "Transfers" is where you make changes to your team. Until the first deadline ahead of the first round of fixtures, you may make as many transfers as you want for no cost. After that, you'll have to pay for any transfers apart from your first every week. Unless you use a wildcard, giving you unlimited transfers for the week. Unfortunately, you only get one for use at any time, and another which may be used during January.

Anyway, now you should click the "Leagues" tab. Use the following photos to guide you through the process of joining our WAGNH League:

This is your first screen. Click "Join A League"

Which will get you this screen. Select "Private League" and click "Next" 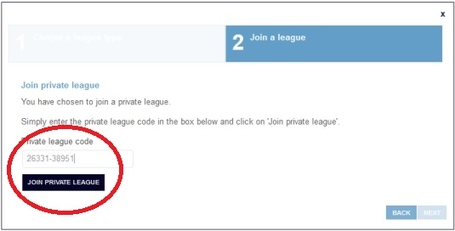 Now you're done! Enjoy playing Fantasy Premier League with us!