The Champions League of Hate has reached its crescendo

Share All sharing options for: The Champions League of Hate has reached its crescendo

The hate is strong with these two.

Rio Ferdinand. Tom Henning Ovrebo. These are men that epitomize what it means to be unloved. I think it's safe to say we have a grand Champions League of Hate final on our hands.

This competition, in its inaugural season, has seen much disdain. And much debate. But one constant throughout was the overwhelming feeling that this pair - these two lustful c***monsters - were favorites to reach the final stage.

They have. How it unfolds from here, meanwhile, is anyone's guess. 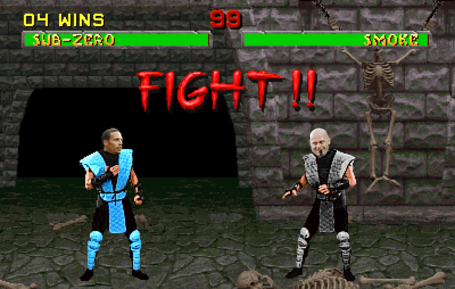 Time to vote. The poll will close on Friday, with the winning soliloquy making its way onto WAGNH on Sunday or Monday. This is going to be a tribute you won't want to miss, so make sure you get your votes in.

Oh, and as you already know: We ask that you channel most of your animosity into the voting process and not into producing obnoxious commentary below. And please, don't engage in mindless bickering with someone whose opinion doesn't mesh with yours. Leave the hate for the tournament, people.

I'm out - meeting Ed Boon to develop a CL of Hate edition of Mortal Kombat. So many ideas for fatalities.

The Champions League of Hate, presented by Rafa