After becoming a household name during the last decade across the globe, Chelsea Football Club is on a reset mode clearing the path for CFC Ver#1 and paving the way for CFC Ver#2. While Ver#1 focused on established big names to swell up the trophy cabinet, Ver#2 is an updated, lean & effective model focusing on hidden gems & potential world beaters to further adorn the stars on the blue jersey. At the same time, the club is aware of the threats from Man Citys, PSGs, Real Madrids and is sensible to create level playing fields by splashing cash on Hazards, Oscars & Co.

As such, my attempt is aligned with what-i-think-is the current vision of Chelsea Football Club & focuses on purchases who can contribute to the first team and\or are future sell-able assets.Before I begin, good riddance to all these players who did contribute to CFC in "their" own ways even though we fans will differ vehemently on the "contributions". 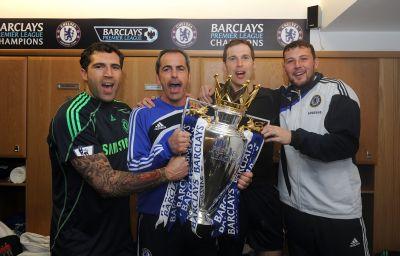 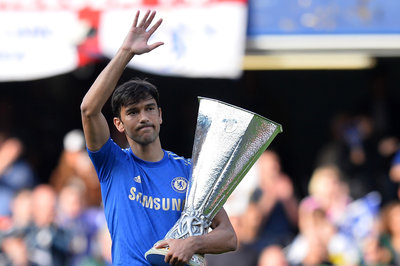 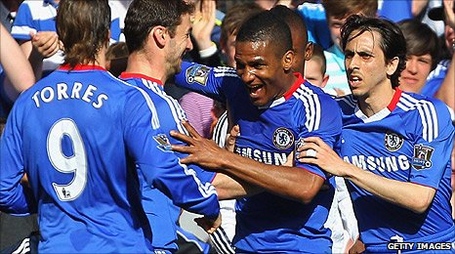 1.Romeu: Unfortunate injuries marred his career with Chelsea. The 21 year old has shown glimpses of his talents but I would prefer to sell him now to make way for a more established DM. Sell for £7M.

2.Marko Marin: German Messi was a decent purchase but was overshadowed by the wealth of Hazard & Oscar.No point in warming the bench and is neither beneficial for Marin nor for the club. Sell for £5M.

3.Gael Kakuta: Will struggle to break into starting XI. Better to part ways.Sell for £3.5M

4.Jeff Bruma: Will struggle to break into starting XI. Sell for £3.5M.

5.Van Aanholt: Luke Shaw would be right option for future. With Bertrand in the wings, PVA will struggle to break into first XI. Sell for £2M.

After going through the current Chelsea rooster, it’s very evident that we need reinforcements in these departments:

Additionally, I will also invest in some of the key areas (eg:Left back) and look for potential players for the near future. I pick 7 players who can fill the voids to a greater extent in CFC(1 being the highest priority): 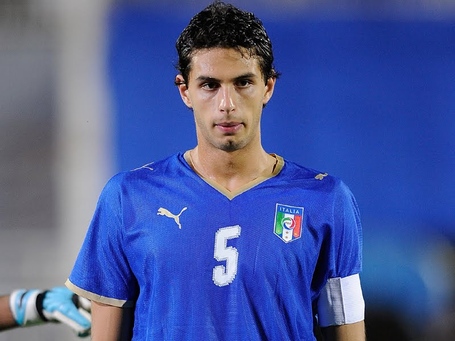 Already earned caps with the Italian national team; a solid CB with 4.3 tackles and 3.5 interceptions per game which is among the best in Europe. Standing at 6ft 5ins he is of course a force in the air but those long legs can also eat up the ground to make recovering tackles or sure interceptions. Sure on the ball, he can play out of defense and when under pressure, he is never hurried into a wasted clearance.

If paired with David Luiz, he can make an instant contribution to the squad. Andrea is value is around £16-18M.

Lot has been written on this site about Van Ginkel and I am on board with bringing in a player of his quality. Ginkel fits well with CFC with a price tag of around £12M. 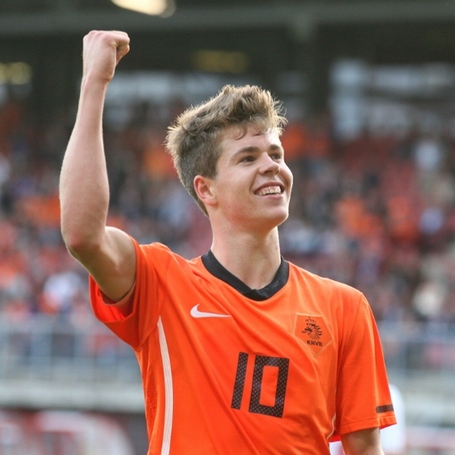 And yes,Fellaini. Who else to solve our midfield problems? I do hear many other names such as Etxebarria,Bender,Khedira but one factor that most of us overlooked is the experience playing in PL. This position that we are recruiting Fellaini for is a crucial piece of the puzzle-the engine. Someone who can contain the defensive shape while at the same time contribute towards attack. A player who can tackle,has loads of stamina,has good awareness of the game and is a threat at set pieces.You want him to play in 4-3-3 with Fellaini dropping deep aided by Ramires\Ginkel\Oscar\Lampard or move him up the field, drop Mikel to the mix and still keep the defensive shape intact while allowing the likes of Mata & Hazard to do what they do the best- Fellaini is the man. Fellaini’s versatility alone warrants him to walk straight into Chelsea and be the anchor man.

His stats are given below(I apologize for the small image as I struggled to get the right size.Click on the image and you could see the stats better).

Further, the 25 year old can be a brutal attacking force for set pieces alongside Luiz,Cahill,Ivan & Terry. Look at our chances in converting a corner when atleast 3 of these guys are around and none of the Toure’s will dare touch Mata & Co.

Even if we don’t buy anyone else, a SINGLE purchase should give us a lift and that is the big Belgian. There is a release clause of around 24M but if we can nab him for around £30M, let’s do it. 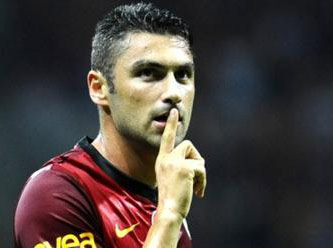 Rooney is also top of my list because of the EPL experience and the contributions that he can make to the team right away. But he is priced too much for my liking. Another relatively cheaper option will be Yilmaz. Burak registered eight goals in this season's Champions League. That haul included a winner against Manchester United in November, a hat-trick in Cluj and goals in both legs of the knockout-round victory over Schalke.If Galatasaray accepts our bid for £20M,I will happily take Burak to Stamdford Bridge. 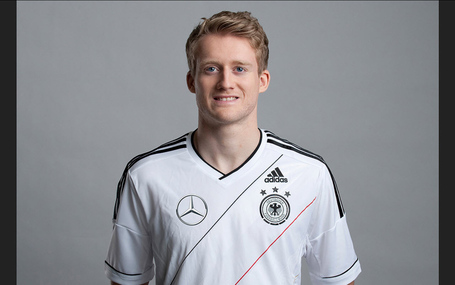 Apart from Hazard and to an extent Moses, we lack a pacey & versatile winger. Schurrle is heavily rumored to join blues and even though his price tag is inflated, I would wrap him for £22M. 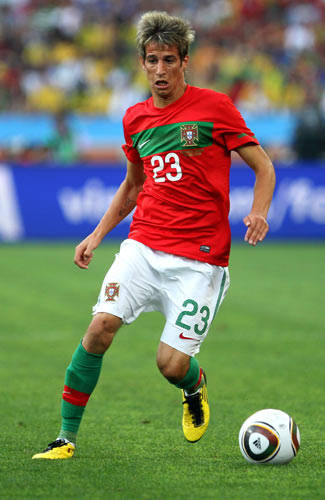 Forums and sites are filled with the voices of Luke Shaw but I guess he needs some more time to develop his overall game. Luke is a nice to have addition at this point of time but we need an experienced LB to replace Cole. Fabio has been inconsistent for Real Madrid but there is no denying his quality. Fabio looks the right fit and has got the experience playing in Champions league and other similar competitions. Cole will be the main guy but we need someone more than Bertrand to provide a good cover to Ashley and Coentrao is the one in my opinion. Market value is quoted as around 10M but that's too tad low. £17M looks good. 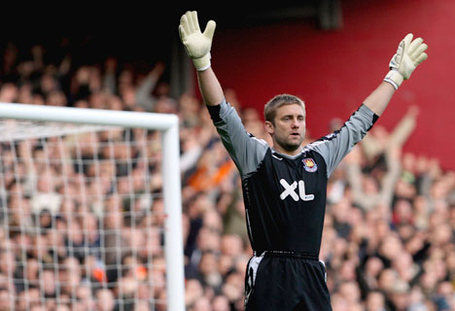 We need an experienced goal keeper to cover up Cech. Injuries could happen to anyone; evident of our DM worries last season when we were forced to use Ake & co to cover up the losses of Essien\Miereles\Romeu\Mikel etc.Green is an English player with reasonable talent and will play the backup goal keeper role for around £2M.

I am trying to collate the list of players to be loaned out into one sheet for easy reference. Might have missed few names but I believe most of the players are added.

Players such as Lewis Baker, Ruben Loftus-Cheek and Andreas Christensen should stay with youth side and could be loaned out later in the season. We could use these players in Carling\FA cup competitions, if a need arise.

Final Squad list(25+ something): I am of the strong opinion that Kevin & Lukaku are ready to play in the first team squad. Also, the squad list below complies with the home grown player rule (Clubs cannot name more than 17 non home grown players aged over 21).

With the rejuvenated squad, Mou or whoever is going to be our manager has the flexibility to play in different formations- 433-4231-460 or whatsoever based on the opposition and situation. 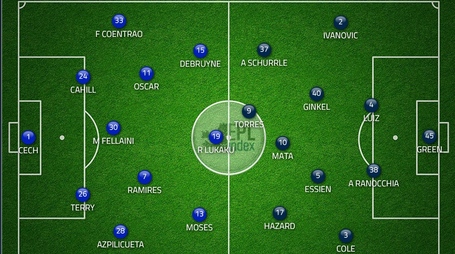 In a nutshell: (for those with a short attention span)

All for recapturing this beautiful moment-

Thank you for reading through my post. Do share your thoughts, be it bouquets or brick bats. KTBFFH!