When Asked to take control of the transfers and loans at Chelsea football club I knew I had a tremendous task ahead of me. The club had a very decent 12-13 season with the club finishing in the top four and winning the Europa League. But it is not good enough for the club and I was asked to create a squad that could challenge for the Premier League and also for a deep run into the Champions League. To start off lets see which players definitely won’t be at Stamford Bridge by the beginning of next season.

• Ross Turnbull- Was a decent backup keeper. Happy to be on the bench and is also English. Also has a cute kid

• Hilario- Third choice goalkeeper. Nothing much to say here

• Malouda- About time he left. Loyal servant but should have left last summer.

• Paulo Ferreira- Served as a consistent backup right back. Happy retirement hopefully he is given a position at chelsea

• Benayoun – He is being released. Maybe he will go to Napoli?

Now lets take a look at the players that I believe should leave the club. These players will make room for better players and also provide funds for the players I will purchase.

• Marko Marin (5 million) – The "German Messi" hasn’t had a good season with Chelsea. I don’t really see him improving and he is buried so far deep down in the pecking order that I only see him getting time as a sub in the capital one cups. He deserves to be moved to some place where he can get regular minutes.

• Obi Mikel ( 15 million) – Mikel had a good season with Chelsea and although a lot of people point out all the mistakes he has made during games. He was generally a solid presence in the midfield. But Mikel won’t be getting much play time with the introduction of David Luiz in the midfield. Romeu is also returning from injury and he is better at distributing balls and is a more solid defensive presence. Lampard isn’t going anywhere and Ramires also isn’t going anywhere. That leaves him the odd man out and he must be sold off to allow more talented CDM to be brought in.

• Essien (14 million) –Same reason as Mikel. As much as it pains me to see Mourinho and Essien separated I think its for the better of the team if Chelsea and Essien go their separate ways.

• Bruma ( 4 million) – He just doesn’t have what it takes to make it at Chelsea. It’s a shame because he had so much potential a couple years ago.

• Van Aanholt (3 million) - I rate Bertrand higher the Aanholt. Both cant stay so one must leave and it would probably be him.

• Kakuta ( 3.5 million) – Our attacking midfield is completely loaded. I don’t see him ever being good enough to attempt to break into the team.

Before recklessly spending 100 million lets identify all the areas on the squad that need strengthening.

o CB – If David Luiz moves permentaly into the midfield someone must cover for him. Also Terry isn’t getting any younger. One open spot

o Lb – Ashley Cole isn’t getting younger and no one trusts Bertrand yet.

o CM – This area needs heavy strengthening. A creative holding midfielder must be added along with a CDM since Mikel left. Two spots open

o ST – We had only two strikers for the entire season. Everyone can agree that two strikers isn’t enough for a competitive team. Torres had a decent return for a striker per season and he wants to stay and honor his contract. Maybe Mourinho will begin where Benitez left off. Ba was only at Chelsea for half a season and hasn’t proven himself yet. One Slot open

o CAM – Marin and Benayoun left and no matter how bad they are we still need cover for Mata, hazard, Oscar, and Moses. Preferably a backup for every player is needed. Two spots open

Grand total of 9 spots that need to be filled

Here are my solutions to fill these spots

• Fraser Forster ( 4 million from Celtic ) will provide excellent cover for Cech. He is also English. He did a great job against Barcelona playing with Celtic and I would feel a lot better having him as our backup goalie compared to Turnbull. 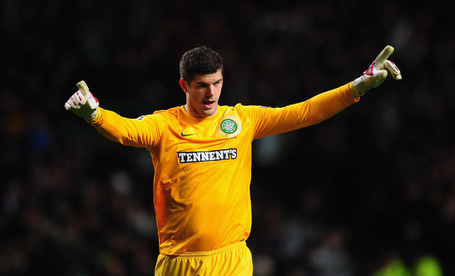 • Jamal Blackman- (promote from youth) he would serve as a good third choice goalkeeper. He can also play some u-21 games to get some time.

• Kyriakos Papadopoulos ( 18 million form Schakle ) a young greek international who will be a excellent buy. He is already capped at a international level at a very young age. He is a very good and consistent defender and he will only get better. 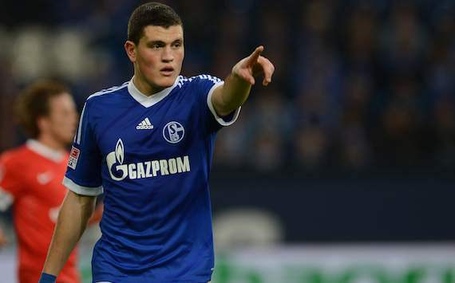 • Luke Shaw ( 7 million from Southampton ) He is a future England LB and a boyhood Chelsea fan. What more do you want? In all seriousness I rate Shaw really highly and I tip him to replace Cole after he retires/leaves. He should be loaned back to Southampton for a season. 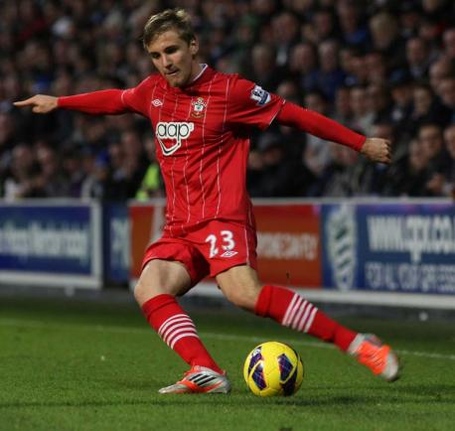 • Josh McEachran (promote from youth). He had a very solid loan at Middleborough. I think he could be our version of Verratti. I believe its time for him to get a chance at Chelsea. If he is not ready then he should be loaned to a PL side that can give him minutes in the winter transfer window. 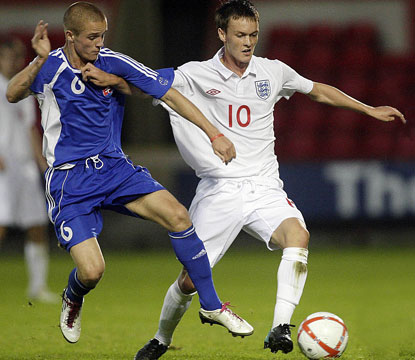 • Lars Bender ( 25 million from Bayer Leverkusen) Highly calm and composed on the ball. He would be an ideal replacement for Mikel and Essien. He never gives the ball away and is a good mover of the ball going forward. 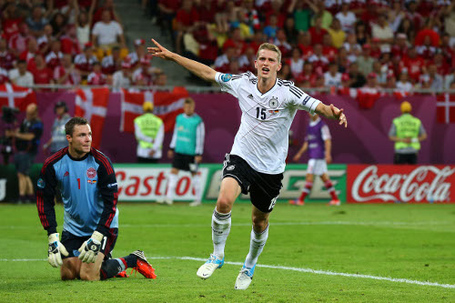 • Romelu Lukaku ( promote!!) Lukaku scored more goals on loan from Chelsea then any other player at Chelsea. He scored 17 goals in the premier league and utterly terrorized defenses. Not to mention his late hat trick against Manchester united. He earned his place at Chelsea and he deserves to start for the team. If he played for any other team I can guarantee you Chelsea would be linked to him everyday in the newspapers. 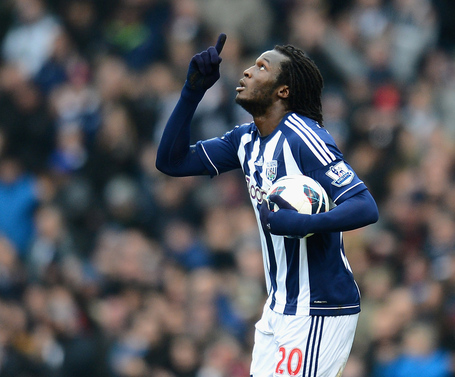 • As much as I would love Lewandowski. I have to admit that there is now a small chance that he would sign for Chelsea. But he would fit perfectly into the system.

• Andre Schurrle ( hopefully 17 million) I think that 22 million is to much to pay for him. But other then that he is a decent player. We need more wingers because Moses is the only other true winger. 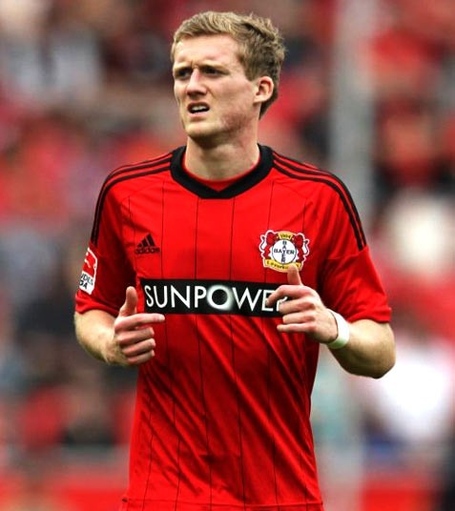 • Kevin de Bruyne ( Promote) He shouldn’t be sent on loan. He should be given a chance at Chelsea and learn to fight for a place. He is a really good player and I rate him really highly. He scored 10 goals and had 9 assists for Bremen and basically carried their entire attack on his back. This guy is quality give him a chance! 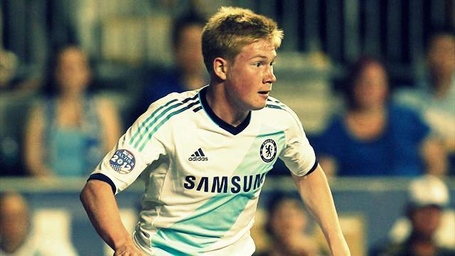 ADDITIONAL BUYS FOR THE FUTURE

All will be loaned out to teams that provide first team football.

• Nathanial Chalobah – loan to PL side

• Nathan Ake – loan to bottom half PL or top Championship

• Lewis Baker, Ruben Loftus-Cheek and Andreas Christensen stay with youth side and may be loaned out later in the season. If needed they can serve as backups or make cameos during small domestic cup games as substitutes.

Not bad only spending 35 million in one transfer window considering how much we spent on the last one. I see no reason to spend 100 million because the foundations of success are already there. There is a nice blend of young players and experienced players. There is enough squad depth to cover any injury. We should save the money for a rainy day, because this team is fit enough to challenge for the PL title. Notice there are also a lot of options for squad rotations and is adaptable to different formations. 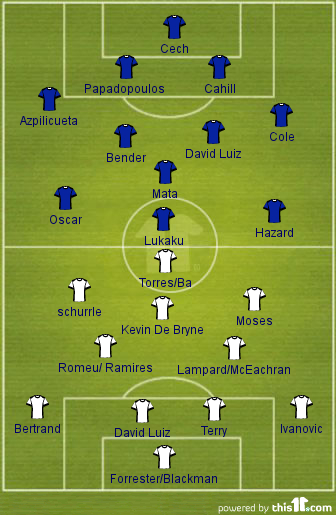 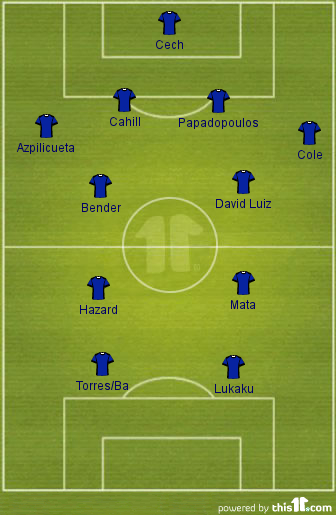 Ivanovic, and David Luiz as cover for CB

What do you guys think? I say it’s a definite improvement over the current squad and with the right management could challenge for the PL title as well as the elimination rounds in UEFA.

Blue is the color Geezers!!