So Mr. Abramovic has kindly given me 100 million to improve this current squad. First and foremost this analyze our current squad.

Throughout the season we pretty much played a 4-2-3-1 and yes we all know our double pivot was the problem. Personally I feel a 4-3-3 would be a better formation especially looking at the players we have, more of them suit this formation (maybe baring Mata). This is an argument for another day though.

Right, so down to our current squad I’m not going to include the players who are leaving at the end of this season. Hilario, Turnbull, Benayoun, Ferreira and Malouda thanks for your service but now I much appreciate the extra wages!

I feel Cech still has a good few years in him and he’d stay as my number 1, Blackman would be my number 3. Courtios has said he’d rather stay at Athletico Madrid and that’s where he will remain on loan for one more season. Delac and Walker will both leave the bridge on loan spells. With all this said its quite clear that we’d need to dip into the transfer market for a 2nd choice keeper.

Terry, Cahill, Iva and Luiz will all remain at the club. I feel that Iva is great cover for both centre back and right back. However we need to buy a world-class centre back to company Luiz in the heart of defense. I love Terry and he’s a great leader but he’s a shade of the centre back so many forwards used to fear. Cahill is good cover for the position but for me he’s not a world-class centre back. I always had high hopes for Bruma but he just never seemed to develop into the centre back he promised to be. I’d sell him for 3million. Omeruo is a great player, he can play either centre back or right back. I would send him out on loan probably to a championship side, maybe even a lower EPL team.

Azpi has probably been our signing of the season along with Hazard and Oscar. With Iva covering as depth, right back finally seems to be a position that we’re looking solid at again. Wallace I’d send on loan to Vitesse, Kane back to Blackburn, and Hutchinson to Nottingham Forest. I have high hopes for Kalas and I’d like to see him sent on loan to an EPL side.

At the moment the partnership of Cole and Bertrand is probably the strongest in the premier league. So I’d leave them both at the club to battle it out for the starting position. Van Aanholt should be loaned out to a EPL side. With Cole in his final year of his contract and also not getting any younger, I’d turn to a young Luke Shaw as our long-term replacement for Ash.

I would sell Mikel (8 mil) I know some people are going to shoot me for this but I just feel that he isn’t world class and that there are plenty of upgrades out there. Yes he’s a good defender but his passing is poor. Romeu I would send on loan to an EPL team along with McEachran. Saville, and Clifford should also be loaned out. I’d recall both Chalobah and Essien. Essien can cover a great deal of positions as can Chalobah. Chalobah would be used in the holding position along with a new signing. Yes a lot of people will feel he’s raw and should go back out on loan but I want him to give him a chance, I really like this kid and I feel he’ll do good on his chance. Ake would be loaned out to Watford

I would sell Kakuta (3mil), Davilla (1mil), and Marin (5 mil). Mata, Oscar, Hazard and Moses will all remain at Chelsea. I would recall De Bruyne to join them along with a new signing. I would loan Piazon to an EPL team, possibly one of the newly promoted teams.

Recall Lukaku. Sell Torres (12 mil). I feel Lukaku and Ba would be good strikers but one more forward needs to be signed. Sir Alex went out and bought a world-class striker and it paid dividends.

In conclusion about our current squad:

Also I would loan Loftus-Cheek and Christensen to a championship side. I have been really impressed with Loftus- Cheek throughout this season and I would like to see him cope with the challenge of playing in the championship.

Sell: Bruma, Kakuta, Davilla, Marin, Mikel and Torres for a total of 32 million.

*I know some of my evaluations may be incorrect please feel free to correct me.

As I’ve said above the areas in which we require new signings are:

This for me is a no brainer. Yes I agree it’s quite a lot of money for such a young player but it’s a position we will need to cover in the future. I think Bertrand and Van Aanholt will be great back ups but I don’t think they will be as good as Cole however speaking of Shaw I think he has the potential to be as good maybe even better. He is one of the hottest prospects in football at the moment and he’s only 17 years old. With Ash only having 1 year left on his contract Luke would be a great acquisition. He’s also English and a Chelsea fan, what more incentive do we need? Sign him up! I would send him straight back on loan to Southampton for a year.

The young Greek has made a name for himself in the Bundesliga. Already becoming a regular starter He’s also all ready been capped for the national team at the age of 21. With JT not the defender he used to be and Cahill just not the defender we need I think this guy can slot into our defense. He’ll be a great partner for Luiz and in some ways reminds me of JT. Ill put my money on it now, this guy will be one of the best defenders around.

Probably the highlight of my week was reading reports we were linked to this guy. He’s awesome. The young Dutch midfielder would be a steal for 10 million. He’s the player we’ve been crying out for. Full of energy, great range of passing, good at intercepting and he can score a goal or two. Rotating him with Lampard and Ramires in the pivot would be perfect.

The young French central defensive midfielder has said he’s open to a move this summer and I think we should sign him up. He’s an upgrade on Mikel, solid defensively and a better passer than Mikel. The great thing is that he’s only going to get better. I can see a Kondogbia- van Ginkel partnership dominating teams for a long time to come.

I don’t really need to say much about him, he’s young and full of talent. He would be a great backup in the band of 3, or even out wide in a 4-3-3. Further more he can play upfront through the middle. He’s young, versatile and has a cool surname.

Everyone knows this guy. He can score goals, set up goals, play out wide, hold the ball up, play off someone. He’s relatively young and the perfect forward. He’s someone I think is firstly worth spending big on and secondly would get us that title.

Decent back up keeper, fairly cheap, English. Will be a good deal until Courtios takes over in-between the sticks.

Total Spent = 122 Million leaving us with 9 Million to spare. 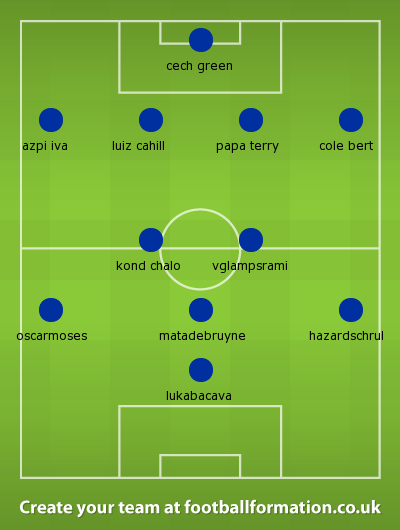 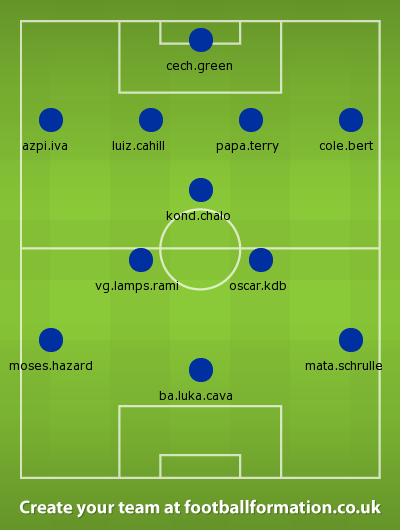 This is my first ever post so please bare with me, i know that it is quite lengthy but hopefully its decent. Please feel free to give me any criticism.