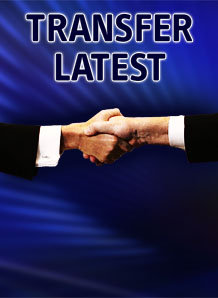 Hello and welcome to my transfer plan.

Fernando Torres - This one does not need much justification. Torres is very expensive and honestly very bad. his only impressive form this season came in the Europa league which after winning it becomes a competition we never want to be contesting again. Price - sadly he is so poor i would happily let him go for free just to be rid of him. He has proved to be a diabolical investment. Around £10m sounds fine.

Demba Ba - It may seem harsh on Ba as he only arrived in January but I do not see the point in keeping him. He has treated us to some wonderful goals but has also exhibited some horrible finishing. He needed to hit the ground running but really hasn't done that. Again for around £10m

Marin - i see no point in keeping him. he has looked poor in pretty much every non-preseason appearance although there weren't many. it was a poor purchase and i think it would be best for everyone if he left as I don't envisage his situation improving next year. £5m

Ryan Bertrand - a committed hard working player but as he is turning 24 by next season I don't think he has enough quality to justify playing for chelsea. im sure he will go on to have a solid premier league career. he is more suited for teams like Fulham or West Brom in my opinion. £5m

Michael Essien - injuries have hampered this noble beast. would be sad to see him go but he does not look much of an athlete anymore. if he did stay I think he should be a back up right back not in midfield anymore. £5m

Paulo Fereira - goodbye , you are always welcome to stay behind the scenes

Gael Kakuta - the once golden boy of our academy no longer looks good enough. he may go on to have a good career but not at chelsea. £4m

Chalobah - had a great season that ended in heartbreak at watford. certainly ready for the premier league. I think a team close to home like west ham or fulham would be nice so we can keep a keen eye on him and bring him back in an instant if he is mistreated as he has tremendous potential that would be unforgivable to waste.

Ake - says he wants to stay at chelsea to fight for a place. if he is able to convince the new manager of this then great. if not then we should find a nice club that can guarantee him playing time.

Piazon - i think the malaga loan was not the best. sure he was getting more minutes than he was here. but he should of been sent somewhere where he was a starter or certainly of played instead of benayoun this season. I want to see him play reguarly in England but recent comments would question his desire for this. if malaga sell players and offer him playing time then sure he can stay for a season.

Mceachran - i do not think he is anywhere near ready for Chelsea. i would like to see him have a great season in the championship with another club (watford?) before he risks having another season wasted by not playing at a premier league club.

Van Aanholt - last chance for him. give him a premier league loan and if he does not cut it then it is time to sell.

Courtois - hard situation - all up to the manager

Loftus Cheek - the way he gave yaya toure a run for his money impressed me. send him to watford.

Thorgan Hazard - give him a season in spain , germany or france

now for the exiting purchases 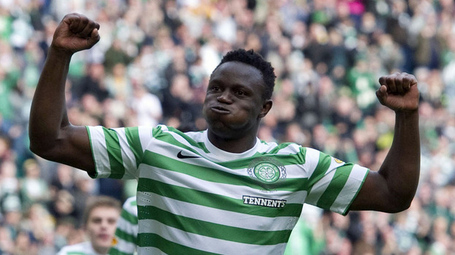 Celtics midfield powerhouse Victor Wanyama would be my choice to bulk up the midfield for around £15m. he has good composure on the ball as can be seen in his mature performances against Juventus and Barcelona despite being only 21. he would add some much needed aggression and strength to the midfield and could drive the team forward and is a danger from set pieces and from long range. he is a great tackler and would make us harder to break down. 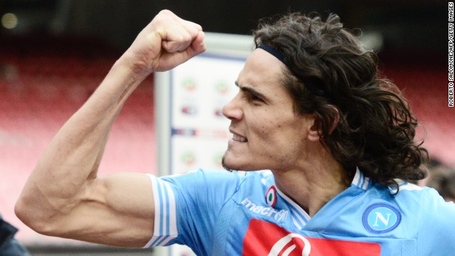 I would not hesitate to sign napolis Edinson Cavani for £50m. He is truly an elite striker and would strike fear into the hearts of even the staunchest defenses. his 104 goals in 138 games speaks for itself and on his day he can be nigh on unstoppable. It has been awhile since we have had a forward at the peak of their abilities and Cavani would be amazing. 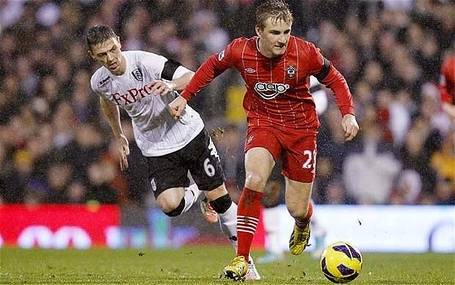 Southamptons 17 year old prodigy luke shaw is one who has caught the eye. he has been consistent and sometimes brilliant in his breakthrough campaign. I would look to prise him away for £15m. With Cole slowing down with age i feel shaw would provide him with tough competition and would contribute allot more than bertrand. at 17 shaw could go on to become insanely good. 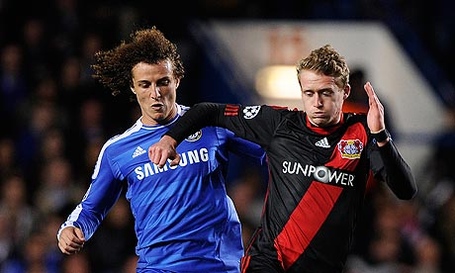 This is a deal that appears to be done and all that is needed for it to be finalized is leverkusen to find a replacement. 22 year old Andre Schurrle has long been chased by chelsea and for good reason. he is fast , direct , tough , hard working and is a tremendous goal threat (especially from long range) and can play both upfront and as a left sided attacker. I feel chelsea would be fools not to wrap this deal up. £20m 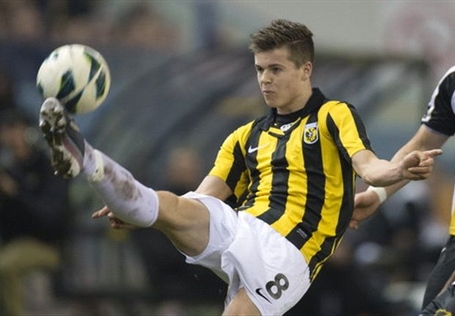 yesterday it emerged Van Ginkel could very well be joining chelsea from Vitesse and it is a very good idea indeed.

the 20 year old dutch young player of the year would cost around £10m and has good stamina , technique and a keen eye for goal from midfield. with our relationship with vitesse it is not hard to see this happening. 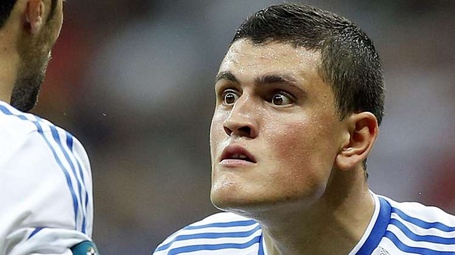 I have long admired papadopoulos during his time at shalke. the 21 year old has all the makings of a superb central defender. he is built like a freight train , often times his tackles to perfection and throws his body on the line without question reminding me of our very own John terry. I would hope £17m would seal the deal. 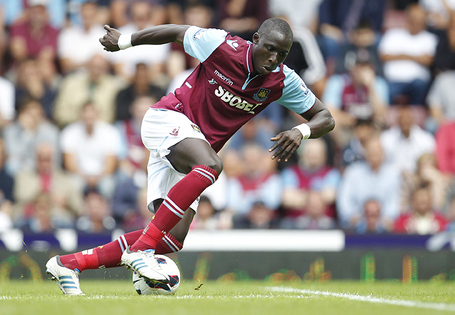 this signing would not be as marquee or obvious as some of the others but one i would push for nonetheless. Momo Diame enjoyed a very good season for westham and has a buyout clause of just £3.5m making him a potential bargain. he is as strong as a bull and has remarkably good footwork for one so powerful. He would be brought in for midfield depth at first but if he impresses then who knows....

this concludes my spending with a grand total of £130.5m being spent. now for some recalls. 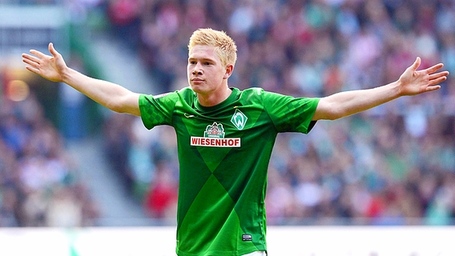 Kevin De Bruyne should be recalled. he has made it clear he would like to play for us next season as can be seen in this recent quote. "If Chelsea says that I have a chance to play regularly, I of course would prefer London." and quite frankly he deserves it with 9 goals and 9 assists for a very poor wereder bremen side in the bundesliga being no mean feat. 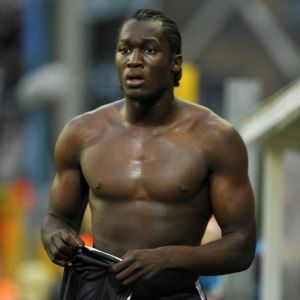 finishing the season with an impressive 17 goals Romelu lukaku outscored all of his chelsea teammates in the premier league this season on loan at West Brom. his pace and power are phenomenal and although he is by no means the finished article i feel it would be terrible to let another club benefit from his tremendous attributes whilst we ourselves miss out on them for another season.

this team would have good depth and competition for places would be tough, especially for players like mikel who would be faced with more challengers but i believe fighting for places would ensure we have fantastic performances from our players.

there - that finishes my transfer plan. I enjoyed writing this and i hope it is fairly realistic. hopefully you will enjoy reading it. 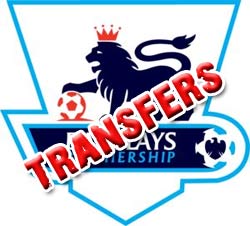 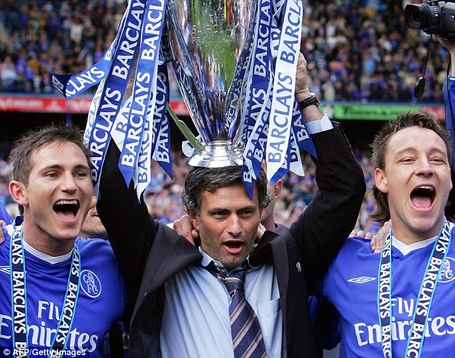 the man to bring it all together.