Demba Ba announced his arrival at Chelsea with a bang on Saturday, scoring twice in the Blues' 5-1 FA CUp win over Southampton. His first goal wasn't much to look at -- he was simply in the right place at the right time* to help Juan Mata's effort into the back of the net -- but his second... well, his second deserves a closer look.

*Not that this isn't an important skill, of course.

Here's how it began: 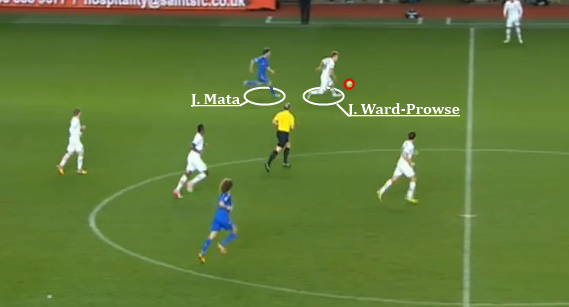 James Ward-Prowse is bringing the ball out of the Southampton half after David Luiz headed a free kick straight into Artur Boruc's arms. But hot on his heels is one Juan Mata, who tracks back and makes a quite excellent tackle to free up the ball for David Luiz. 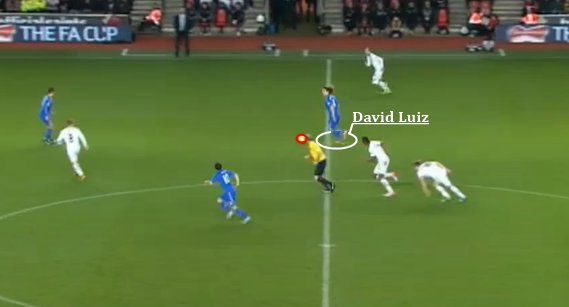 There's plenty of space for the centre back-cum-midfielder to push up into, but he opts to launch the ball long for Demba Ba to chase. 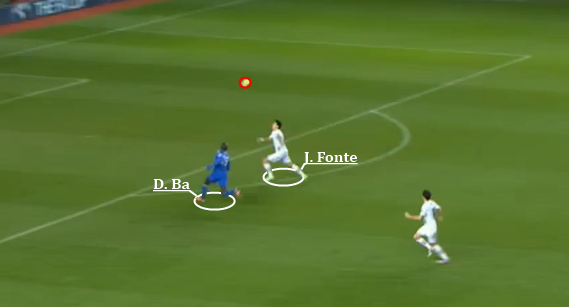 It's not a great pass, but Jose Fonte doesn't control the ball properly and that gives Ba a window with which to sneak in. What follows is a great piece of pure centre forward play -- the striker inserts himself between Fonte and the ball, easing the defender out of the way and creating time for other Chelsea players into the picture. 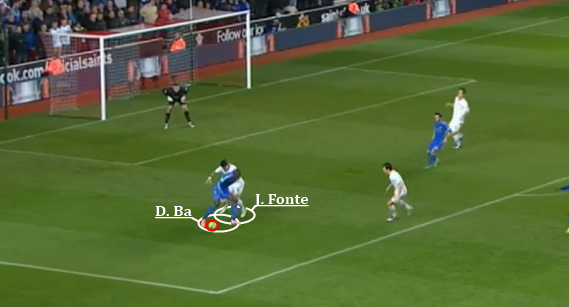 I remember smiling to myself as I watched this live: Ba's being doing this all season for Newcastle and it was great to see him do the same in a blue shirt.

But better was to come. Victor Moses was the man Ba picked out with his backwards pass, and the Nigerian did well to find Ramires in the middle. 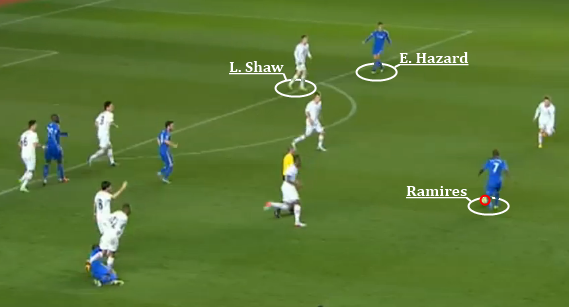 Now Chelsea have Eden Hazard isolated against Luke Shaw, should Ramires choose to pass right, and indeed he does. 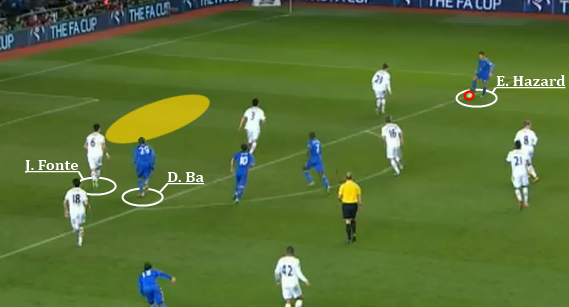 There's an overload in the centre should Hazard choose to cross, but even more invitingly, Ba's pushed Fonte deeper than the rest of his line, opening up a pocket of space at the near post. He makes the run, inviting a pass from Hazard, and the rest, is just a simple shot past Boruc.

This goal was remarkable not because it was anything special from Ba but because it was nothing unusual for him. His holdup play started off the attacking phase of this move, his physical presence cause Southampton's line to compensate (poorly), he opened up a pocket of space while one of the playmakers had the ball and he finished perfectly.

That's what to expect from a 'true' centre forward, and it's not Fernando Torres' game, who's been something closer to a false nine for us this season. But play like this is exactly what to expect from our new signing going forward. I, for one, can't wait.

PS: If you're interested in how some of the other goals went in, I'd suggest going over to Carefree Chronicles -- Lamin's done a great job looking at the first three.

Demba Ba brace leads the Blues past the Saints