Let's continue with our predictions for the 2012-13 Premier League season, shall we? While our first edition focused on the league table, Part II gets a little personal.

We're talking stars and flops, golden boots and managerial sackings. This, my friends, is breaking it down before we're even supposed to break it all down. Nestle in for some creamy prediction goodness.

Kevin: Sergio Agüero, if RVP goes to United. I can't see either of he and Rooney getting the sort of numbers needed to sustain a Golden Boot challenge. If he leaves England, I can see Rooney winning it.

TPalmer: I might jinx it if I say Fernando Torres, so I’ll plump for Sergio Aguero. Superb player, and there’s not many better supporting casts in football.

Jack: Darren Bent. Why? Because he was a target of mine in my fantasy auction league and I missed out on him because I forgot to put in a bid because I was caught up with a gluttony of work at my damn job. Thus I'm attempting to jinx the man. Apologies, Darren.

Kevin: Brendan Rodgers or AVB. There are already some worrying signs for me at Liverpool and Spurs. It seems as though the Liverpool fans are already somewhat annoyed by him, which makes me think this might be Hodgson 2.0. At Spurs, AVB is already back up to his old tricks, if you believe the reports, of being a pompous ass and sending players to Siberia. That didn't work here, and is unlikely to work across town.

TPalmer: I think that Swansea might get off to a tough start under Laudrup, and he might be the first to face the axe. They could be a team who might well struggle this year, having had their excellent midfield of Britton-Allen-Sigurrdson broken up by Liverpool and Tottenham respectively.

Jack: Steve Clarke. Don't get me wrong, I love Steve, but he's going to find following Roy Hodgson a more difficult act than most of us think.

Transfer of the season

Kevin: Again, I'm having some trouble with this one. Usually the transfer of the season is a player who is bought for less than his actual value. This year, I haven't seen many Premier League deals where there's been particular value involved, with most clubs buying pretty close to market value. If Eden Hazard lives up to his potential this season, I'd have him here, since he will have made Chelsea a much better team immediately, even if it was at value. Longshots for me are Marko Marin, Jan Vertonghen, and Santi Cazorla. Stephen: Eden Hazard

TPalmer: Fabio Borini has the potential to be a very big part of the Brendan Rodgers jigsaw, and I can certainly see some sensationalist headlines in the future where "Chelsea are made to pay for discarding their youth product."

Jack: As much as I want to say Eden, I'm going to ride with Shinji Kagawa. This kid could have a David Silva-type impact if he gets significant minutes at United. 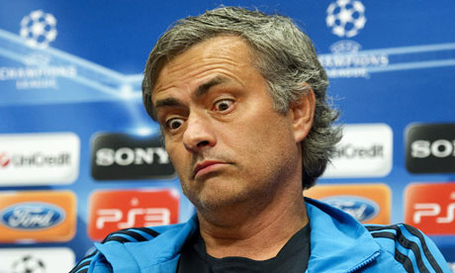 Mou is impressed with our predictions. Somewhat.

Flop of the season

Kevin: Again, this is predicated on an RVP transfer. If he actually moves to United, I don't see him being good value at all, with his history of injuries, and the fact that his historical scoring record hasn't been up to his recent standards. If he doesn't move, we'll have to look elsewhere, and since he's clearly the most expensive transfer of the summer, Eden Hazard is at the most risk of being a flop, though I don't expect it. Surprisingly, clubs have been pretty sensible this summer, and as such, this is a weak flop class, IMO. My best guesses outside RVP and Hazard are Giroud, Cazorla, Allen, Borini or Kagawa, but, again, I don't see any flops on the scale of past seasons.

TPalmer: Robin Van Persie at whatever club he joins. If that doesn’t happen, then I can't see Arsenal's Lukas Podolski doing as well as his price suggests. He's just not as good as the media likes to make out, and I'm saying this as a big fan of his style.

Jack: Whoever replaces Luka Modric at Spurs. No question.

Breakout star of the season

Kevin: Ryan Bertrand. He's already won himself an England cap and looks set to become an integral part of Chelsea this season with a view towards replacing Ashley Cole eventually. I think he'll win himself wider acclaim in England, and be well-known by this time next year.

TPalmer: Ross Barkley may be a little bit too young, but if Moyes plays his cards right then the Premier League could be privy to a real talent this season.

Jack: I half-expect Gervinho to have an excellent season for Arsenal. However, in terms of a breakout guy, I'd have to say Bryan Ruiz. He was decent last season, but hardly justified his 10 million price tag in his first year with Fulham. However, with a year of settling in under his belt, coupled with the lack of a true attacking fulcrum at the club, the platform is set for Ruiz to have a very good year under Martin Jol.

Chelsea player of the season

Kevin: This is another tough one. We have so many great options this season that it's hard to to have any idea which will be the best. Mata is always option, as the incumbent, but I could see Hazard, Ramires, or Oscar too. If you held a gun to my head, I'd pick Mata. I think this year might be a year too early for Hazard to really show what he can do.

TPalmer: With his work ethic and versatility, Ramires will only grow in importance for Chelsea this year, and I’m sure he’ll be buoyed by his success in the Olympic Marathon.

Jack Goodson: A difficult call. If we're going to compete for a league title, which is clearly the goal this season, then Petr Cech is going to need to step it up even further (that's saying a hell of a lot) considering the attacking talent compiled by the Manchesters. I reckon the veteran is up to the challenge.

Kevin: Yes. I don't think he'll be bad enough to be sacked before January. I mean, we kept AVB through January despite his unique brand of anti-success. It's a good question whether he's here in a year, but I think he'll get the season at least, no matter the results, relegation form excepted.

TPalmer: Barring a Fernando Torres-induced meltdown, I can’t really see Roman being as ruthless as usual this year and although I’m not totally confident in Di Matteo (outrageous, I know) he should last until the end of the season.

Jack: I think it's a tougher call than might be suggest, but yes, I think RDM will still be at the helm in January. Stability is coming.

Scottish Premier League, who wins it this season?

Kevin: Aberdeen. Come on. Who else would it be?

They play football outside of the Premier League??

That's all from us. Now it's your turn. Hit up the comments section with your predictions. We look forward to debating with you in a few. Holla.