Share All sharing options for: Premier League Predictions? WAGNH has 'em, Pt. I

It's that time again, friends. The Premier League season is upon us. Crazy, I know. Personally, I feel like I just finished watching Didier Drogba outclass Bayern in Munich. Wait, I did just watch that. I love you, DVR.

Anyway, with a new football season inevitably comes predictions. Some, particularly those offered by The Guardian's team of writers, are hilarious. Case in point:

All of West Ham's signings this summer have been over 6ft, leading to suspicions that Sam Allardyce will take going down with six points as long as both wins come against Arsenal. - Jacob Steinberg

Most, however, are outlandish, and almost none are particularly accurate. Well, that's where I'm wrong. You see, today the staff of We Ain't Got No History - minus a couple of members - is hitting you in the grill with their own thoughts on how the 2012-13 league season will play out. Judicious, these predictions are.

These predictions run the gamut, people. From the league table to analyzing what's going on up in Scotland, we've covered it all. Such is the volume of dead-on picks that I've had to break our selections into two posts. The first, which you obviously are currently reading, will feature only our thoughts on what the final Premier League table of the season will look like.

After you've enjoyed a nice laugh at the expense of our predictions - there are certainly no Miss Cleos on this staff (Stephen may well be psychic, I have my suspicions) - we hope you'll do us a solid and offer your own league table in the comments section. And then, you know, you can scoot over to Part II and check out who we all think we'll win the Scottish Premier League. You're on edge, I'm sure.

On with the predicting. 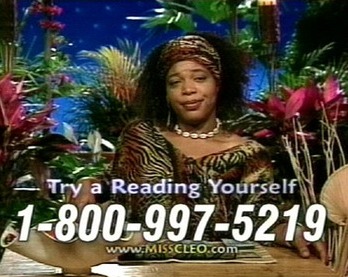 Hard to go past City for the title again, and while I don’t think we will push them too hard we should have enough in the tank to get past United at the tail end of the season. I don’t know much about the promoted sides so I’ve gone with a gut instinct and predicted Southampton to be the only one of the trio to survive.

I think City will win the title again, in more convincing fashion than 2011-12, and Chelsea and United will be in a fight for second. Arsenal will again make the Champions League somehow, as Spurs fall victim to the curse of AVB, while Liverpool make a decent run at the CL. Newcastle will probably fade a bit from last season, while Steve Clarke will keep West Brom's momentum under Hodgson.

Of the rest, I think Swansea and Norwich will drop after their managers left for Liverpool and Aston Villa, who should improve. Sadly I think QPR will also improve. Towards the bottom, Southampton and Norwich will survive late, and this will be the year Wigan's luck runs out, and West Ham and Reading will struggle.

Cold rock a party. Yeah, I know that had nothing to do with my predictions; I just enjoy saying it. As for my absurdly off picks, City are simply too strong, top to bottom, for anyone in the league. United, meanwhile, are trotting out a sensational attack - while completely ignoring the elderly in midfield. Chelsea - well, there is excitement but there are also plenty of question marks. Liverpool will somehow work its way back into Champions League contention (not really, this is simply a ploy to hex them prior to the season). Sunderland will impress because that's what Martin O'Neill sides do, right? As for relegation, I could care less - provided Ricky Lambert scores 15-plus goals this season for my fantasy side. Boom.