From NY to Philly.

Ben Franklin's town welcomes Chelsea this evening as the club's preseason tour of the states continues with the MLS All-Star Game at PPL Park. There will be no Fernando Torres unfortunately, but at least we'll be blessed with the flowing grace of one David Beckham. Score.

A couple of days ago the boys were frolicking about at Yankee Stadium in a well attended, but ultimately drab, affair with Paris Saint-Germain. The game, as you may recall, finished 1-1 thanks to another properly executed counter attack - finished off by young Lucas Piazon. We finished well against PSG, sure, but the match was still largely a dull affair, a perspective my girlfriend shared throughout the festivities. You know, I can't argue with the woman.

Now, on to tonight. As this friendly represents our third of four preseason matches stateside, one would expect a noticeable jump in rate of performance. Improvement not only execution but also in collective energy should be on the docket.

Why: Because these bastards (likable bastards, mind you) defeated us 1-0 in the 2006 All-Star Game. A rather horrible 'why' considering that only seven of the 22 squad players were part of the club then. Really, though, that's all I got. It's an exhibition for Christ's sake.

As mentioned previously, Chelsea enter their third exhibition of the preseason. That would presumably mean we will see a stronger overall lineup than we have seen in the previous two matches. Roberto Di Matteo seemed to imply such in his pre-match presser, suggesting a few players could receive a full 90 minutes against the all-stars. Who those players are remains to be seen (Romelu?).

Our shape will likely remain as is, though I'd imagine both Ashley Cole and John Terry will slot into the first team - in turn providing us with a much more defensively solid unit. Frank Lampard and John Obi Mikel will probably continue in the pivot, though Josh McEachran could have some pull after a pretty efficient second half against the Parisians in the Bronx. Ramires featuring from the off would also be a rather lovely site.

Don't forget Raul Meireles, either. Like Torres, he's back in the fold. 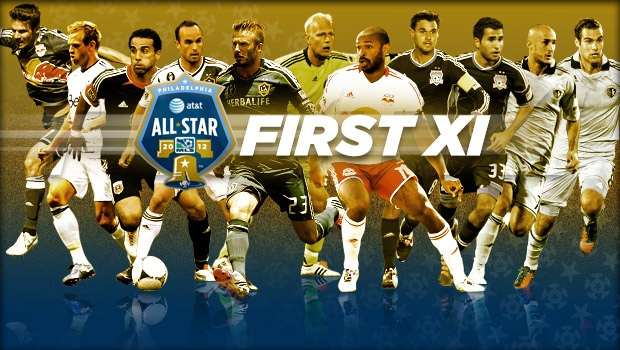 The MLS, meanwhile, have a first team already in place, as voted on by fans. Though it could (probably) endure some shifting prior to kickoff, this XI shouldn't differ much from the way it looks at present.

De Rosario, who will captain the side, has sufficient experience against Chelsea. The DC United veteran midfielder scored a wonderful goal, the lone strike, against us in the 2006 edition of this contest. Beckham is in the mix, and is in proper form. DeMerit and Donovan have experienced against Chelsea. Then there is Henry, who has been on absolute fire this season for NY Red Bulls. His totals (10 goals, 6 assists in 14 appearances) are, well, superb.

All of this reads well for the all-stars. Will they be more of a threat than PSG? Unlikely. However, this team will certainly offer stiff resistance.

That's all I got. Leave a comment, and then get your ass back around these parts for the match rant box. Eden Hazard, bro.