The title sums it up. Chelsea have released an official statement confirming the capture of Eden's little bro. Let the picture speak for itself. 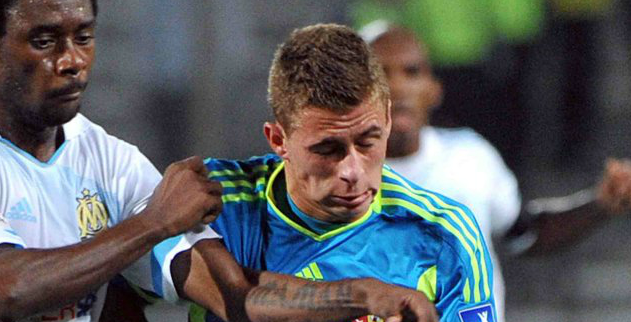 Not sure if this was part of the package to land Eden, but regardless, his younger brother has signed up to ply his trade at Chelsea. The younger Hazard is 19, and plays a variety of attacking positions like his elder. He'll join the club from RC Lens (you recall we had our issues with them in the wake of the Gael Kakuta saga, but it's nice to see us on speaking terms once more) and immediately link up with the U-21 side.

Elsewhere, the club confirmed today that attacking midfielder/forward Ulises Davila will head on loan to Spanish second division team Sabadell and striker Milan Lakovic and goalkeeper Matej Delac to Guimaraes in the Portuguese top flight. Good moves all around.

Welcome aboard THOR-GAN, SON OF ODIN, GOD OF THUNDER.