Share All sharing options for: Blues Record Opening Round Knockout

It wasn't perfect, and there's still plenty of work to be done. But for the moment, Chelsea appear to be on the verge of identifying themselves as a new-look counter-attacking side with plenty of pace and trickery. More, after the jump: 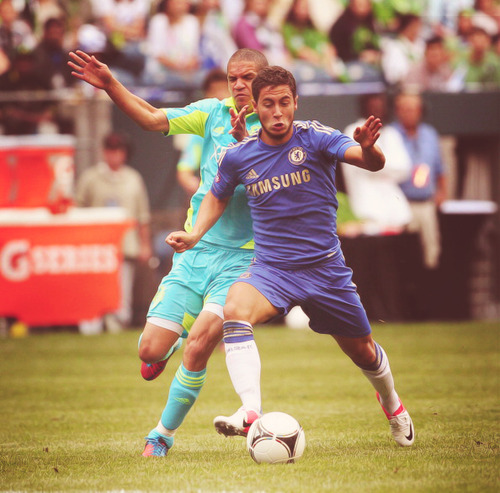 Preseason friendlies are hard to judge. Too many players are interchanging, fitness levels are grossly below par, and formations tend to alternate as often as Kim Kardashian does with her list of suitors. There's only so much you can glean of a 90-minute encounter of this type, but nevertheless, there was plenty to ascribe from yesterday evening's encounter with the Seattle Sounders. In short, Chelsea are demonstrating an approach that has long since been earmarked as the way forward. Fast, technically proficient, aggressive counter-attacking football. In spaces, the ideas came together to produce stunning results. Otherwise, it was a 90 minute affair that just as well could have been called off after 45.

Here are some observations from my vantage point:

That's it for now friends. Hit the jump and share your thoughts. Carefree.