Share All sharing options for: Chelsea Ink Partnership with Gazprom

For those unaware, Chelsea are well in the flow of adding commercial partners to the fold. Presumably, it's an attempt to offset the impending restrictions attached to Financial Fair Play. After signing a deal with Delta Airlines, the latest confirmation sees Chelsea adding Russian conglomerate Gazprom to the fold, as the club's 'official energy partner'. Right. More, after the jump: 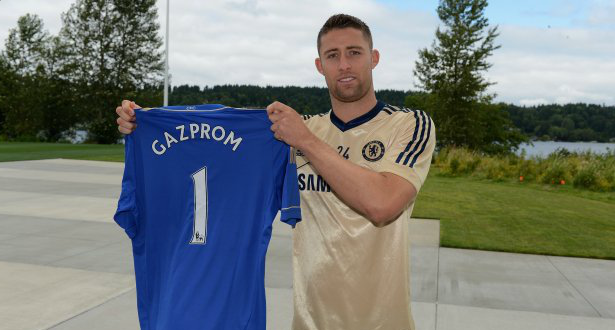 For those unaware, Gazprom is essentially a titanic Russian empire of sorts. The company has a hand in all energy commodity transactions, and is the largest extractor of natural gas in the world. The world. It also happens to be the largest Russian company in existence, and accounts for roughly 12% of the nations' GDP. Oh, and the company somehow manages a 25% profit turnover year-over-year. Astonishing.

You might be wondering, why on earth would Chelsea agree a deal with a company that clearly has no business being in the football racket? Well, cash is king. Presently, Gazprom is owned in large part by the Russian government, who helped to privatize the company after it's inception in 1989. A bit of revisionist history:

What the deal means, in truth, is hard to quantify. We do know that Chelsea are poised to receive a three-year sponsorship for their dealings. Gazprom, last week, inked separate sponsorship deals with UEFA to be involved with the Champions League and Super Cup. The Chelsea/Gazprom tie-up falls in line with recent transactions that have linked the club to Delta Air Lines, Audi, and Sauber F1.

Ultimately, a deal of this nature suggests the club are taking more prudent steps towards a financially solvent future in the wake of FFP. Though this particular deal will not cover the gap in question, it serves to bridge the distance for the foreseeable future. Furthermore, Chelsea presently sit at 45th among the worlds most valuable sports franchises (with a valuation just under 487 million pounds). If we're to reconcile footballing excellence with business savvy, deals of this variety will be more common place, despite the curious nature of our beloved owner's relationship with the parties involved.