Share All sharing options for: Report suggests Oscar is undergoing a medical

This is pretty straightforward. Via Globo Esporte:

Oscar barely arrived in London and went straight to the home of Chelsea. Still at Heathrow, the player was released by the Brazilian team to conduct medical examinations in English club and sign the contract. The official announcement should happen in the coming hours. The British press reported on Tuesday that Chelsea paid £ 25 million (U.S. $ 79.2 million) by the Brazilian. 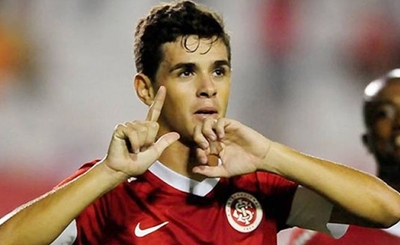 It looks like we may see some real development in this saga prior to the Olympics after all. Who knew? Perhaps we'll even see an announcement from Chelsea in the new couple of days. I'm a tad hesitant to jump full-on into this bit of news considering the amount of back and forth we've seen thus far, but you have to take it into account.

Oscar is a wonderful footballer and would be a fine addition to our squad. Let's hope this transfer is indeed about to be completed. Youth movement for the damn win.