This is, well, no surprise. 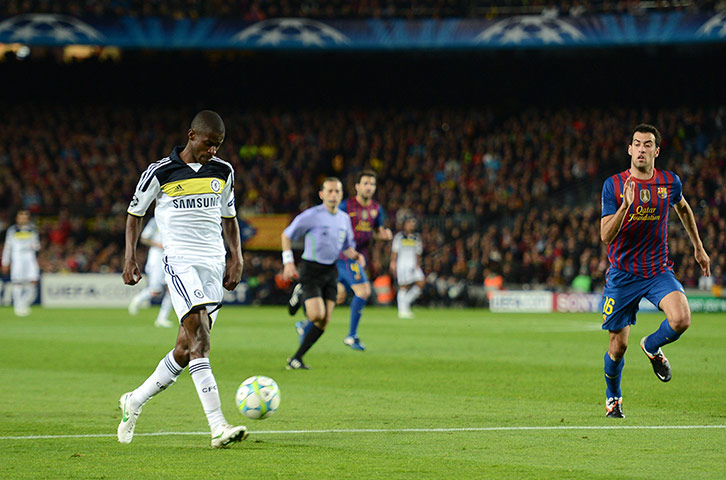 Goal of the season, as expected, was never really going to be a difficult decision for our readers. Ramires' absurd chip from out of nothing at the Camp Nou, just as everything appeared to be broken, walks away with the award by a sizable margin.

Ramires received close to half of the votes cast, which is pretty amazing considering some of his competition. Didier Drogba's timely header in Munich on May 19 drew just over 17 percent of the vote (89) to finish a distant second, while Fernando Torres' stunning finish to close the Champions League semifinals placed third with 59 votes. Drogba's public humiliation of William Gallas at Wembley was fourth (42 votes).

What is there to say about that goal that hasn't already been said. With that, I'll turn it over to Jacob Steinberg, who I think adequately summed up the moment in his minute-by-minute report for The Guardian.

WHO WOULD BELIEVE THIS? Barcelona 2-1 Chelsea, 2-2 agg, Chelsea ahead on away goals (Ramires, 45 min+1): Moments after picking up a booking that would rule him out of the final, Ramires, channelling the spirit of Roy Keane in Turin in 1999, puts Chelsea ahead on away goals! This is astonishing! Who saw this coming? Not Barcelona, who went to sleep as Chelsea launched a rare counter-attack. Lampard knocked a sublime pass down the inside-right channel for Ramires, who had charged into the area. Valdes was way too far off his line and from 15 yards out, the Brazilian sumptuously chipped the ball over him and into the gaping net, digging it up on the run like a golfer chipping a stray ball out of the bunker! What a finish! Joga bonito.

Let's soak this masterclass in one more time, people. Fast forward to 2:40 for the goodness.