I said it last year. Why not say it again? Cue the screamers. 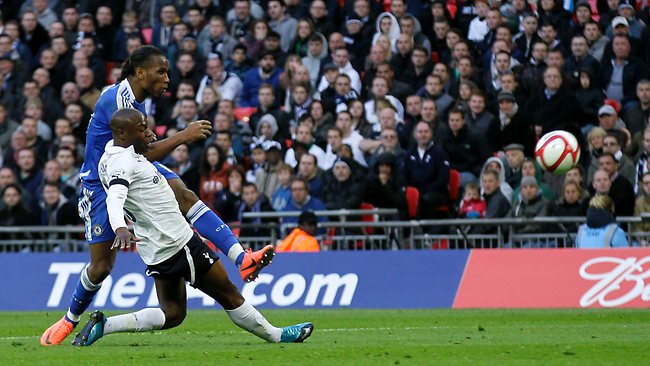 Our review of the season continues. Today, the second day of poll week, we feast on some rather scrumptious fare  - the season's finest goals.

Goal of the season always seems to draw plenty of attention, and for good reason. This season should be no different; actually, I'd think this year's poll may be the most popular we've ever had considering the quality on display here. Let's just say, this isn't going to be a very easy decision for anyone.

A historic season produced a myriad of memorable goals. Many of these strikes will never - ever - be forgotten, no question. You know, reading the previous sentence again, I'm inclined to think of Didier Drogba. The Ivorian signed off on his legendary Chelsea career in almost ideal style, with a number of fantastic (and critical) goals. Two of those goals are featured in our poll - and both, for me, would be worthy winners of any end-of-season competition.

That actually could be said about many of these goals. Juan Mata's pair of nominees are simply stunning. Frank Lampard's contribution is as good a free kick as you'll probably ever see. As for Daniel Sturridge? Well, the young man's improvisation is deserving of any number of plaudits.

Did I forget to mention Ramires? Well, you know how spectacular that was.

Oh. And then there's Fernando Torres. In the Camp Nou. In added time. In the Champions League semifinals. Gary Neville can tell you about that one.

You know the drill. Vote now, vote often. Don't like what's on offer, suggest your own via write-in. We'll shut the doors on this one, just like the rest, a week from now. When you leave the booth, drop us a line in the comments explaining your selection. This one, I can't wait to see how it plays out.

Craving a refresher? You're in luck. Take a visual look at the nominees below.