It's official: Drogba moves to Shenhua

Share All sharing options for: It's official: Drogba moves to Shenhua

He's finally gone. I'm going to have a cry now. 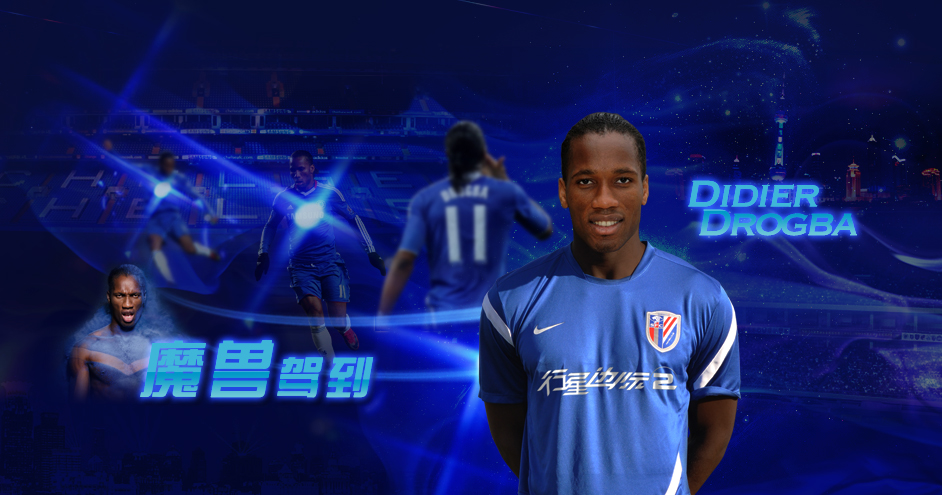 I don't know if you, like me, continued to hold onto some semblance of hope that Didier Drogba would ink a short-term deal with Chelsea this summer. Sure, the idea may no sense whatsoever - as the end to last season was, well, a perfect ending to a legendary career at the club - but that didn't matter.

All I wanted was to watch this man pillage for another season. That chance, however, is no more.

Drogba officially joined Shanghai Shenhua today, a move most of us had been expecting for some time now. Here's what the Ivorian had to say via his personal website:

Today I can inform you that I have signed with Chinese club Shanghai Shenhua FC for a two and a half year deal (until the end of 2014). I will fly out to join up with the squad in July.

I have considered all the offers I have received in the past few weeks, but I feel that Shanghai Shenhua FC is the right move for me at this time. I am looking forward to a new challenge and to experiencing a new culture, and I am excited about the new developments in the Chinese Super League.

And with that, he's gone.

As much as it pains me to see him off, this represents a proper move for Drogba. Not only will he earn upwards of £200,000 per week at Shenhua, he'll also have the opportunity to step into somewhat of an ambassador role for Chinese football. That's a win-win for player and club. Hell, he may even end up managing the club if things unfold as they did last season.

Who knows. As it stands, Drogba is about to making Asian football a whole lot bigger - and a whole lot better. Good luck to him in this new journey. We're going to miss him around here.