A bid for Victor Moses rejected, what next?

Share All sharing options for: A bid for Victor Moses rejected, what next?

Rumors linking Victor Moses with Chelsea had been bubbling for close to a month. It was an intriguing but unsubstantiated claim. However, thanks to Wigan chairman Dave Whelan, we now know that the club actually has taken a liking to the player. Interesting. 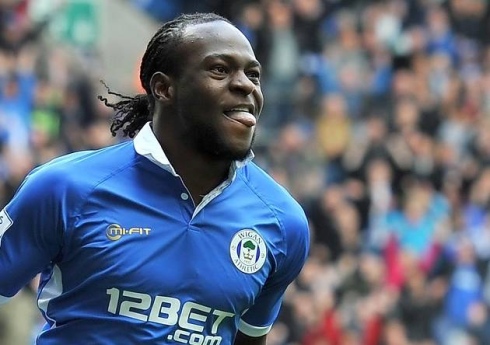 Whelan confirmed today that Chelsea had made a bid, rumored to be about £4 million, for the 21-year-old homegrown winger who has only a year left on his current contract. Wigan immediately rejected the offer before Whelan proceeded to take aim at Chelsea for what is admittedly a low-ball offer.

Chelsea would need to get realistic before we would even listen to them. They made a bid at 6pm last night and we turned it down flat. Roberto Martinez has brought this player on and he needs at least another year with Roberto to become a top player.

We have offered him a new contract but it seems the agent, more than the player, wants to move him on, at least that is the impression we are getting. ... Ideally we would like him to sign a new contract, or a club like Chelsea would have to be realistic. At the moment, they are taking the Mickey with the bid they've made.

So, where does the club go from here? Well, probably back to Portugal.

It's no secret Chelsea have been pursuing Hulk, the Brazil and FC Porto winger, for the majority of the summer. No headway appears to have been made in recent weeks with regard to that transfer despite the player himself angling for a move to London. What did the club do then? It looked at other options.

Thus the Moses situation. One could realistically read this as a Plan B. Actually, that's probably exactly what this is. That's not to say Moses wouldn't be a good signing (quite the opposite), but a bid of 4 million sterling doesn't scream, at least to me, that the club are focused on securing Moses - at least not right at this moment.

This initial bid for Moses does several things. On one hand, it makes Moses aware of our interest, and I'd think that he would find said interest of high interest. Word. Other potential suitors of Moses will be on alert now as well; can they compete with us in a wage context? What is also does is put Porto in the frame. What Chelsea is basically saying, if you will, is: We're not going to be hamstrung in our pursuit of Hulk.

I don't expect immediate developments on either front, but I reckon I'm pretty pleased with the way the club is handling this. Heck, I'm not sure I wouldn't rather lock up Moses for, what, £8-10m and then focus on securing a top class midfielder.

Yeah, that's actually what I want to see.