Five Chelsea players featured in the second round of the group stage of the Euros and all five were on the winning sides this time. Of Cech, Meireles, Torres, Terry and Cole, one did REALLY well, some did okay and one had a somewhat poor game (or at least a forgettable moment). Here's how these players performed in Europe. 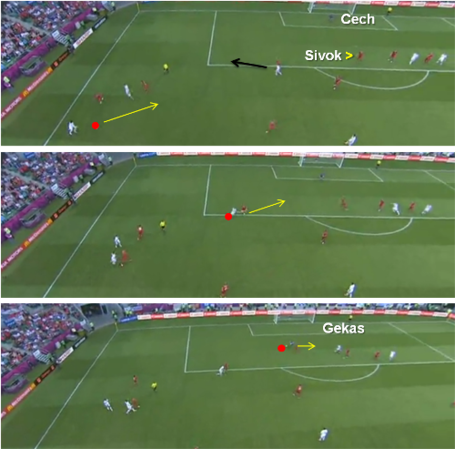 Czech Republic’s pressing game was more successful against Greece than it was against Russia. The Czechs put the Greeks under immense pressure right from the kick off and got their reward inside six minutes in the form of a 2-0 lead. Greece did not recover from this shock in the first half and could only manage one attempt (a blocked shot) to test Petr Cech. The memorable involvement of Cech in the first half was a cool chest-control of a Greek long ball outside the box; a sign of a keeper who wanted a bit more action.

Greece improved in the second half but not enough to really threaten Cech’s goal. They still pulled one back thanks to a mistake by Cech. The keeper came out to collect a loose cross but failed to catch it and unintentionally flapped it into the path of grateful Greek forward Gekas who scored with a simple tap-in. That was the only shot on target by the Greeks in this game. At the end of the day, the big keeper was probably very thankful that his error did not cost the team's much needed win. The Czechs go into the final game of the group with realistic hopes of getting out of the group. 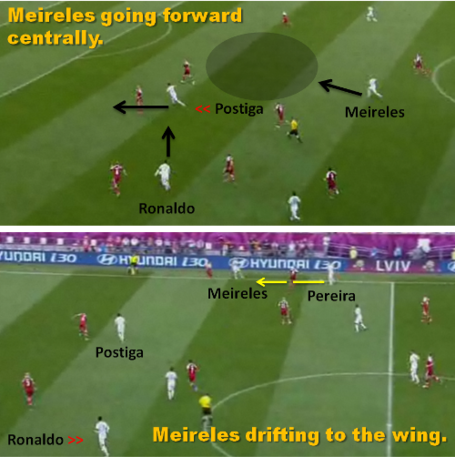 Raul Meireles continued his functional midfield role in Portugal's narrow 3-2 victory over Denmark. Unlike his more defensive display against Germany, the Chelsea midfielder got more freedom to move forward and join the attack. Early in the game, he often drifted out to the right offering an passing option for both Nani and Pereira. With the Denmark defense being pushed back by the threat of Ronaldo, Nani and Postiga, Meireles was also able run into the space near the edge of the Denmark box, ready to unleash a long range shot (reminiscent of his movements against Genk this past season). He registered three shots, all from outside the box -- two blocked and one off-target.

However, most of the actions in this game took place down the flanks with both teams scoring goals through attack from wide areas. Additionally, there was little build-up play through the center; the ball moved directly from defense to attack bypassing the midfield. Thus, Meireles had little to show for in terms of passing -- he attempted 18 and completed 10. Despite his forward runs, Meireles didn't get caught out, as he sometimes does in Chelsea jersey. This was partly because the Danish central midfielders were very conservative, sticking mostly to their defensive duties in their half. And when he did get caught out on one occasion, Meireles handled the ball and got a yellow card for his trouble, reminding us all that he is still the same old Meireles.

Two side notes: (1) I think Meireles deserves another pat in the back for his performance against Germany in keeping the likes of Khedira and Schweinsteiger relatively quiet given how crucial Schweinsteiger was in dismantling the Dutch. (2) Joao Moutinho has been on and off of Chelsea's transfer radar. Judging solely from his performances against Germany and Denmark (which could be totally unfair to him), he doesn't seem to offer anything significantly different from Meireles. 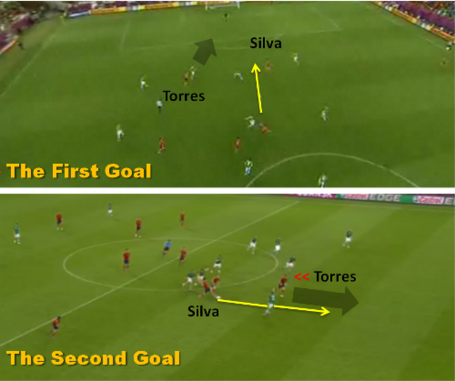 Fernando Torres got the nod to start in Spain's attack and did basically what he did in the last 15 minutes against Italy -- running in behind the defense, beating offside traps and getting himself into goalscoring opportunities. This time, though, he had his scoring boots on (5 shots, 3 on target, 1 blocked and 1 off target) and got a brace in an impressive performance.

Of course, Spain's convincing 4-0 victory over Ireland was not all down to having Torres spearheading the attack; Ireland's defense also had some poor moments. But the Chelsea striker played a key role. Let's start with scoring the early goal. The very obvious truth about setting up defensively like Ireland did is that the whole plan gets ruined when you concede an early goal. If Ireland could have kept the game at scoreless for about 30 minutes, they could have gotten into a defensive rhythm and looked to sneak a goal from the breaks. And the longer the game stayed at 0-0, the more pressure it would be on the Spanish to score, opening themselves up for errors. But all those possibilities went out the window when Torres scored the opening goal in the 4th minute, showing predatory instinct by stealing the ball from Richard Dunn before smashing the ball into the net.

Secondly, Torres' constant presence on the shoulder of one of the Irish center-backs stretched the field vertically, creating more space for tiki-taka to happen in the midfield (that is more than they did against Italy). And Torres as the focal point of the attack, always looking to spring the offside trap, Spain could play a bit more direct (long-distant passes on the floor). The intelligent movement from Torres was apparent in both of the goals he scored against Ireland. All in all, it was a great day for the Chelsea striker; he added a different element to Spain's attack and improved their overall game. 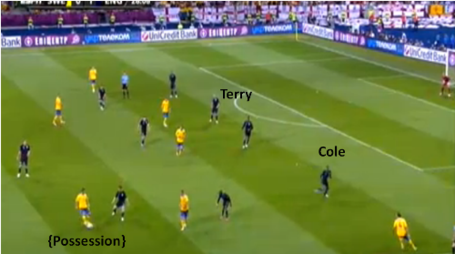 Both John Terry and Ashley Cole started in England's defense in their dramatic win against Sweden. Terry played, yet again, as a right center-back alongside Man City's Lescott. Although England conceded two goals in this game, neither of the Chelsea players were directly responsible for them (i.e. the goals were not due to their individual mistakes but the failing of the defensive unit as a whole).

With Ibrahimovic playing a slightly withdrawn role, Terry and Lescott took turns marking Elmander. In the first half, England's defense, with their typical two banks of four, did a good job of shutting down the Swedish attack and restricting them to goal attempts from outside the box. Terry in particular was in good form making 4 of England's 9 interception in the first 45 minutes. The whole of England's defense looked more shaky with Sweden improving after the break. Still, Terry had a solid game in the back making the majority of England's clearances. 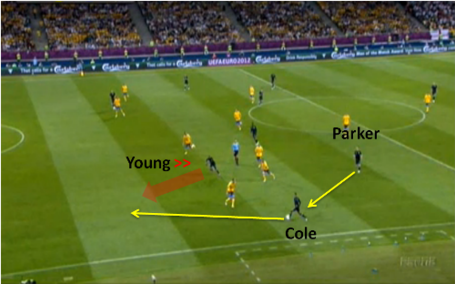 Cole spent majority of the time defending in his own half against France but he was able to venture forward more against Sweden, providing width for England on the left flank. One of his best attacking contribution came in the first half when he pushed Parker's pass forward, with his first touch, into Ashley Young's path, setting the United winger free. Young's shot was off target. Defensively, Cole was up against Sebastian Larsson and did a good job restricting the Swedish winger to making passes from deep positions. Larsson had zero successful crosses in this game.

Torres was no doubt the stand-out players among other Chelsea players in this round. Thoughts? Comments? Concerns?