Di Matteo to get the job, says basically everyone

Share All sharing options for: Di Matteo to get the job, says basically everyone

It appears the club has finally decided on a manager for next season. That man is none other than Roberto Di Matteo. Please join me in saying: Well done, Roman. 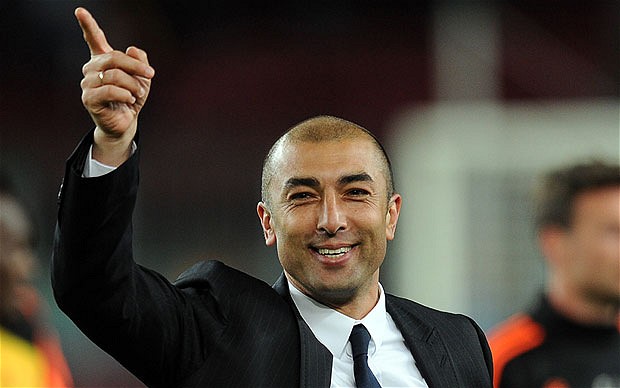 I believe it was The Telegraph that dropped the 411 on this first. Then, over the last few hours, pretty much every news outlet in the UK has run with it. That cannot be coincidence can it?

Word is Di Matteo will receive a one-year contract, with a potential extension in place if results are deemed acceptable (at least according to the Guardian). Di Matteo has agreed in principle to the deal and all that's left to sort are minor contractual details, meaning the appointment should be announced some time this week.

Good news all around this.

Actually, I think this move is ideal for the club. We've secured a promising, but not yet proven, manager for the season - one that just managed to guide the club from breaking point to FA Cup and Champions League triumph - and have provided ourselves with a flexible, Pep Guardiola-sized opening if the experiment takes a turn for the worse.

Why would the club not reward Di Matteo for his amazing work over the second half of last season? A fair question, but it really is quite simple. Though Di Matteo is a fine man and appears to be a fine coach, I - and clearly the club - still hold reservations about his ability over the long term. I think that's fair judgment, too. This is a good arrangement for both parties - Robbie gets to prove he's not just a stopgap and the club have, for the first time in the Abramovich era, a short-term managerial contract that won't burn it if termination is required.

Am I worried about Di Matteo? Hell no. The guy won the FA Cup and Champions League - I think he's going to be just fine. And, if not, we're in a position to make a move without having to worry about breaking the bank. Why didn't the club pursue these short-term managerial deals earlier?