Share All sharing options for: Poll: What 'problem' area should Chelsea address now?

Admit it, Chelsea have done some excellent business this summer. The fact that most of said business was done prior to the European Championships is that more impressive. But still, there are those (me included) who feel that other areas need to be given a close look.

This space is reserved for those people. Vote it up, people. 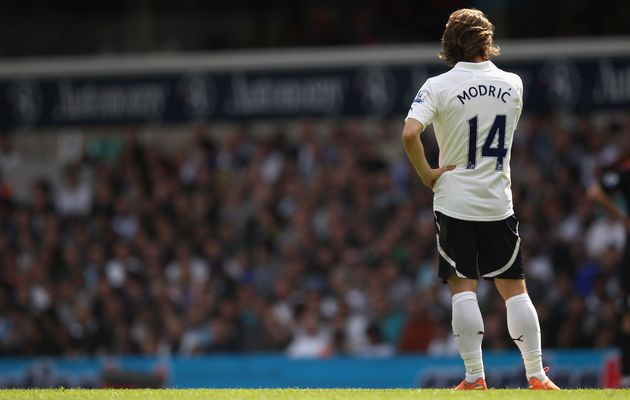 Chelsea, I think we all can agree, have been crying out for elite wing play for years now. Long past are the days of Duffer and Robben. Last season, despite our miraculous run to the FA Cup and Champions League trophies, it was apparent that the side, in its current compilation, needed a world class left-sided attacking outlet. The addition of Eden Hazard and Marko Marin - as well as the supposed landing of Hulk (not official but kind of official) - has solved this issue by a very large margin.

These signings are stellar. I'm not sure stellar is a grand enough term, actually.

However, even with this newly added flavor, there are still concerns. Chelsea are a flawed side - well, as flawed as a champion of Europe can be (still buzzing). The areas most often mentioned as in need of depth and/or an upgrade are: right fullback, central midfield and center forward. I put it to you all to decide which position is of more pressing concern. Of course, I think we all would like to see some type of movement on each front (maybe not striker if you feel strongly about a Torres rebirth), but that might not be feasible. So, give it a bit of thought and then vote in our poll. Be sure to give us some solid reasoning in the comments section.

To provide some background for those perhaps not convinced these positions need strengthening, I've added brief explanations below. Carefree, bitches.

Right fullback
Everyone loves Branislav Ivanovic. This is not opinion. However, the Serbian is not always as reliable as we would like to think as a right-back and, more to the point, it's not his preferred position. Couple this with the fact that our only reserve in this position is Paulo Ferreira, and the light begins to shine through on why exactly the club should be focused on securing a new piece to this puzzle. Put it this way: How many of you are comfortable knowing that our third- or fourth-choice central defender (depending on how you rate Gary Cahill) is our first-choice right-back?
Options: César Azpilicueta, Gregory van der Wiel, Mauricio Isla, Łukasz Piszczek

Central midfield
As I did under right-back, I'll put it this way: How many of you are comfortable with Chelsea entering next season with a potentially unfit Frank Lampard, 34 , our only viable option at the moment alongside John Obi Mikel in the double pivot? I don't know about you, but I'm not ready to hand the keys over to either Oriol Romeu or Josh McEachran. Furthemore, take a look at some of our more significant games last season. How many of those matches did we struggle not only to win possession but retain it. This with Lampard on the pitch. We're in desperate need of a regista.
Options: Luka Modrić, Javi Martinez, Yann M'Vila, Kevin Strootman, Marouane Feillani, etc.

Center forward
Are you comfortable with Fernando Torres leading our front line? With only Daniel Sturridge and Romelu Lukaku behind him? If you are, then you sir are an optimist and I applaud you. As it stands, though, forward would appear to be an area that could use a bit of pep. Of course, Torres may rip the Euros to shreds. If so, awesome. Even so, I think we need to secure another striker. The fact that Hulk can fill this role if necessary is comforting, but that does not ease my fears about entering the season with just Torres and Sturridge (assuming Lukaku does in fact go out on loan). Do I think we should break the bank on the position? No, because, as we all know, strikers are prone to dry spells and the arrival of new personnel could kindle Torres' fire. Nevertheless, a depth signing would be welcome.
Options: Radamel Falcao, Edinson Cavani, Moussa Dembélé, Demba Ba