Significant news this. Chelsea today announced that it has, alongside property development partner Almacantar, submitted a bid to purchase the Battersea Power Station site with a view to developing a 60,000-seat football stadium on the property. 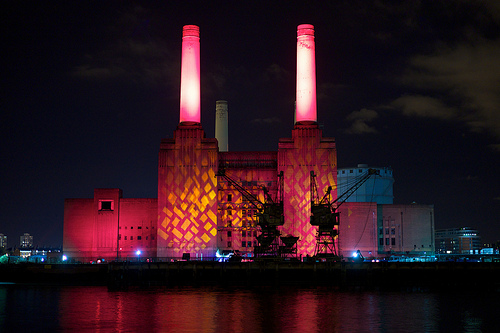 Don't read much into that. Yet.

This is far from a finalized deal - with obviously other suitors in the mix. Also, the redevelopment of Battersea has been something that has been discussed for what seems like centuries now with nothing ever quite coming together. How many headlines have there been regarding Battersea over the past couple of years? Too many to count. However, with Roman Abramovich backing this move perhaps something will finally flourish.

We are not the only interested parties and there is no certainty that we will be successful. We also appreciate that we have many significant hurdles to address if we are to build a new stadium on the site, including winning the support of our fans, the CPO shareholders and local Wandsworth residents, as well as securing the approval of Wandsworth Council, the Greater London Authority and heritage authorities. We must also stress that making an offer for the Battersea Power Station site does not mean the club has made a definitive decision to leave Stamford Bridge.

Well put by the suits. Don't forget the Chelsea Pitch Owners group has the right to block any move the club wants to make away from Stamford Bridge. And if they don't feel comfortable with this proposal, then they should by all means block the move. But, by the looks of this announcement, it seems the club are fairly confident in their ability to win over the CPO with this concept.

Battersea Power Station is one of London's most famous buildings and has the potential to become one of the most iconic football stadiums in the world. ... Working with architects and planning experts we have developed a plan to preserve all the significant aspects of Battersea Power Station. The four iconic chimneys and wash towers along with the Grade II* listed west turbine hall and control room will be restored and retained in their original locations and provide a unique architectural backdrop to a world-class stadium with a capacity of around 60,000 seats.

That's fantastic news. Preserving such a historic site should be foremost in the thinking of the developers, and it looks like it is. Plus, using such wonderful architecture in the composition of the stadium seems like a no-brainer to me. There's also the mention of the possibility of a 15,000-seat on-tier stand behind the south goal, which sounds ridiculously cool.

Chelsea also go as far in the press release as to point out that the club will "make a significant contribution towards the Northern Line Extension, a new high-volume transport link proposed for the area." That's pretty damn huge considering, by nearly all accounts, getting to Battersea is a bitch.

So, to wrap it up, it seems like the club is, as you would expect, on the ball as they continue to pursue a permanent home away from Stamford Bridge. A lot of people are going to be vehemently against the prospect, and I can understand some of their reasoning behind the sentiment. Me, I have always been of the opinion that staying at the Bridge was best for the club provided expansion was a possibility. But that seems, well, impossible.

With that being said, there is a lot to like about the idea of moving to Battersea. If the stadium is done properly - which it appears it will be - it could very well be the best looking stadium in the country and even among the greats in world football. More importantly, it will provide a significant boost to matchday revenue, something this club is in desperate need of as we enter the era of financial fair play.

Still, we're far off seeing this actually happening. There are numerous obstacles left to overcome. As always, we'll keep you posted on any developments. Don't expect that anytime soon, though.