Cech re-ups, makes all of us happy in the process

Share All sharing options for: Cech re-ups, makes all of us happy in the process

Chelsea Football Club is delighted to announce that our Champions League-winning goalkeeper Petr Cech has signed a new four-year contract.

That right there, that's fantastic news. 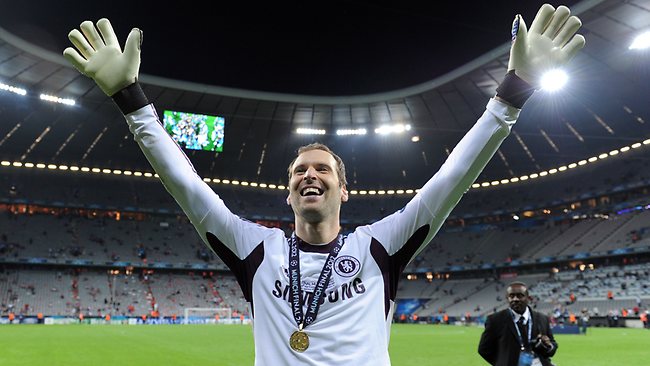 It started as a strong rumor on Twitter and has since been confirmed by the club. Yes, Cech has agreed to a new four-year contract extension with Chelsea.

Remember when Petr was part of that wholesale lot of veterans that were being linked to a summer clearout under Andre Villas-Boas? Seems like ages ago - thank God.

This is well deserved, as the Czech closed the season in absolutely stunning form. I think it's hard to argue against Cech not being the season's finest goalkeeper - anywhere on the planet. Just think: How many times did this man save us from certain peril this term, particularly in the Champions League. His performance in the final will be the centerpiece of stories told to grandkids of Chelsea supporters for generations to come.

Of course there's the question of what this means for the future of Thibaut Courtois, but I'm not even sure this means anything at all. The kid Belgian is heading back on loan next season; who knows what we can expect from him then and in the future. If he develops into what we all think he will - one of the finest goalkeepers in world football - then he'll displace Cech soon enough. Either way, that's something the club can resolve way down the road.

For now, celebrate Petr. The man is an absolute monster.