Share All sharing options for: Capello fancies a bit of Chelsea? We'll pass

Fabio Capello has made it known to Chelsea's hierarchy that he is eager to take up the reins at Stamford Bridge this summer as the former England coach seeks a return to top-flight club management. 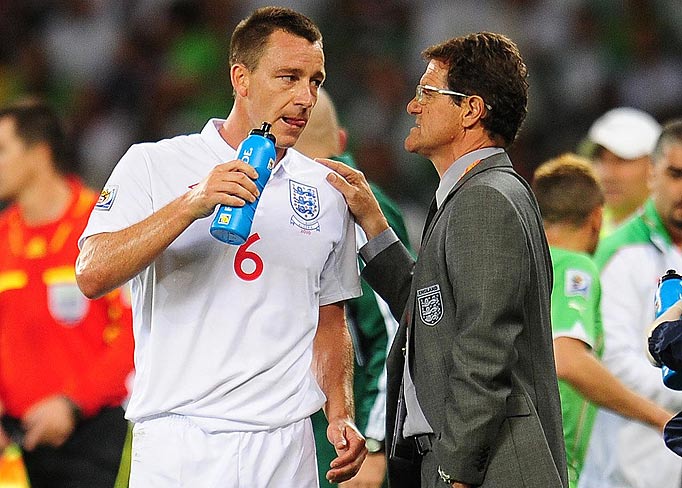 I'm not sure how to react to this. Wait, yes I am. No thanks.

I like Capello, I do. He has received mostly a bum rap from the English media and England supporters alike for doing just about the best he could with a distinctly average - and distinctly pampered - England team. He's still an excellent coach who has one of the best resumes in world football.

However, he's old.  Soon to be 66, Capello is looking for maybe one, two more jobs (of the defining variety) to close out his illustrious career. Chelsea should not be one of those. We need to break the trend of paying out the ass initially and then paying out the ass again when we sack big name guys.

Let's focus on rebuilding this side, right? If it's not Roberto Di Matteo then we should be pinpointing younger, more diverse characters to lead this new era. I trust you all agree.