It's time for some self-cleansing, people. Free your soul. 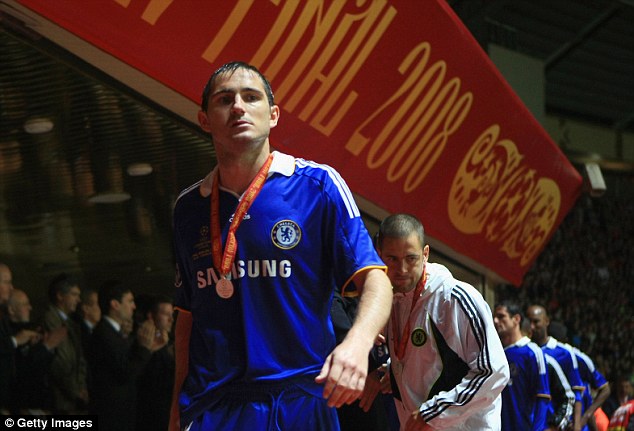 This, the first edition of The CO's Catharsis Lounge (trademark), is meant as a friendly, welcoming place for all of us to come together, have a fictional pint and share our experiences from that night. Where we were, how we reacted, what we did to cope with the catastrophe in the weeks, months, and of course years, that followed - this is where we collectively find a way to overcome.

1. Where was Jack?
I was where I hope to be on Saturday (if work doesn't fuck up my schedule), in my lousy one-bedroom downtown loft in the trenches of the American south. The match you may recall was on a Wednesday, before the globalization of the sport took hold stateside and pushed it to Saturday and to network television. I didn't have to head to work until 5:30 that evening so I was set for the duration.

It's kind of funny how well I remember this day considering the events that unfolded. There was the first half, a mash of caginess and skill, with United probably edging it. There was the trademark Frank Lampard finish - just seconds before the interval - and the euphoria that accompanied it. My neighbors weren't pleased. The second half, meanwhile, was a blast to watch. We were all over United for the most part, with genuine chances slow to surface but, you know, eventually surfacing. When Didier Drogba curled a pristine effort off the post, I remember rushing into my kitchen and lashing out at my paper towel holder. I'm a soldier.

Then there was Rio Ferdinand's hatchet job on Joe Cole near the end of regular time. That my friends sent me into the hall outside my apartment.

Extra time brings back memories of Lampard lashing a drive off the post after a nice lay-off from Michael Ballack. How I miss the German. The rest of extra time is a blur; I'm not even sure that much occurred other than Nicolas Anelka being introduced. Whatever. We went to penalties, where the shit promptly decided to hit the fan - just after teasing all of us with dreams of immortality.

There's a short hallway that leads into my living room. I spent the entire shootout in that space with my back to the television. The roller coaster of emotion I experienced during those few short minutes is pretty much indescribable. When Petr Cech denied Cristiano Ronaldo, I didn't really react. All I remember doing is flashing a smile. Then, as John Terry stepped to the spot, I turned away and covered both of my ears. Seriously, I did. Seconds later, I looked at the TV and slumped onto all fours on my area rug. I didn't move from that spot for the rest of the shootout.

When it was over, I didn't resort to violence (surprising I know). All I did was throw on some jeans and head to work. Resignation had consumed me, no joke.

2. How did Jack cope?
In the immediate, not well as you'd expect. That's an understatement actually.

The first thing I remember after getting to work was that someone in the pre-press department of my newspaper asked me a question about an interview I had done with an actress for a friend's magazine. I promptly told him to fuck off. Looking back, that probably wasn't the best of ideas. I think I mumbled a few words the rest of the night while wrapping up my section before returning to my loft and sticking it to United on FIFA 08. It didn't help.

The next few days consisted of little. Motivation was non-existent - this blog suffered as a result; I didn't even do a match recap of the final. I stuck to myself for a bit before rebooting ahead of the Luiz Felipe Scolari ordeal. Browsing through the content on The CO during that time a few minutes ago, I came across this now-hilarious piece on how Steve Kean, at the time an assistant at Coventry City, was being linked with a role on Big Phil's coaching staff. Wow, dodged a bullet there.

You know, looking back, I'm not sure I have fully recovered from that day. I still haven't revisited the match, nor do I think I ever will. It's not just the fact that it represents a dark time for the club, but it also represents a missed opportunity. We really should have won that match. That probably hurts more than anything else.

That's all I think I can muster at the moment. Wow, I feel pretty decent after rambling on about my feelings for a few minutes there. Maybe this lounge thing really works.