This Should Encourage Juan Mata

Share All sharing options for: This Should Encourage Juan Mata

Last weekend, Bayern Munich faced Borussia Dortmund in the DFB-Pokal final. It was a highly instructive match as far as I'm concerned, because Bayern a) really wanted to win and started a full-strength lineup and b) made a halftime switch to a configuration closer to what I'd expect them to look like in the Champions League final.

On paper the defence is dubious but the midfielders and higher are devastating. In reality, it might be a little different. Kroos and Schweinsteiger are both fine players, but the latter is still being slowed down by an ankle injury, and the former tends to do his best work higher up the pitch. And that was really a nice way of me saying 'he runs around like a headless chicken when in the pivot'.

Kevin McCauley over at the SB Nation main page threw some rather interesting screen grabs of Bayern's midfield my way just now, and I think you'll agree that they're pretty instructive: 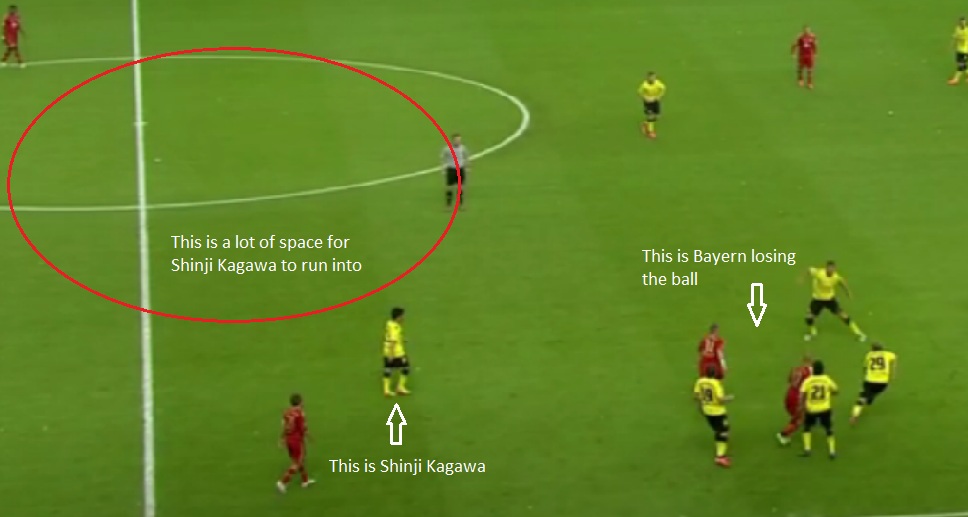 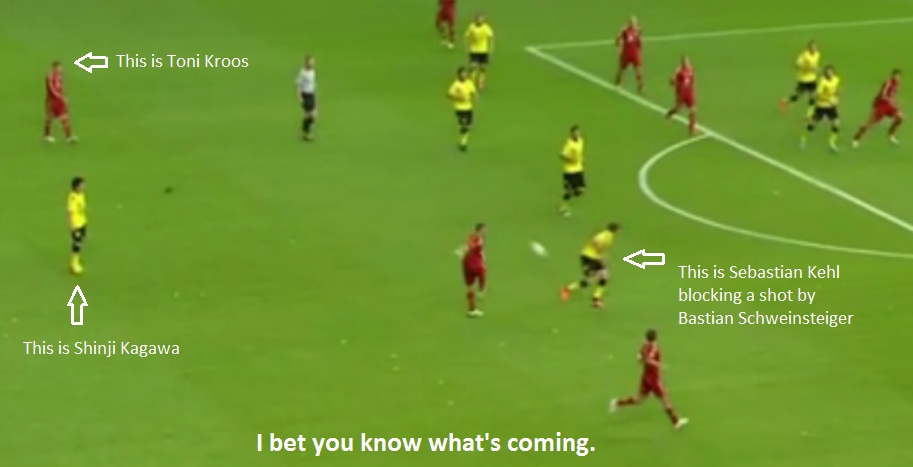 So... yeah. This is basically the opposite of what a midfield pivot is supposed to be doing, and although doubtless Bayern will have studied this and will be taking steps to fix it, it looks like without Luiz Gustavo they're simply not very good at closing off the holes in the centre. Bear in mind that when this switch was made, Bayern were down 3-1 and needed to attack to get back into the match, but that's no excuse for the basic failings their midfield was making all match.

If Kroos and Schweinsteiger give Juan Mata this much space at the Allianz on Saturday, Chelsea are going to have a very productive time of things through the middle, especially if Frank Lampard can also avoid being pressed too hard in midfield. Bayern's partnership might look scary on paper, but in practice it's decidedly less so. That's something we can take advantage of.