Share All sharing options for: Chelsea 2-1 Blackburn: A good, not great, opening act

It was very interesting to watch the game.
-Roberto Di Matteo

Rob was, of course, talking about the German Cup final between Borussia Dortmund and Bayern Munich, not Sunday's largely irrelevant bout of monkeyshines at Stamford Bridge. We finished sixth in the Premier League - somebody call my mama. 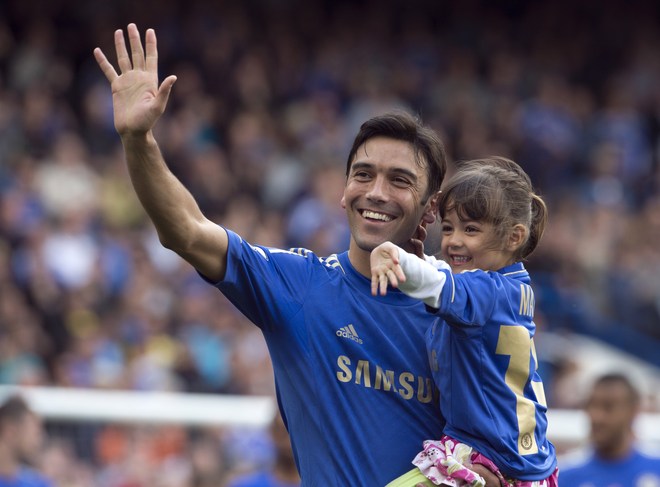 Sunday was Mother's Day, and I trust that most of you at least called and told your madre you love her. It's the least you could do. The least Blackburn could do at the Bridge this holiday was show up; and, you know, aside from about a five-minute span midway through the second half, it was difficult to tell if they had even done that.

You could hardly blame Rovers for being indifferent to the situation. After all, their fate had already been sealed. Relegation to the Championship for Steve Kean and company will not go over well, and many of the players on hand Sunday probably felt like using the match as a casting call. We may not see Blackburn in the top flight for some time.

Chelsea, meanwhile, had reason to engage in sort of a grand frolic as well. The game - the result - meant nothing to the team, serving only as the opening act for the biggest match in the club's history, which arrives in six days. This was a chance to honor fringe players for their commitment over the season and to unleash some of Cobham's young talent (didn't really happen) on the Premier League stage. It was also a chance to rest key members who will be involved in Munich.

Some of those members found their way onto the pitch Sunday. Among them was Didier Drogba, who may have been playing his last home game for the club. He was honored by the fans in the 11th minute, a tribute he acknowledged from the bench, before his introduction in the second half brought forth an even better reception. The Ivorian philanthropist was bright in his cameo, no doubt warming up for what we all hope is a battering ram of a performance against a Bayern Munich defense that will be severely understrength.

If this was indeed the end of The Mighty One at The Bridge, it has been a wild, eventful, fruitful - and ultimately legendary - ride. Here's to hoping for one more season (at the right salary, of course) from the big man. 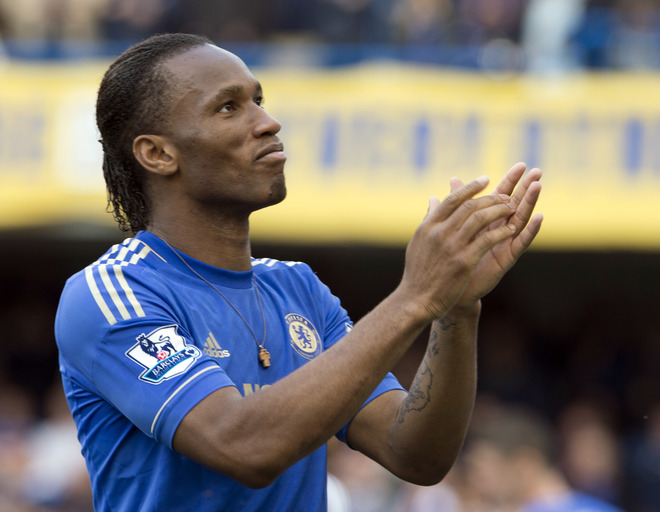 Ironically, or perhaps fittingly, the kid seen as Drogba's sure-fire replacement made his first start in the Premier League against Blackburn. Romelu Lukaku broke free from the shackles of backstage football to leave what I thought was an excellent impression on everyone in attendance. The Belgian, who turned 19 on Sunday, showed great drive in attack and was a consistent threat. He even provided some excellent service from the right flank, highlighted by his assist on John Terry's headed goal, our first of the afternoon. Whether or not he moves on loan in the summer (he will), this was what many of us hoped to see when he was signed for 18 million sterling from Anderlecht.

Daniel Sturridge also impressed, though his finishing was, well, egregious. He almost looked like the player we saw in the early stages of Andre Villas-Boas' reign, popping up in all sorts of threatening positions and creating havoc with pretty much every touch of the football. He splashed his great pace all over the match, and also managed to show some versatility as well, drifting all over the attacking third during the game. It's a shame he couldn't find the back of the net, though, as he had a handful of great looks. Of note were a pair of headers, both of which he managed to skew wide. Well, one, set up by Drogba in the second half, was a chested effort but you get my point. Regardless, this is what we needed to see from Sturridge, particularly ahead of the CL final. I think he might find himself in the starting XI come Saturday on this evidence.

Also of interest was the introduction of Fernando Torres. He played alongside Didier Drogba, and at times shifted to the right flank. Though chances were at a premium, I still thought Torres looked confident on the ball and hungry. Di Matteo could be contemplating starting both strikers in Munich.

Some of us were disappointed not to Lucas Piazon make his club debut, but, revisiting the idea now, it was probably the correct decision. How much is he really going to get out of 20 minutes in this type of match? I think it was far more important to keep Drogba and Nando sharp ahead of Saturday. I know, a lot of you would have rather seen Lucas than Paulo Ferreira replace Florent Malouda. But come on, Paulo is the man. Look at the above image!

Anyway. That's about all I have for this one. Fortunately I was able to watch the second half on DVR because I, like most of you, switched over to catch the madness that was Manchester City-QPR. I dare say that level of league drama will not be matched for generations to come.

Just another quick note. Today's match may have been the last for several players, not just Drogba. Malouda, Salomon Kalou, Paulo, the Michael Essien impostor - they all could be heading for the exit this summer. Before slagging off some of these guys, though, take a few minutes to remember how much they've actually contributed to the club's success over the past several years.  All of them have played a significant role in that regard, and they deserve to be honored for their outstanding contributions. Well done to them all.

Now, on to Munich. This is going to be a wild week, isn't it?