Back to our regularly scheduled programming. More, after the jump: 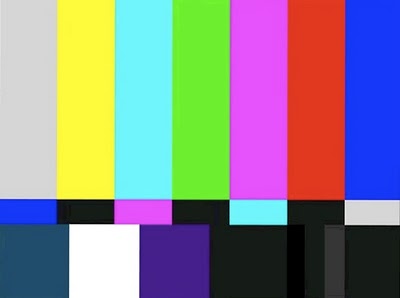 We interrupt this program to bring you special coverage

Right. Back to the domestic front then, and a two-match in three-day stretch seeing the first encounter against a battling Wigan outfit at Stamford Bridge. News has already trickled out of Cobham confirming the absence of two members of our backline, while one of our midfielders will not be risked ahead of the run-in. So it's looking like one of those sneaky matches wherein we shuffle the deck, come out flat, and potentially capitulate in the final five minutes. Yay. On to the specifics:

Why: Quite simply, because we need wins. More importantly, we need to use these PL matches as a springboard ahead of our FA Cup and CL matches with Spurs/Barca. Our quality has to improve dramatically if we're planning to pull off any sort of upset, and it starts tomorrow.

Us: Ruled out for tomorrow are Frank Lampard (knee), John Terry (ribs), and Ashley Cole (ankle)- essentially our English international contingent. Quite frankly, I wouldn't have thrown them out there anyway so it's all well and good that the trio will get themselves a bit of rest. Our last encounter with Wigan ended in a dull 1-1 draw that saw the beginning of the end for AVB. Here's hoping this one won't spell a similar demise for Roberto and company. Prior to our December stalemate, we've absolutely OWNED Wigan, to the tune of an aggregate scoreline of 15-0 over our previous three encounters. Scintillating stuff. With the derby scheduled against Fulham on Monday, however, it remains a very likely possibility that RDM will shuffle the side in favor of some fresh faces.

My expectation is that a few of the regulars will get some rest, likely Juan & Mikel will find spots on the bench. Elsewhere, I could see David Luiz get a breather, while Kalou might find a spot on the bench for this one too. With the removal of Ashley Cole from the picture, I'm crossing my fingers and hoping for a Ryan Bertrand PL start (his first of his young career). So, without further ado, I'll gambit the following side: 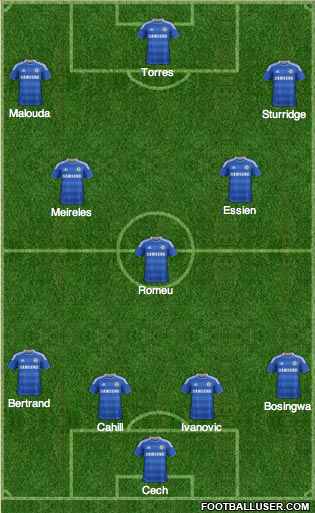 Starts for Bertrand, Bosingwa, Romeu (yes, he's alive), Essien, Raul, Flo, Danny, and Gary. There exists the chance that I'm completely off my rocker with this one, but I'd venture this is a capable enough side to see off the threat of Wigan. I returned to the 4-3-3 shape figuring the influence of Mata would make it difficult to play with a forward behind Torres, however, we've seen that Flo is capable of filling that gap in small doses. Might indeed necessitate the inclusion of Sala or even Didier out wide? Lord knows.

Them: Wigan are having themselves a good, errrr, two games? Indeed, they've strung together consecutive wins for only the second time under Roberto Martinez. They'll be without the services of Hugo Rodallega, but will welcome the return of Mohammed Diame. The last time Wigan put a sustained stretch of wins on the table was in 2008, when Steve Bruce was stewarding the ship and they finished a respectable 11th place. It's looking dire at the moment for the Lactics, however, despite this brief flirtation with staying alive, there exists the very real possibility of them falling into the relegation zone come judgement day. But lets not get ahead of ourselves- this is a side that will be playing free and lose and ultimately bolstered by the notion that they have nothing to lose. Nobody in their right mind is betting on them to triumph tomorrow, December's result notwithstanding. Underdog status can be a dangerous weapon when cultivated appropriately. Bear in mind, they play us tomorrow, host United on Wednesday, and close next weekend with a trip to The Emirates. They need points for their own reasons, and they'll be giving everything they have in the tank to survive.

Conclusion: Nothing but a win tomorrow will satisfy us all. Should it be of the comprehensive variety, I will be undoubtedly pleased. Alas, if it comes of the just-barely variety I'll be disappointed. But nevertheless, a win is a win. Although, now should really be the time we start putting together a string of dominating performances to increase our confidence ahead of the Spurs/Barca/Arsenal stretch.