Show of hands if you saw this coming. 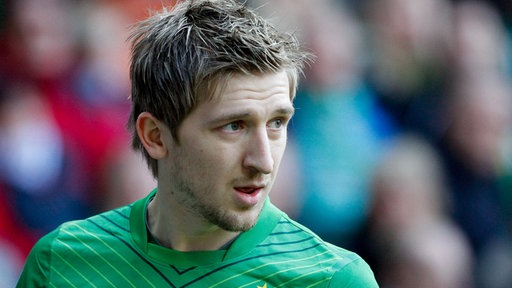 Welcome to the scene, son

Chelsea during the Roman era have been known to pull off some transfers out of nowhere. Jose Bosingwa and Khalid Boulahrouz come to mind. Ricardo Quaresma, too. Today's move, however, may be the most bizarre of all.

Chelsea announced this morning that they had reached a deal with Werder Bremen for the services of German attacking midfielder Marko Marin. The 23-year-old apparently will head to London for the ridiculously high sum of €8 million (£6.5m). Yeah, I think we all can agree that's a steal.

While not a game-changer per se, Marin does bring a lot to the table. And there's the real chance that he reaches his full potential at the club. Anyway. What he does have is proficient skills in areas that Chelsea is in desperate need of filling. He's a versatile midfielder who can slot in across our frontline whose great pace is a great addition as is his shiftiness.  Marin isn't going to give us much defensively (like Mata), but his introduction should help us deflect some of the creative responsibility, and pressure, away from our wonderful Spaniard as we move forward - which is vital.

I had a really good time with Werder, together with many great guys here, and I have lots of nice memories, but I am looking forward to the challenge of playing in the Premier League with such an established club.

And then there's that price. If true, we've set ourselves up really well here. Not only have we secured a very good, very valuable, squad player that adds to our much-needed creative reserve, but we've secured said player for peanuts within the grand scheme of things. What this effectively does is allow us to continue to pursue world-class targets this summer at the same time that we're adding depth.